Elliot opens up the episode with some trippy meditation recital he learned in High School. I’m just too creeped out to get into it, but it comes into play later in the episode.

Following the Mexican restaurant shooting at the hand of the Dark Army, Dom is in the hospital beasting on the medical man trying to get her to take it easy while all she wants to do is throw a giant middle finger into the faces of every soul brave enough to look her way as she Cripp walks it back to the crime scene. But she can’t, so she settles on a one on one chat with her boss, Agent Santiago. Dom lets him know that she’s a Jersey girl and a little shootout ain’t gonna cause her to go into shock. Oh, and that she remembers perfectly, when she explicitly told him this would happen if he released the sketch. He knows, but China done dished out a 2 trillion dollar loan to the US and shit done changed boo boo. She thinks its a trap. He (and most of America, probably) thinks its a God send.

Angela out here getting snitchnapped. She was about to spill da beans and winds up tied up in the back of a big ass dogcatcher? van. They drive her to some town and walk her through a pretty modern and dope looking home. Where she is sat down is where shit gets real fuckin weird. I’m talking twilight zone meets phantom zone levels of weird. They got shorty in a pitch black room. These creeps got a huge coy fish swimming around in a big ol tank, as they sit Angela in front of a desk that was drudged up from 19 fuckin 86. A “Hang in There” cat poster hanging on the wall. Rotary phone. Ancient computer. The popular Commodore floppy drive sitting there just begging to receive a floppy disk. 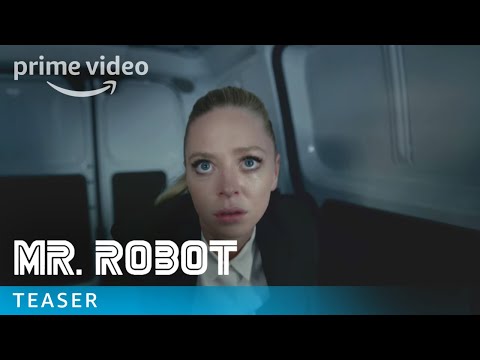 THEN this freakishly small human being, who I hope is a child, pulls up and begins to ask her some freaky ass questions. Not weird freaky. Rick James freaky. She talking bout “our time is running out” because the fish tank is leaking water and she’s supposed to care? Ohh the beating scars..oh okay I see. The girl returns to her question, “Have you ever cried during sex?” Angie from da block finally answers, “No”. The psychological tormenting questions continue..

Price out here pitching his e coin deal to Jack, some sucker ass Washington politician. Jack not constitutionally with it, but of course Price tries to flip it by spittin alllllll the good shit you want to hear. Having Ecoins value equal a dollar will be good for the economy. It will give you breathing room. They’ll use this against the Chinese by using the money to rebuild banking. Hard cash is fading. He says every single wallet will be open and visible. The government can regulate the money all they want as long as the president allows the deal to go through. Yada Yada, damn this evil wench is good! He ends his flipped scrip Gargamel speech with, “Don’t hold a personal grudge just because you lost. Defeats can still be profitable.” WHAT KINDA SHIT?

Then comes THE question. “Is the key in the room?” Angela doesn’t know how to answer it. Then a call from the ancient phone. They start asking her questions that lead to her to answer yes to the original question, and says that the key was in her fist the whole time.. because.. she looked at the Lolita book, by Vladimir Nabokov on the desk and the cover was someone making a fist???

I don’t know man, that shit just got outrageous levels of strange.

[quote_simple]Sidebar: Fact. Dom’s best friends is Alexa. Question. She fallin in love with the AI?[/quote_simple]

OUT OF NOWHERE!! White Rose rolls up in Angela’s new bedroom. Coy fish all dead in the background. She allots Angela 28 mins of her time, but Angela ready to bolt until White Rose shows her the light.

They start talking about doors and the unlimited possibility, the potential power behind them. White Rose chastises Angela for being stifled by a metaphoric lock. When Ms. Moss bugs out, Rose tells her that the little girl with the marks on her back had on body makeup and was a part of the test. Angie got info on international person of power and they needed to meet so White Rose could fully understand why she’s so special to Philip Price. They tells Angela that she needs to cool it on her mission to confess her crimes. When pressed with the slightest bit of, “You should’ve been dead 90 days ago” fear, Ang offers up the drive. But Rose knows she could keep digging up dirt. She don’t want the evidence. She wants her belief. Angela out here in this showdown like..

Elliot wakes up and right off the bat, asks how long he’s been asleep for. Mr. Robot is rummaging thru the menu stack, finds what he’s looking for (A cipher message) and sits down to go to werk. Only this time, it’s not Mr. Robot bugging Elliot in the real world, its Elliot who becomes the observer. Turns out someone is trying to make contact with Elliot. Mr. Robot is in these hacker streets deciphering some insane ass algorithm coding lingo as Elliot sits back and observes this mastermind of mind takeover. It turns out to be a phone number, but who’s? A distorted voice tells him 25th and 8th. A cab will be waiting. 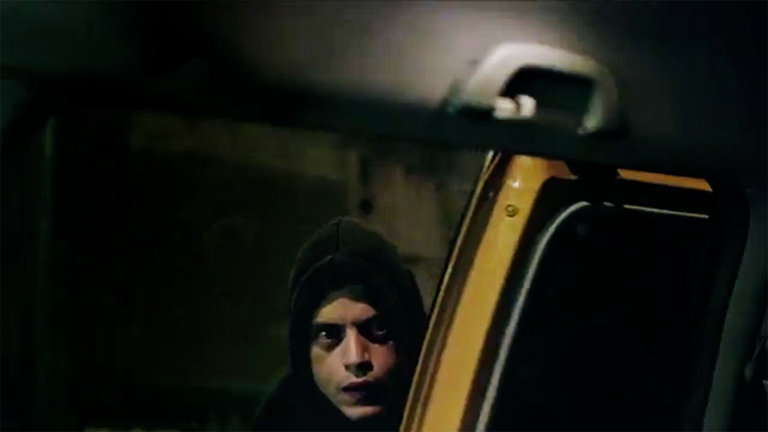 Like clockwork, Sam Esmail rears his intellectual head. The news continues to lowkey be the best non acting aspect of this show. They are a perfect representation of todays instantaneous updates and news bulletins. Sugarcoated propaganda. Influential power unlike anything seen. On the screen, Price is touting his revolutionary new Ecoin loan program. It’s going to be great for low and middle income borrowers. The economy will be great again, and it will provide relief to all the Americans who got shafted by the 5/9 hack. And America eats out of the hands of 2 men. The snake continues to slither. The lion continues to roam.

Angela pops up at Antara’s crib and tells her to forget about that snitching voicemail she left the other night. All the lights in the neighborhood go dark and when they flash back on, she leans in to say. “Don’t call me anymore” Some Sub-Zero cold shit right there.

Elliot hops in the cab at 25th and 8th and the guy keeps asking him if he’s Elliot. As Elliot tries to figure out why he doesn’t know where he’s supposed to go, in pops Tyrell motherfuckin Wellick!!! He tells Elliot not to worry because their “partners have proven to be very influential”. Elliot bugs out and tries to force the cabbie to tell him if someone else is in the car. Cabbie gives these fools the boot and Tyrell tells Elliot Dark Army said Stage 2 is ready and that Elliot will be pleased. End scene. End perfect setup episode as the finale looms in the distance.

When the fuck was 90 days ago? What White Rose up in here talkin bout?! It’s about a month off from being the 5/9 hack date, but who knows how time works on this show.

YO. That Lolita book, after some quick SparkNotes research!! INSANITY. PEDOPHILIA. KIDNAPPING among so much more twisted ass details. One thing I did appreciate, with the help of one of our readers (Shout out to Milaxx) a character from the Lolita book named, Doretha Haze is Darlene’s secret chat/text name. Elliot and Angela have code names too; Sam Sepiol – Elliot and Claudia Kinkaid – Angela. Kinkaid is from the book Mixed-Up Files of Mrs. Basil E. Frankweiler about a little girl who runs away & lives in the Met. Angela & Elliot used to talk about running away to the Met as kids. Sam Sepiol is a combo of the names of show creator Sam Esmail and USA development chief Alex Sepiol. A little insight for ya.

This show has Easter Eggs for days..

Speaking of, that Commodore game Land of Ecodelia as the text on the screen tho?