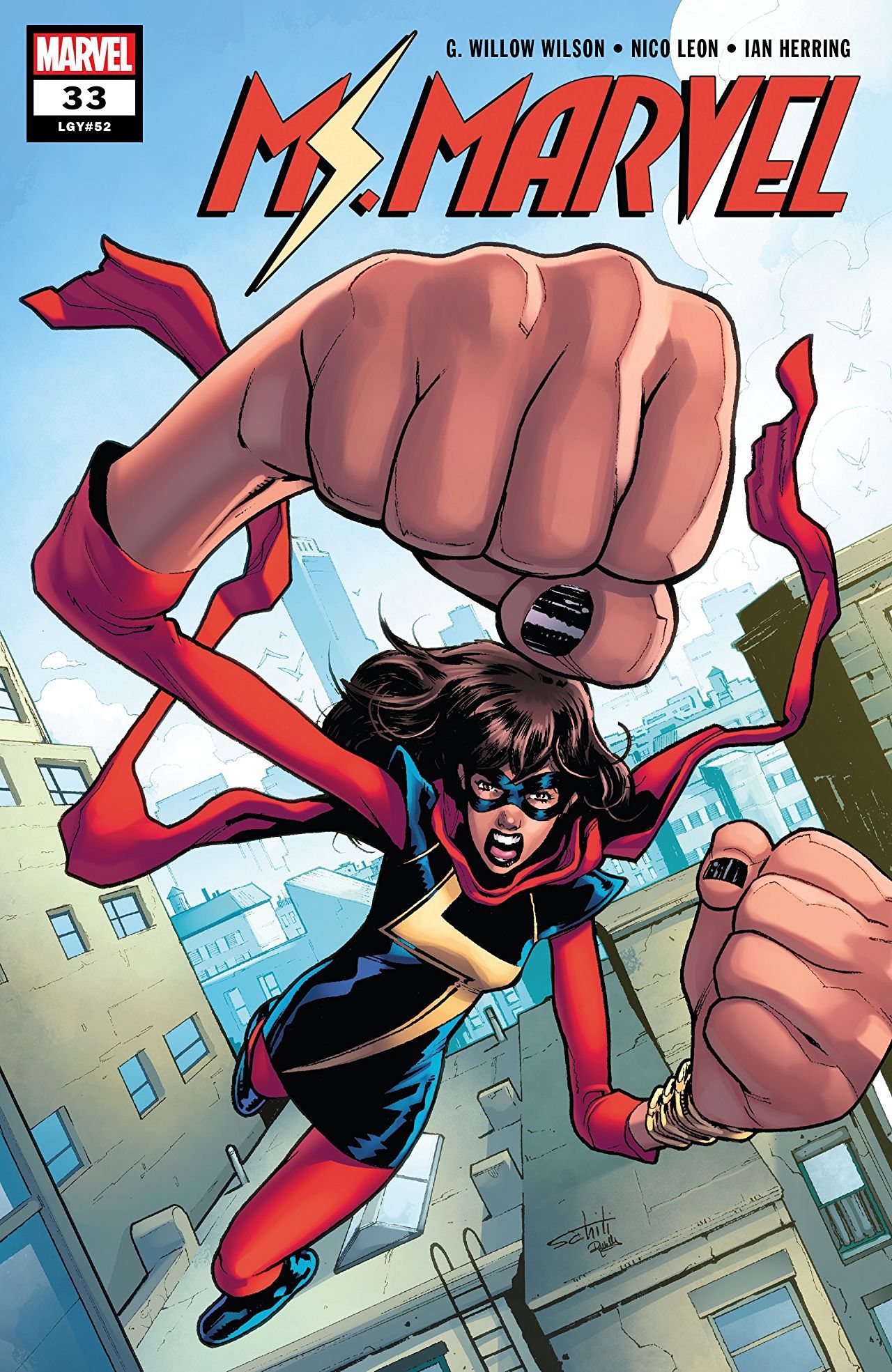 When we left our hero Kamala, her powers were controlling her instead of the other way around. She’s fluctuating in size, thickness, and everything else, seemingly in response to Bruno’s latest research question: how does Kamala do what she do?

Of course, this unpredictability comes just as a new villain, The Shocker, has come over from NYC to plunder the Jersey City suburbs. 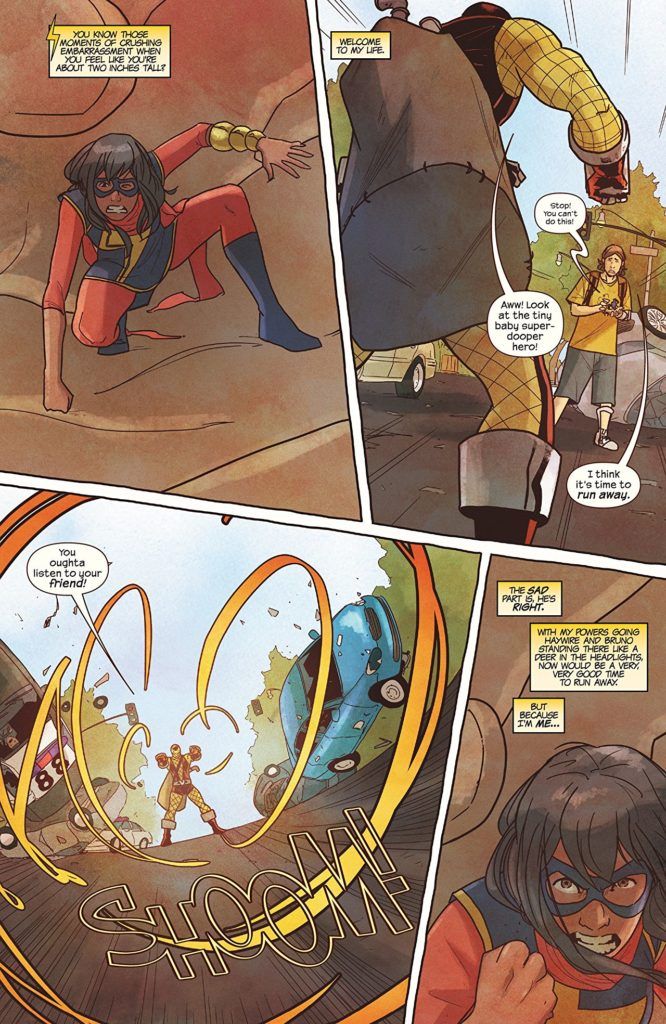 Kamala stays on the job, chasing down The Shocker, while Bruno retreats to the lab to try to figure out what’s gone wrong. With him, a hilarious voice activated X-Toy that he’s named Professor Xavier, that is basically a superpowered Alexa. “Hey Alexa, set an alarm for 1 hour from now. Also, how do Pym particles work?” 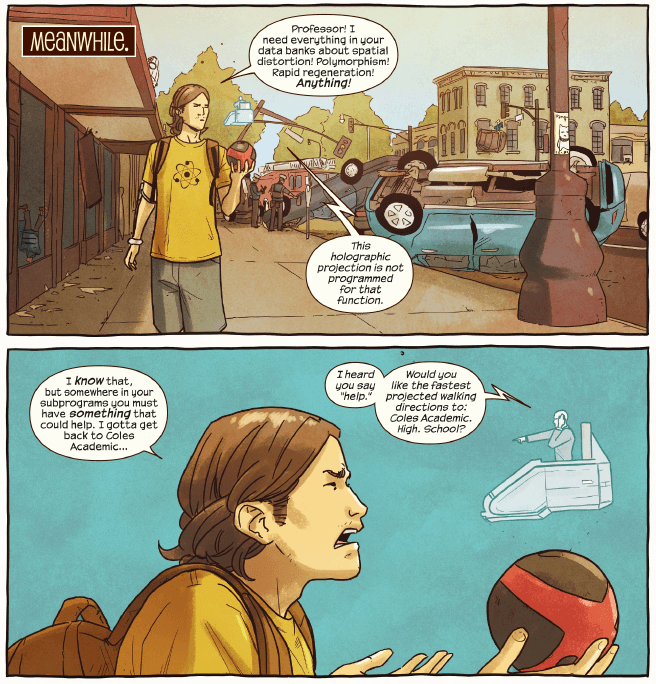 The artistic work continues to be hilarious and strangely touching. Bruno maintains 4 chin hairs, a constant reminder of his age. Kamala morphs and stretches, bending the edges of any art style. Leon and colorist Ian Herring handle it all deftly. And what they do with The Shocker’s secret lair? Honestly laugh out loud good.

Part 2 of The Ratio is nearing the peak, with the complications coming fast and furious. But Kamala and Bruno, deep back in his sidekick job, are up for the challenge. The only question is, how zany will this get before the solution presents itself?