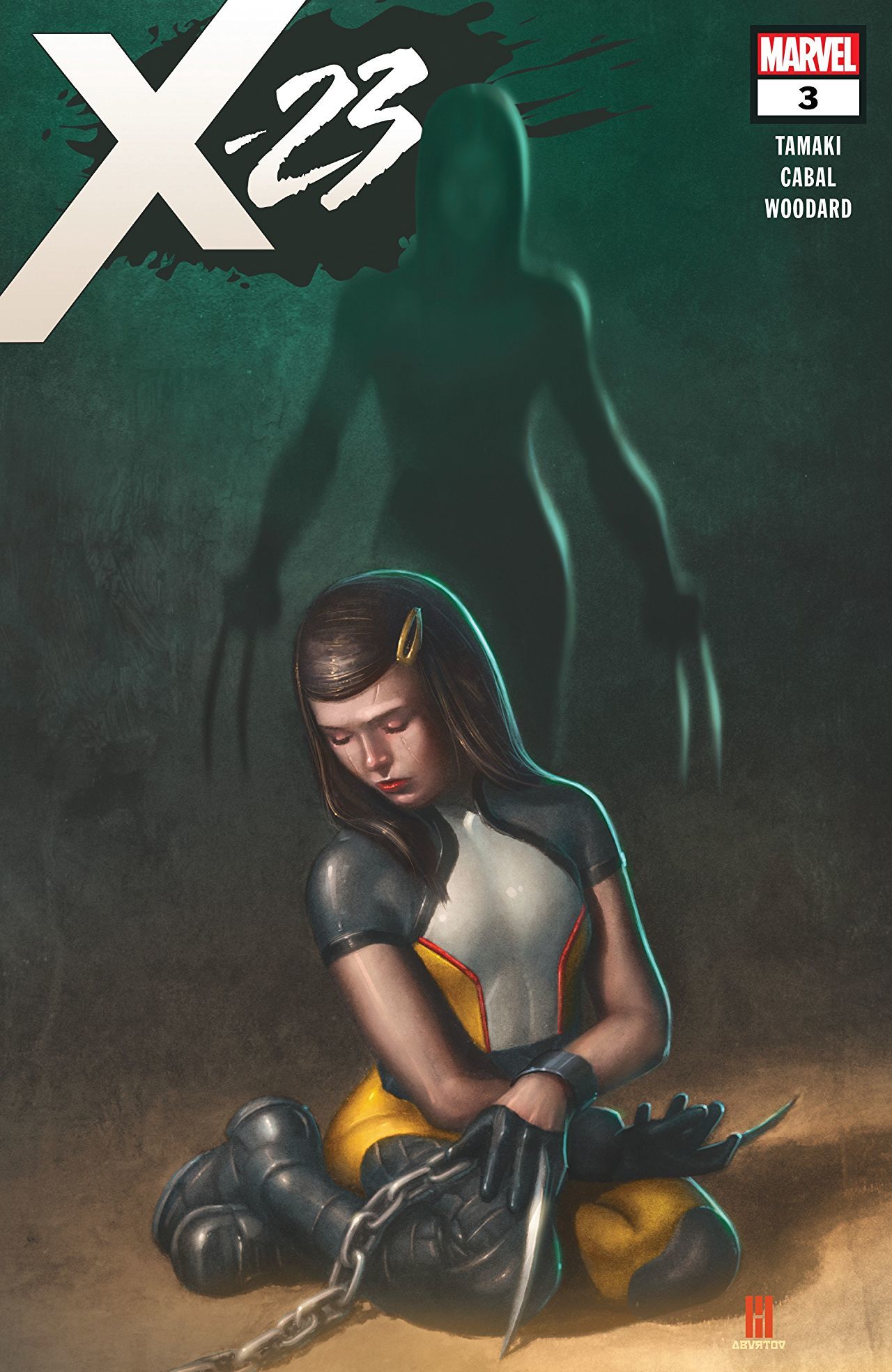 It’s crazy when you realize how far Laura has come from being a cloned, brainwashed assassin to a hero who has found the family she deserves. She is also one of the few Legacy characters to actually age within the Marvel Universe and her journey has been quite the traumatic one. So it’s great to see writer Mariko Tamaki use that past to justify Laura’s motivations for this issue and her reason for taking up the X-23 mantle. 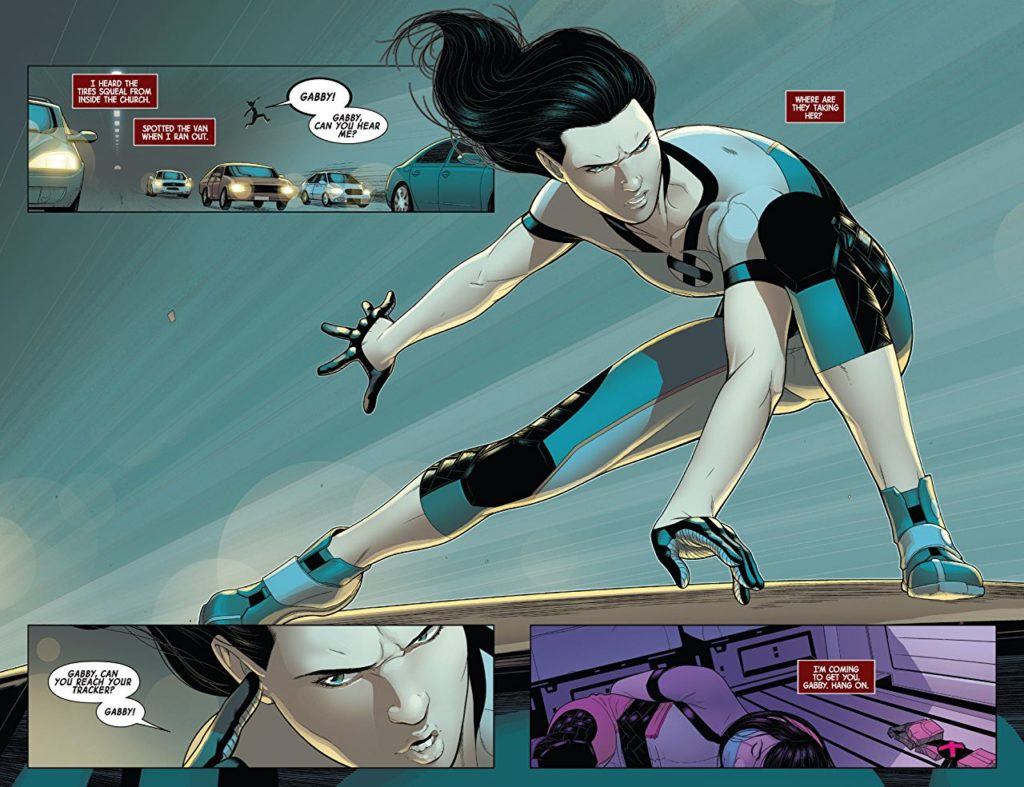 While we do get a legitimate reason for Laura taking up the X-23 mantle again, I’m not going to lie, it feels a bit like a throwaway line just to pacify any reader’s concern. However, in the context of the main story and the kind of situations Laura deals with, it does make sense.

One of the recurring plot threads that keep popping is Laura feelings about being a clone. We dive deeper into just why Laura is so fixated on tackling these clone issues despite what she feels about anything clone related. It’s satisfying to get a better look at how Laura thinks. In a way, the relaunch of X-23 feels like a more personal story than All-New Wolverine did, as far as Laura coming to terms with all the crazy clone stuff in her life. 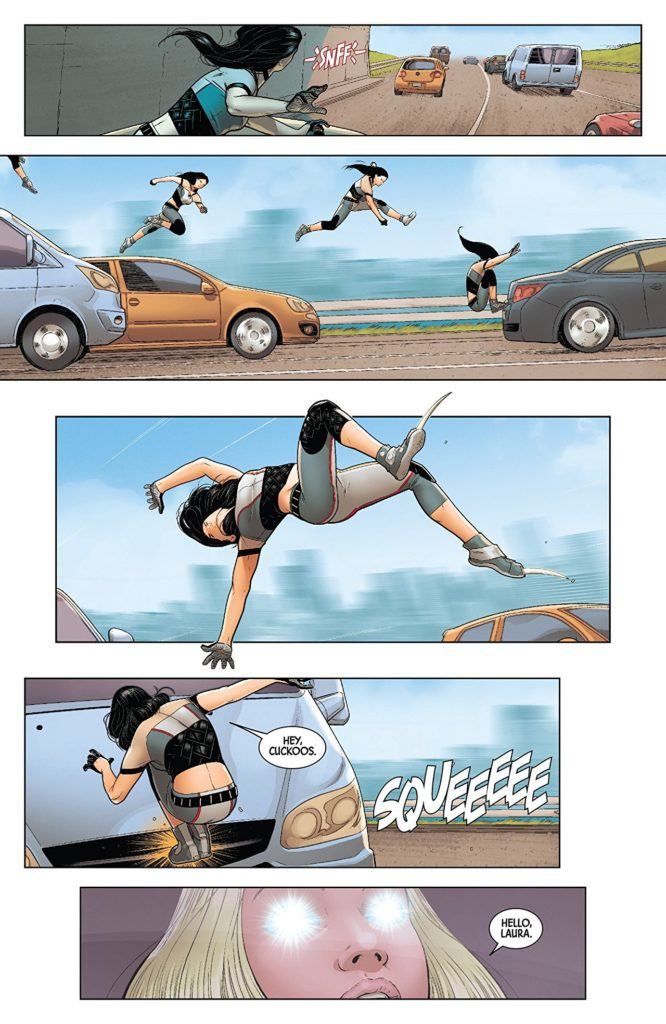 X-23 also gets major props for showing just how much of a badass Laura is when she gets to work. We immediately jump back into the Stepford Cuckoos abducting Gabby in a great highway chase that sees Laura doing her best impression of the Matrix’s highway scene. Juann Cabal draws a woman on a mission and if the Stepford Cuckoos weren’t so damn good at playing mind games, they would be in some serious shit.

While I still feel like X-23’s story would have worked if Laura was still Wolverine, I’m going to put that issue behind me for now. Tamaki knows the character well and is giving us a great arc that finally has Laura confronting her past rather than just running into it. Honesty, my only gripe is that there wasn’t enough Gabby. There can never be too much Gabby.