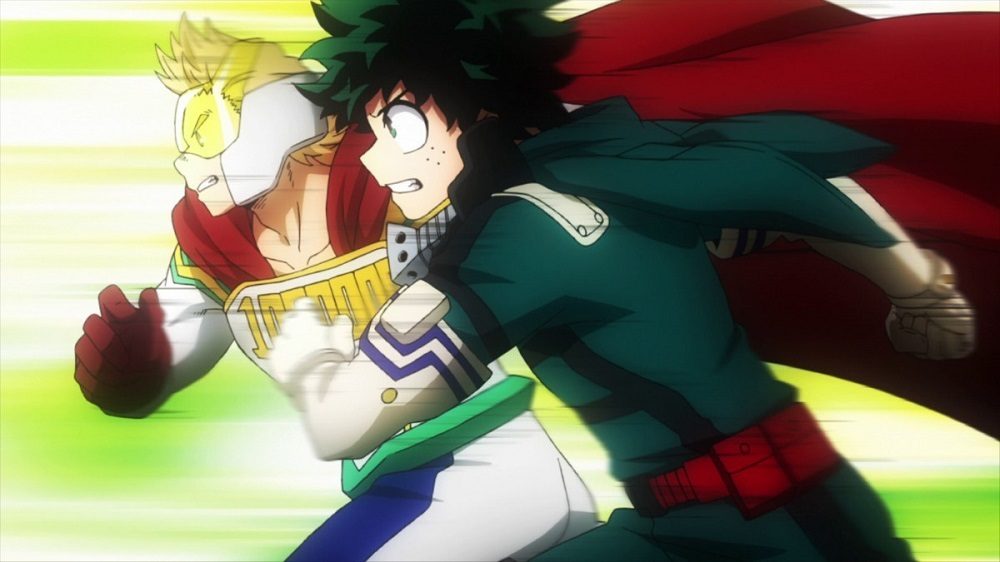 We pick up with our heroes a few days after the meeting and everybody struggling to stay focused. They now know what the stakes are and the primary mission is to rescue Eri from Overhaul and dem villains. They also got in their head that this shit might be more complicated then they first thought as Eraser head done prepared them of the possibility of the League of Villains getting involved. If that’s the case, the young heroes gotta back the fuck off.

Regardless, Midoriya being distracted leads us back to the strength of MHA, that unbreakable bond of friendship, yo. Even though Lida and Todoroki have been mostly sidelined this season so far, they can both see how distressed Midoriya is and give our little homie assurance that they will always have his back. Even with the shifted focus, the secret mission and the intro of other heroes, the heart of this shit still here at the academy. Very dope Todoroki’s reinforcement that being a hero doesn’t mean you can’t cry if the need arises. 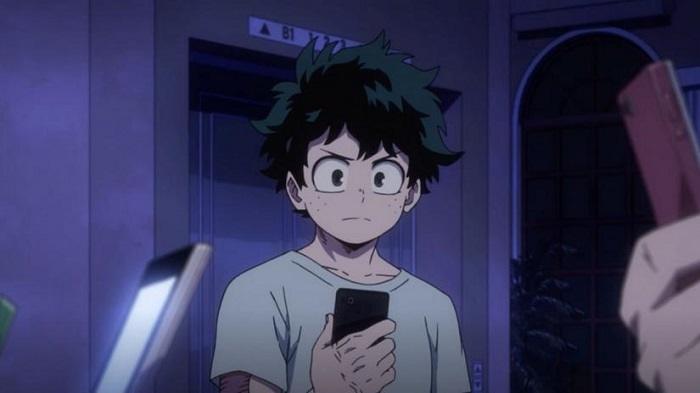 While our young heroes are in school pretending they not about to do some of the most daring shit ever, the pro heroes are narrowing down Overhaul’s location. That shit finally drops it he middle of the night a couple days later. Group text done woke up the youngins cuz shit bout to get real.

The rest of the school is starting to get wise that some shit is going down with the work study students and it’s a shame some of our faves like Todoroki or still mad at everything Bakugo aren’t involved, but I’m sure there’s plenty of season left for them. Right now, its’ attack the stronghold time. Nighteye followed one of them Hassaikai dudes to see where he would go with that Glitter Squad doll. Even though Nighteye never explained why he bought one himself…

That Foresight got them the location and ain’t no going back now. Which actually got these dudes hype. Mirio done did the hype dance, the rest of the big three giggling (well, only Nejire-chan, Suneater the most emo of emo muthafuckas).

Of course, there’s a leak cuz Overhaul and dem know the heroes are on their way. They don’t seem even a little worried as they make preparations. Overhaul goes to check on his pops?!? Who’s in a hospital bed hooked to a monitor? Lawd.

The heroes and police are outside the stronghold about to knock politely and issue that warrant. I mean, that goes about as you would imagine. Before they can even ring that doorbell, the villain Katsukame come crashing through the door like that shit was fourth & 1 on the goal line. He bout merked a few cops off rip before they knew what happened. But Ryukyu the muthafuckin Dragon got that shit handled when she TURNS INTO A MUTHAFUCKIN DRAGON to take Katsukame down. The Heroes start rushing in and you know this shit bout to get Mes-sy. 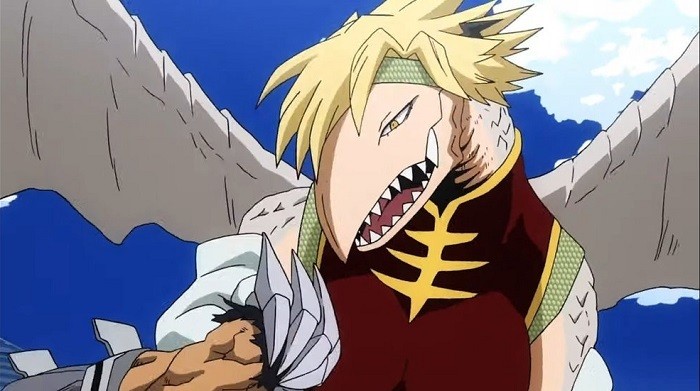 And it ends there. Cuz of course it does. Next episode we bout to get all the smoke with the Eight Bullets, the Big Three and Midoriya trying to find some redemption.

In the epilogue Overhaul is mobilizling his folks and using the Eight Bullets to buy them time for an escape. Can. Not. Wait. 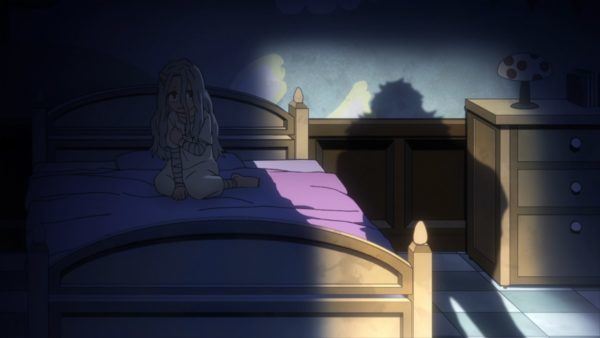