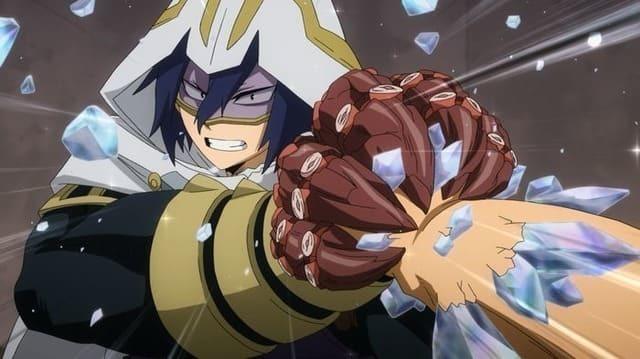 The eighth episode of My Hero Academia starts off with a brief monologue from Tamaki a.k.a. Suneater of the Big Three. We see him in the typical elementary school introduction segment and after meeting Mirio puts some light in his eyes, the present action commences in full force. 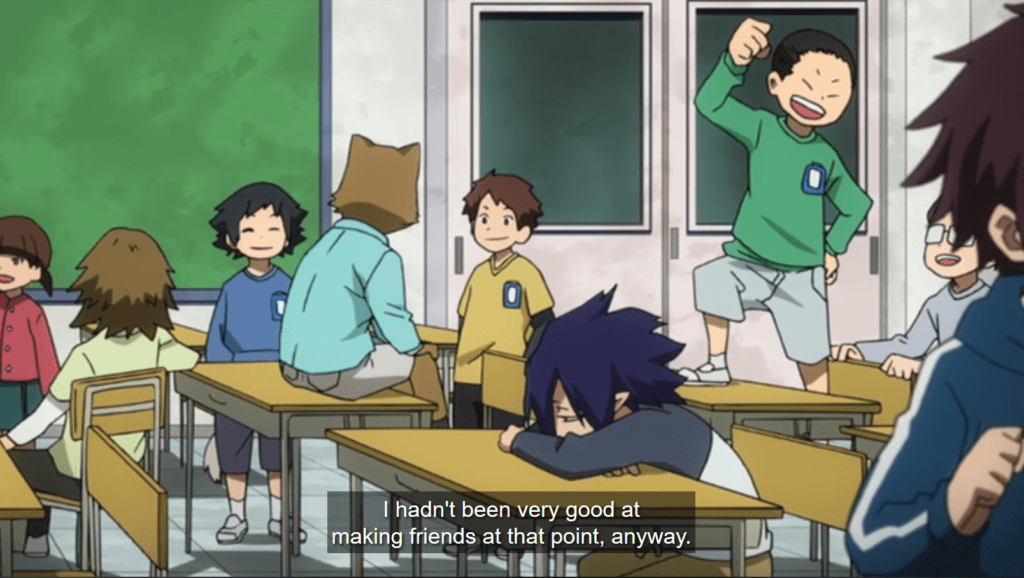 The raid on the Shie Hassaikai hideout started last episode, but now our heroes are storming the stronghold in full force in an attempt to save Eri at all costs. As the aerial pan shows a mix of heroes and police taking on goons, Sir Nighteye leads a small contingent through the front door and then the secret ninja puzzle door that Sir Nighteye has the cheat codes for. As they enter the underground labyrinth, a villain injects some Quirk-boosting drugs directly into his neck and begins shifting the environment around. This proves problematic for most of the heroes except for Mirio who embodies the “the shortest distance between two points is a straight line” mindset and just… books it (side note: his costume is made of his hair. How long did that take? What if it gets damaged? So many more questions that I don’t want to dwell on). The rest of the heroes get trapped with some goons and while the pros are willing to stay and fight, Tamaki makes a simple declaration. 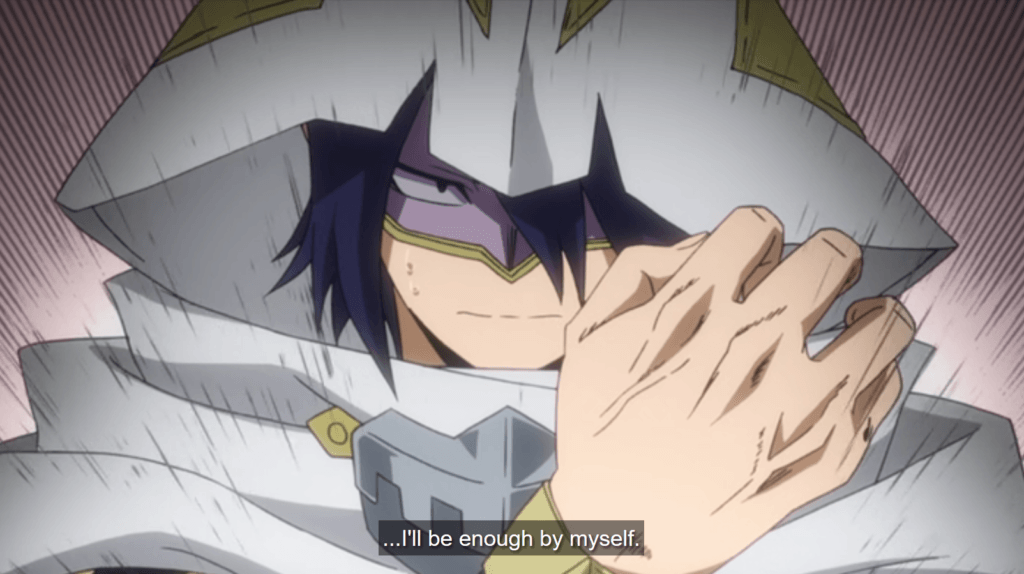 Now of course, most of the pros are thinking “you’re a student intern. You can’t take on three villains by yourself.” Fat Gum backs his protege up with the reasoning that if this introverted, anxiety riddled hero who has managed to (literally) claw his way to the the Top 3 of the most prestigious hero school in Japan, so they should probably take his word for it.

Cue Suneater taking some blows from the trio of villains up in front of him and someflashbacks to his schooling days where he’s struggling to use his Manifest quirk to his teacher’s standards. 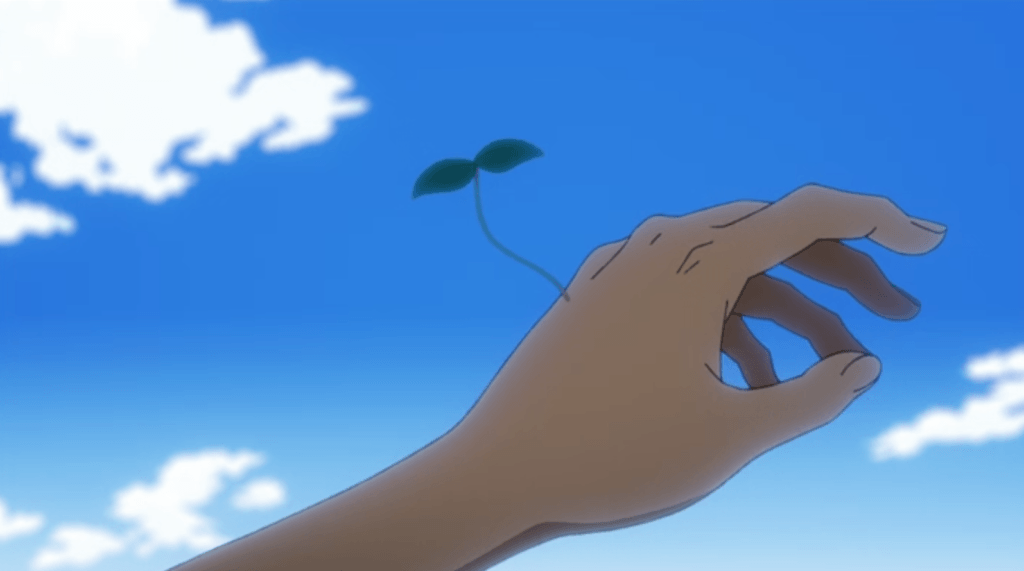 Later that day, Mirio and Tamaki are walking home and Mirio finally manages to get through to Tamaki that he is going to be a capable hero in his own right if he just believes in himself. It’s one of these sweet moments where we see why Mirio’s the closest to the No. 1 slot. He’s a galvanizing, inspiring figure who actively builds up others. Deku’s great, don’t get me wrong, but he has a much more subtle, awkward approach to Mirio’s direct earnestness. Both bring out the greatness of their peers, just differently. 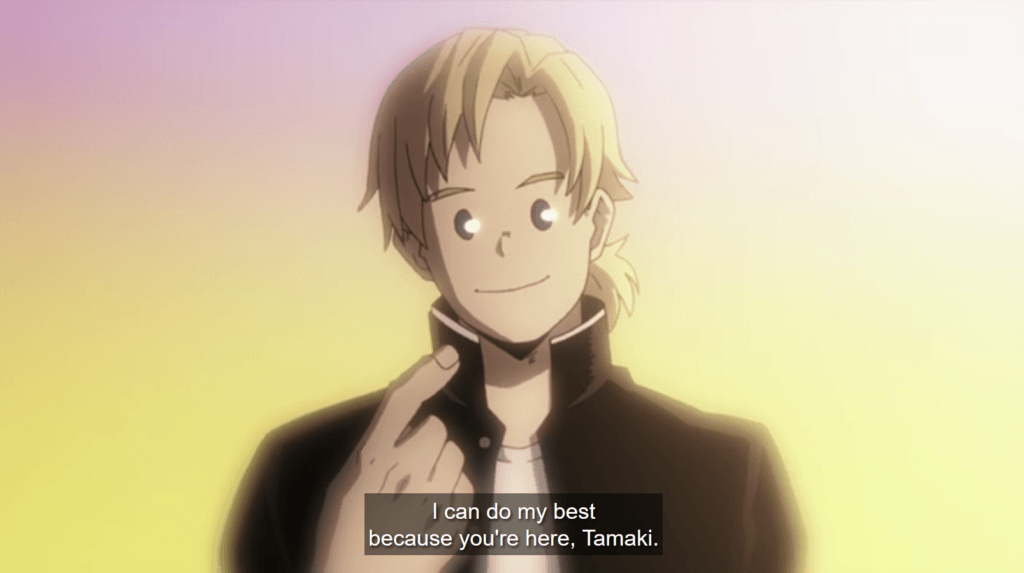 Tamaki, still fueled by his desire to become a hero that can live up to Mirio’s standards, thinks back to all of his intensive quirk training and manages to turn the tides temporarily with his ultimate move. 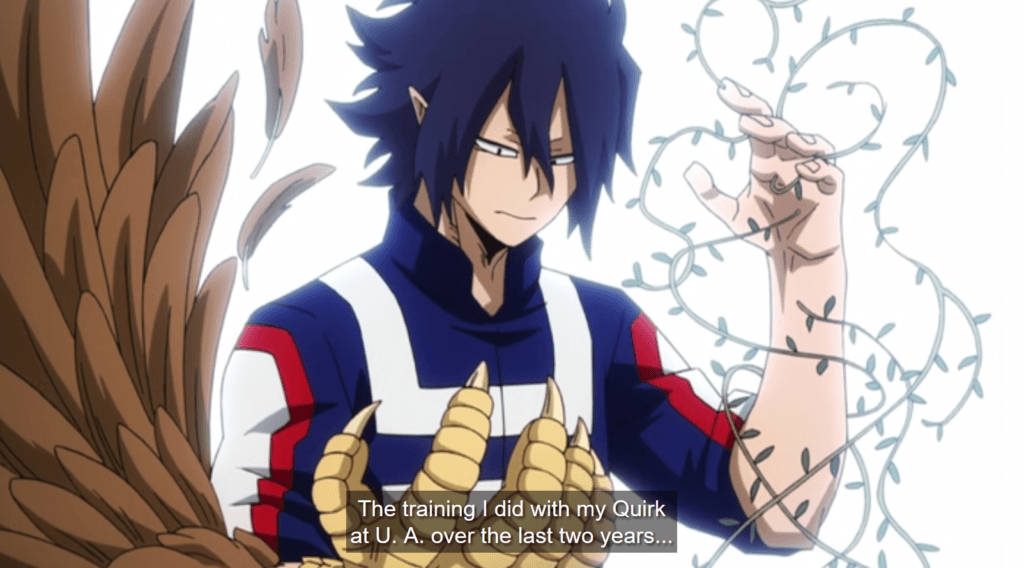 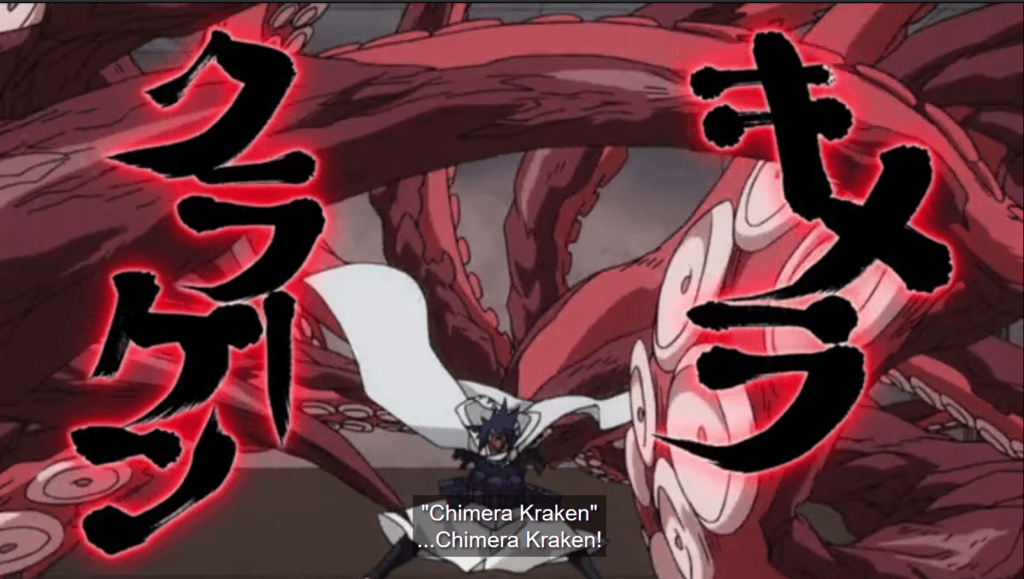 And while the villains have impeccable teamwork, Suneater deftly manages to put an end to their threat despite/because of their bonds. 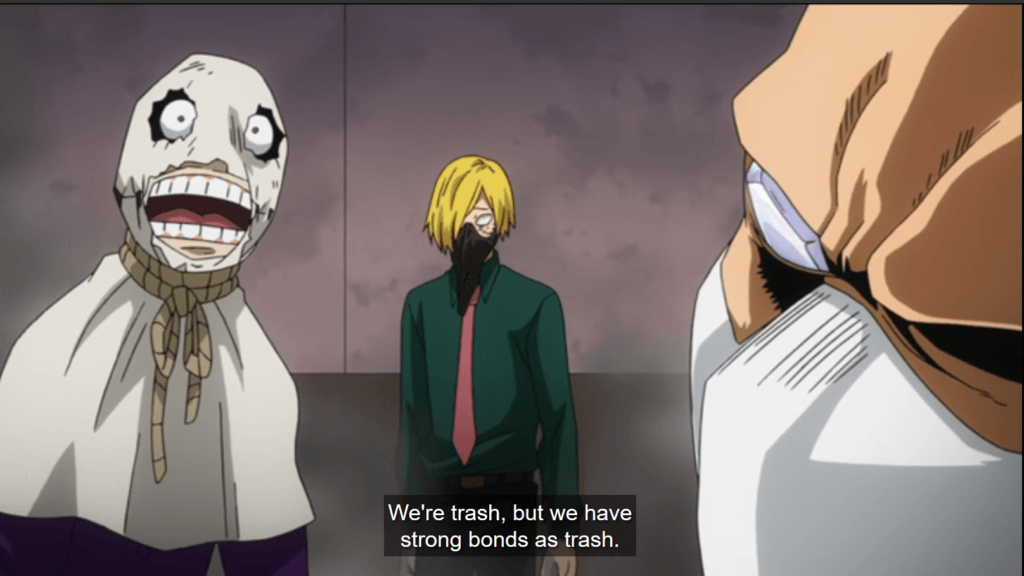 This episode was kind of a standalone episode but listen: in this one episode, we got the entire history of Suneater and a proper demonstration of his mastery over his quirk. This is where My Hero Academia excels every time: shining a spotlight on the heroes and showing that each one deserves respect and love, and this is the second character study this season that I’ve just adored. And yes, I’m still excited for Midoriya to return to the center stage, but if this is the quality of the side characters’ arcs… we got lots to look forward to.

Enjoying My Hero Academia? Check out BNP’s review of the rest of the season here.