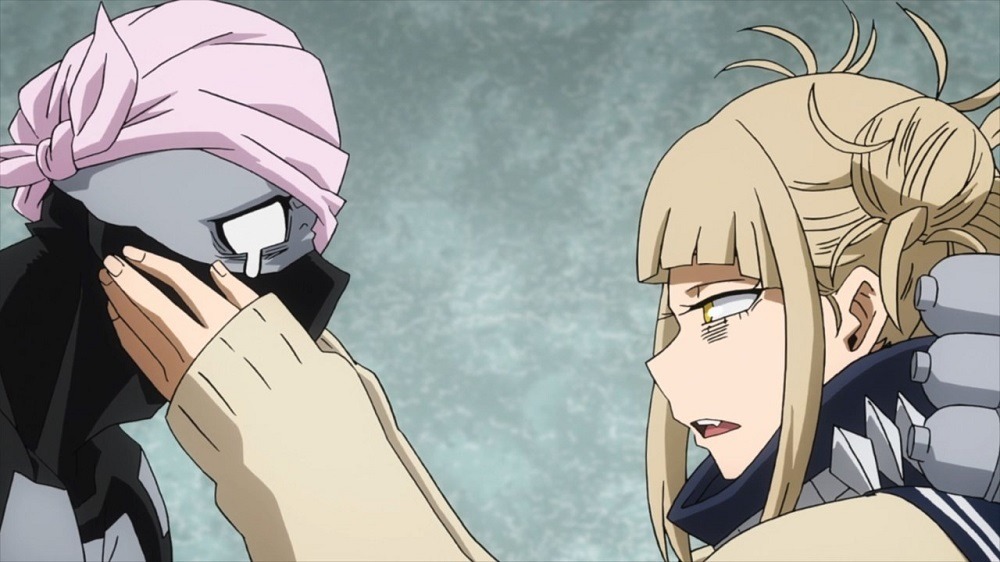 Maaaaan, listen. After Red Riot sacrificed his body so that Fat Gum do that shred workout and obliterate the villains, go back to the rest of the squad. Overhaul is still taking his sweet as time escaping with Eri and he’s using the League of Villains to help him escape. ,

Fat Gum trying to use that Phoenix Down on Red and my dude is so out of it he don’t even know who the fuck is holding him up. But even after Fat Gum hit these dudes with that finisher, Kendo Rappa can still walk and still wants to fight. Cuz that’s all this muthafucka does.

Nighteye and the crew still running after LeMillion who still running after Overhaul. While Fat Gum bandages up Red, he asks Rappa straight up, The Hell Are You Even Doing Here Mane? Rappa talkin’ about he used to fight in the underground, but Overhaul came through and would DISAPPEAR HIS WHOLE DAMN TORSO, killing him, then instantly put him back together. What in all fucks man. He’s only here to eventually beat him on some Thorfinn shit. He also gives up all the goods on Overhaul’s plan to rebuild the syndicate and return it to glory making money off those quirk enhancements. 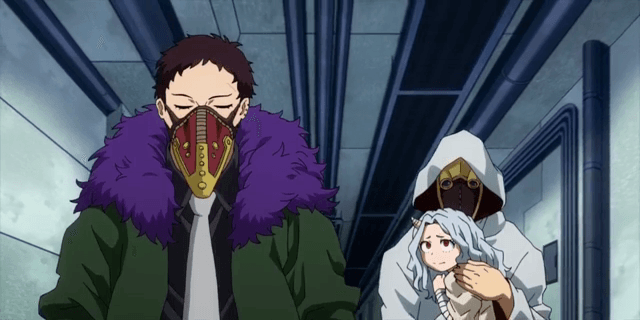 Nighteye and the crew got their hands full cuz Joi keep changing up the hallway on them. Rock Lock is tired of this shit and hits the walls with the breathe & stop one time. And we finally get some Midoriya action when he shoot styles through one of the approaching walls, clearing the way.

Midoriya wearing himself out breaking these walls, but that determination got him pushing through. But…shit ain’t sweet. Joi finally manages to separate them, Nighteye and the police in a separate hall from Rock Lock, Deku and Eraser. Toga ambushes them and take down Rock Lock quick. Like, my dude didn’t even get a chance to flex, quick. They try the same shit on Deku but Eraser saves him in time. 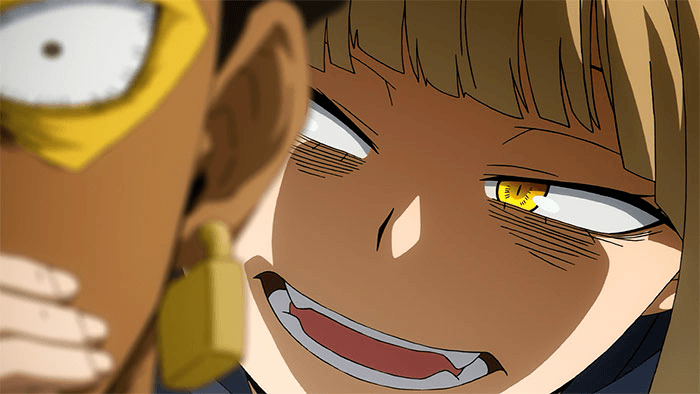 We get the flashback of the League of Villains agreeing to help out the Hassaikai by loaning them some of their best for the cause.

Rappa is all recovered and he coming through with Twice to go up against Nighteye and them. LMAO, my dudes did not know what they were in for. Rappa “grazed” Nighteye which tore his clothes off, but Nighteye one punched that dude with some chess piece onyx knuckles or some shit and cratered the wall with Rappa’s body. Which of course, wasn’t Rappa, but a clone that Twice created. But that dude extinct now.

Twice is in full retreat mode and almost gets clocked by Nighteye before Joi gives him a way out. But Nighteye done cracked Twice’s seal…which means you will have a hard time controlling his quirk.

He meets back up with Toga and we see how and why they became Yakuza. The League of Villains under Tomura is trying to play the long game with the Yakuza. But Toga and Twice are like…not stable. They supposed to be flattering the Yakuza but they mouthing off instead, which pisses off Joi. Now Joi done lost his temper and wants to crush everyone equally, opening up straight up fault line…

And there’s where they left us. Heroes and Villains alike plummeting into…we don’t even know yet.