When I found out I would get to watch the first episode of My Hero Academia Season 4, I was shook to say the least. This was the event that I was most looking forward to at Anime Expo in Los Angeles over the Fourth of July weekend. I was truly surprised that Funimation was actually willing to preview the fourth season this early — the season is scheduled to release on Crunchyroll on October 12th.

Once I arrived, I was greeted by other fans of the series and it was nice to geek out. We all fangirled over Bakugo, of course, and exchanged info. This was a nice surprise because I wasn’t expecting to make any friends at this event.

Before the premiere, there was a panel with some of the voice cast. The cast included the voices of Shoto Todoroki (David Matranga), Pro Hero Endeavor (Patrick Seitz), Villian Dabi (Jason Liebrecht), Villian Overhaul (Kellen Goff), Big Three’s Mirio Togata (Ricco Fajardo) and the Japanese voice actress of Mt. Lady and Toru Hagakure (Kaori Nazuka). The panel itself was light-hearted, entertaining, and informative. I’m not normally a fan of panels with voice actors talking about how they got to where they are, but this one was different. Everyone had an amazing sense of humor and the vibe was right with the perfect amount of energy. To hear that most of them were actual anime fans just like us was refreshing. They all also seemed to have shared similar personalities and traits to their respective characters. To say that the casting for these characters was perfect would be an understatement.

Without giving away any spoilers, the first episode blew my mind. Within the first few minutes, there is a shocking moment that had the whole audience anime gasping. There is an unexpected death that left me staring at the screen with eyes and mouth wide open. However, the rest of the episode made up for that devastation with constant laughter and cheering.

By the end, we’re introduced to All Might’s sidekick, Sir Nighteye, and given more insight to his character and quirk. 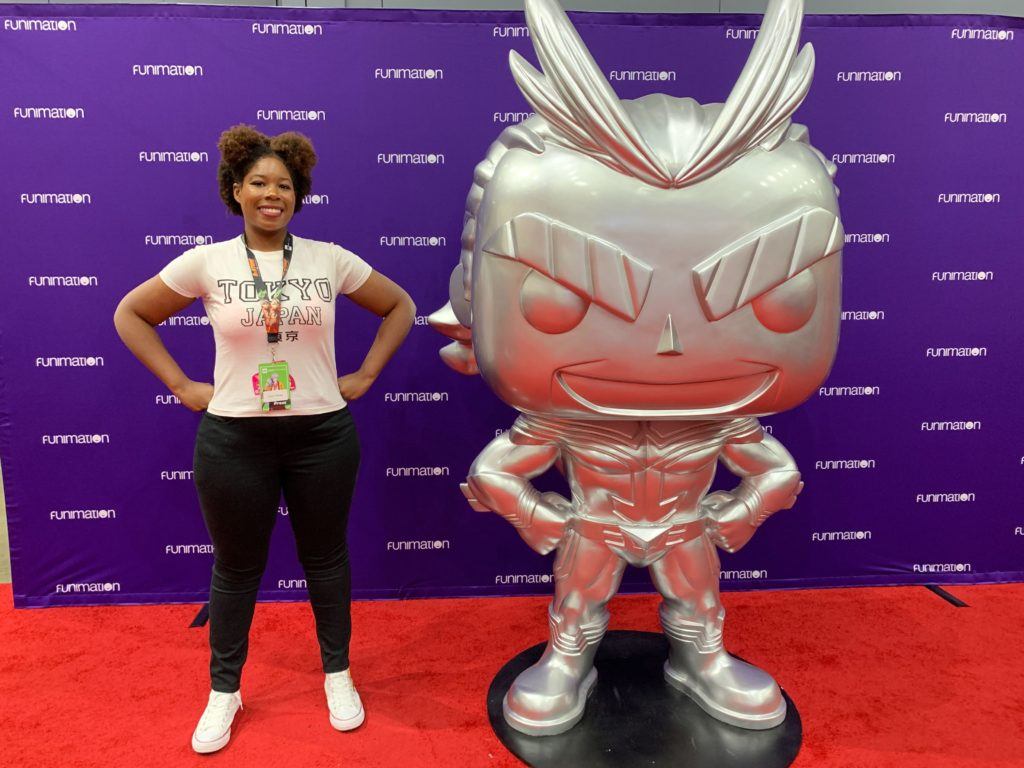 It was the perfect first episode, not giving us too much or too little. The only complaint I have is there was no opening or closing song. That’s always my favorite part! Overall, the event greatly exceeded my expectations. After the episode ended, we all took a group picture which was posted on the Funimation Instagram page.

You can catch the official first episode of My Hero Academia Season 4 airing October 12th this year on Crunchyroll!

In between all the My Hero Academia excitement, I hit the show floor and met so many talented cosplayers of color, I just have to share their work. Instagram links are included, so hit their pages for more pictures!

Link from Breath of the Wild 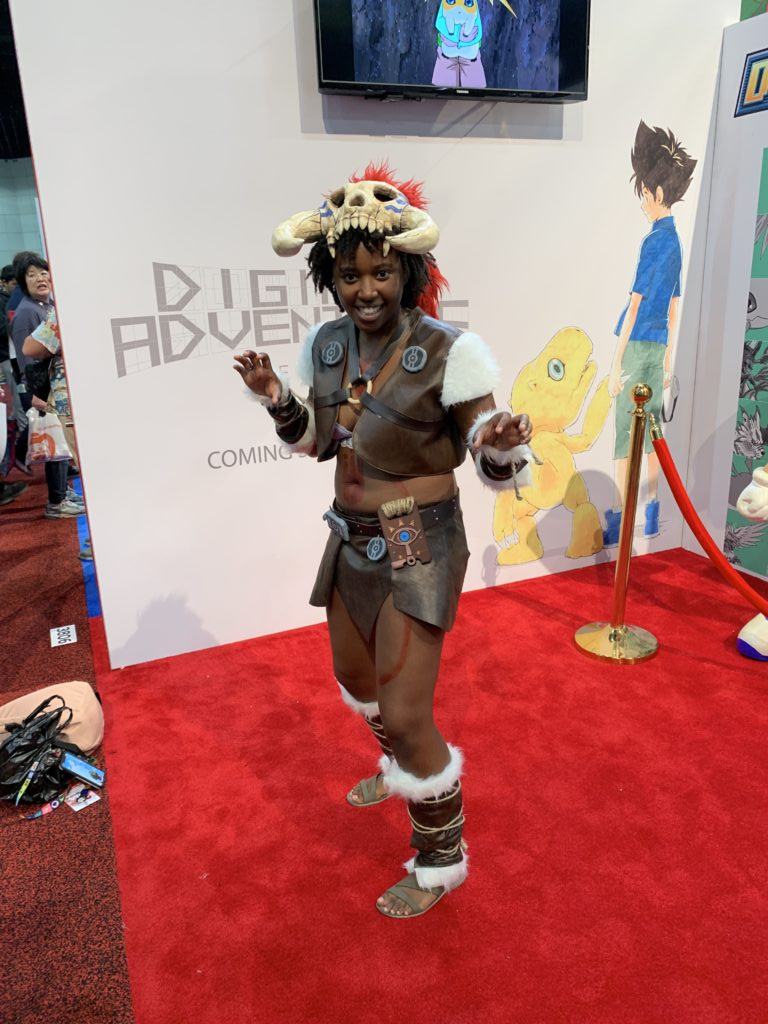 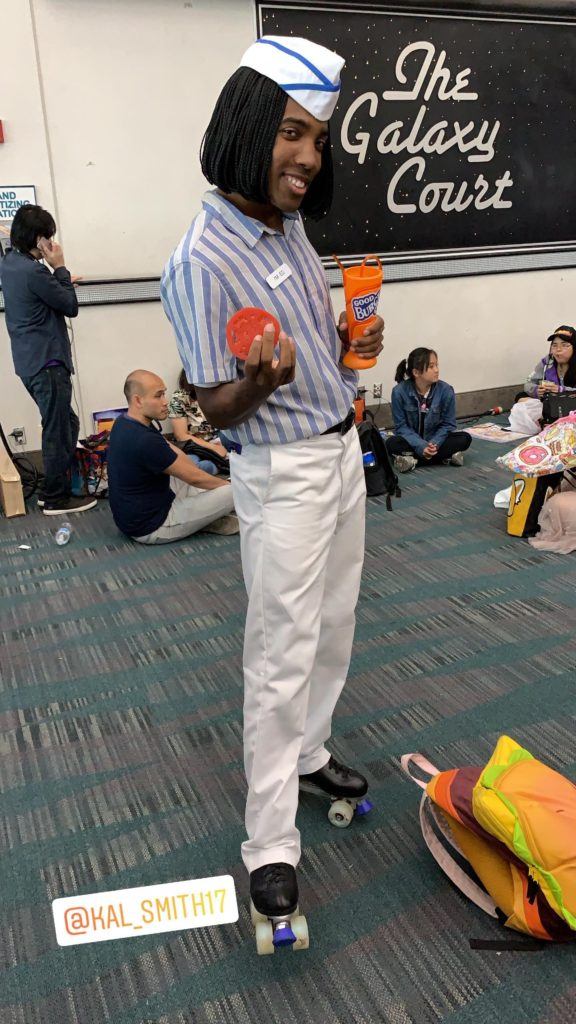 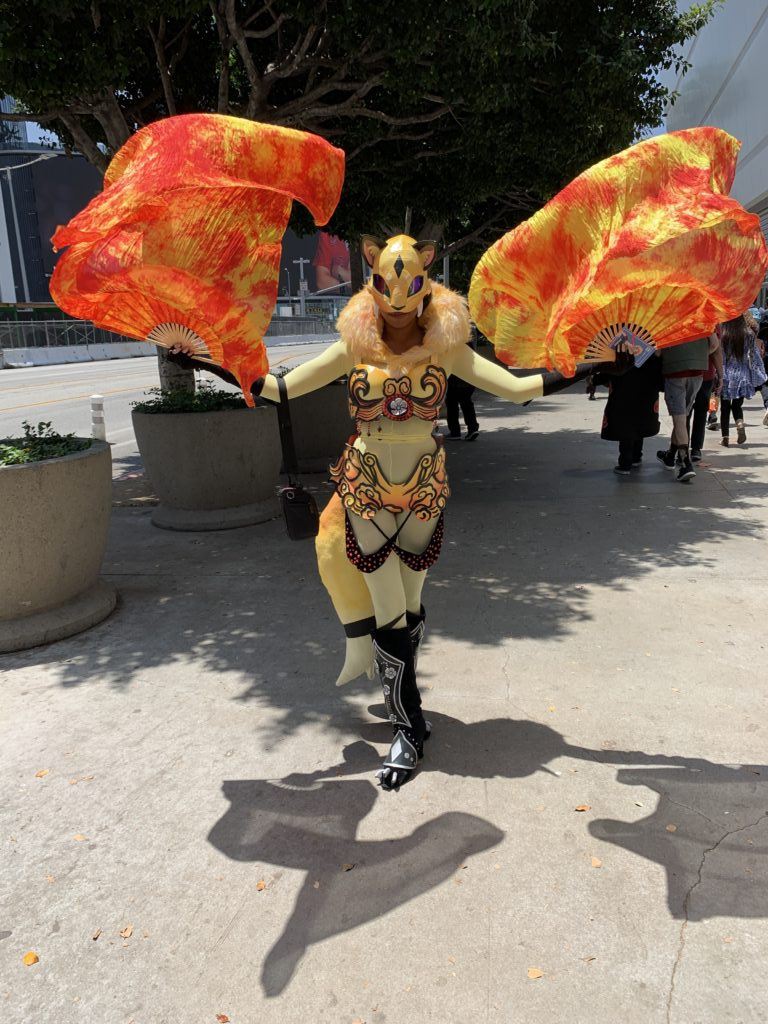 Usopp from One Piece 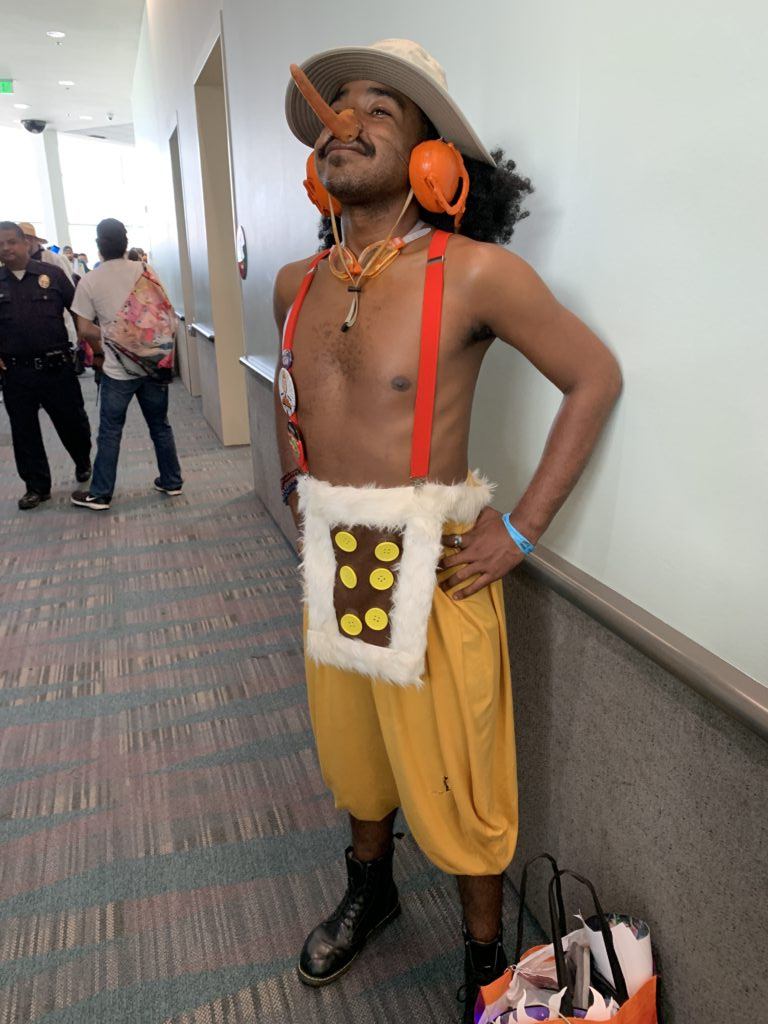