In the world of Pokémon there are plenty of concoctions of cuteness — from birds to seals, to keychains, there’s cuteness abound all around. One could argue that every Pokémon is cute in its own way, but these are my personal cute-as-a-button-covered-in-Hamtaro-plushies Pokémon that make me and my heart get that warm and fuzzy feeling inside. LET’S GO!

Buneary takes the number 5 spot simply because I love bunnies. Buneary’s design is literally just “hey, bunnies are cute, let’s make a bunny but add some fluffy stuff on it.” And you know what? It works. Buneary also has a crush on Pikachu in the show, which just adds to the cuteness factor. It could also stem from the fact that I used to have a monster crush on Lola Bunny from Space Jam (I mean, who didn’t?) so anything that has to do with bunnies is good with me.

I fell in love with Marill from the TV show. Marill is, of course, a water Pokémon and is a little blue ball of cuteness. Marill is a lot like the other ball-shaped Pokémon (such as Spheal), but I just love Marill a little more than them and I’m admittedly biased about it. Hey, you know how it goes — there’s a million of these and some of them look the same but you have to stake your claim somewhere, right? Marill also has double cuteness because it has another blue ball on its tail. There were quite a few Marills in the TV show and each one got cuter, blue-er and ballsier… no, that’s right. Just trust me when I say Marill is a cute ass blue ball.

Teddiursa comes charging in with cuteness at number 3 because look at it — it’s a cute ass baby bear with a moon on its forehead. If that doesn’t deserve a top spot then I don’t know what does. Teddiursa was always on my team in the games because I was pretty sure every other Pokémon wouldn’t hurt it because of its cuteness. Except they did and Teddiursa almost always got defeated, but who can be mad with that cuteness? Teddiursa was also in the TV show multiple times and was always just hanging around doing cute stuff like eating honey and hanging around with Christopher Robin. Alright, he didn’t really do any of that, but if he did then he’d definitely be number 1. Teddiursa also gets cute points because they just put the word Teddy in its name and I appreciate the fact that they just wanted to make a cute bear. I’m all in for cute bears. Why hasn’t a cute teddy bear ran for President yet? Teddiursa 2016. 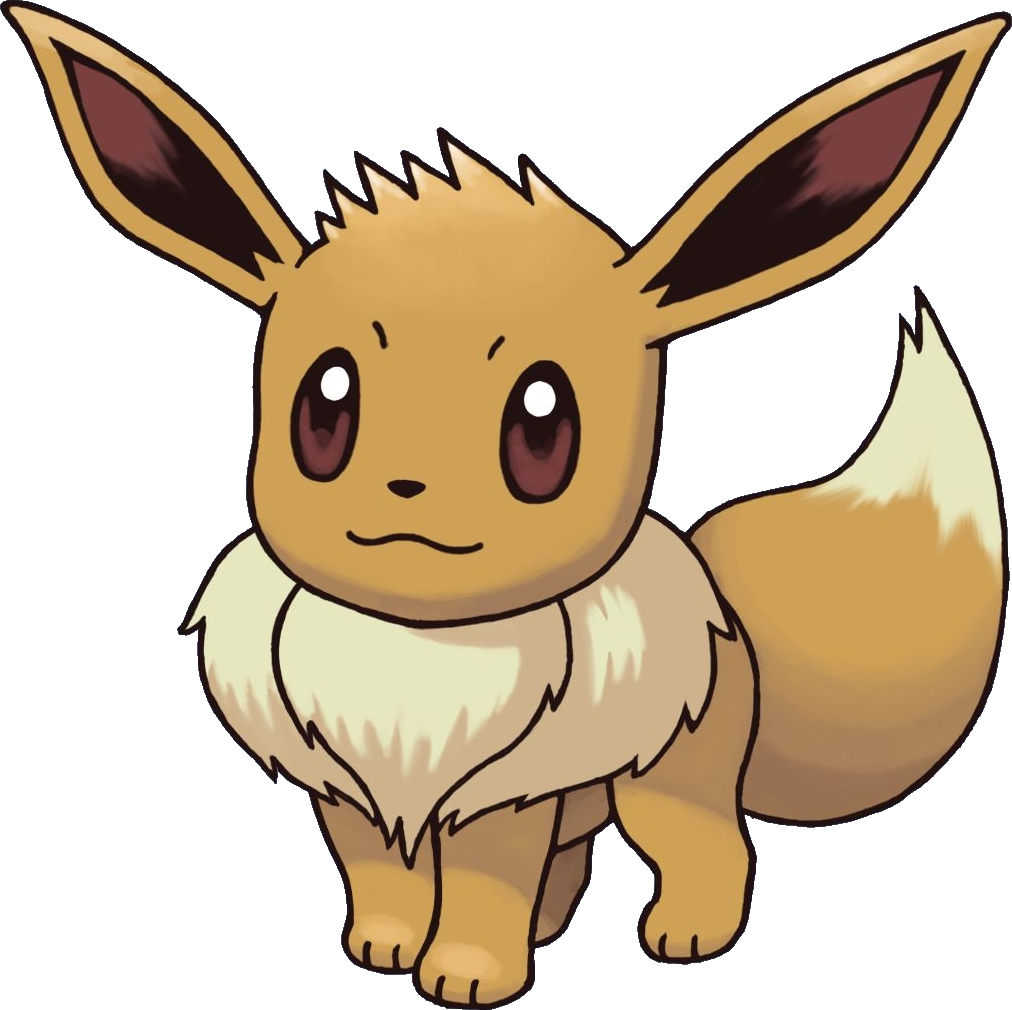 Number 2 is, of course, Eevee. Eevee has been rocking the cuteness ever since generation 1, making it an O.G. cute Pokémon. To the uninitiated, O.G means Original Gangsta, so Eevee is an Original Cute Gangsta (an O.C.G.? nah, that sounds stupid). Eevee gets the number 2 spot because even as that punk ass Gary’s Pokémon in the first season, everyone still loved it. Also I’d like to say that Gary became a true pal as the series went on, but I still stand by his season 1 punk ass-ness.  Eevee only got cuter and cuter as time went by with each Eeveelution (meaning Pokémon evolution for Eevee — and there’s 8 of them). My personal favorite was Espeon, which was its psychic-type Eeveelution. Umbreon, which is the darktype, was a close second. Eevee has so many forms that there’s no point in even making a “this isn’t even my final form” joke.

So now we’re at number 1, but let’s take a look at a few honorable mentions, shall we? Look at this cute ball and tell me to my face that you don’t wanna hug it. You can’t. Mainly because you’d be lying, and the other reason being you’re not in the room with me to tell me that to my face.

Cyndaquil was always cute. It’s a fire Pokémon and when it sneezes it makes a little fire come out of its back.  That alone earns it an honorable mention. Also, look at its eyes and that smile. Come on, son.

The main Emolga in the show had a terrible attitude sometimes, but its cuteness is undeniable. It uses its adorableness to get what it wants, which adds some realness to the character, because as we all know, people use their cuteness in real life to get what they want sometimes.

Pikachu is the mascot of Pokémon and for good reason… it’s cute as hell. It’s an electric mouse Pokémon with cute red cheeks and a cute zig-zag tail. Pikachu is also an honorable mention for Pichu. I also think Pikachu was cuter when it was fat in the first season.

Mew was always cute, and from the video game to the very first movie he always brought it to the party. Mew handled any serious situation in that movie by just being cute. Mewtwo hated Mew, but then they became best buds… not because of Mew’s cuteness, but I like to think that helped a bit. Mew also gets an honorable mention because its voice is cute and because in Pokémon once you can take a picture of it, it bombards you with cuteness.

And now the moment you’ve all been waiting for: Number 1 on my personal Top 5 Cutest Pokémon list! Drumroll please… and thank you.

Okay, okay, okay, so Wooper might not be on anyone else’s list, but for me, Wooper hits all the right areas. It has a look of wonder on its face and it makes you want to show it the world. Wooper was also another Pokémon that I kept on my squad that would basically just get defeated easily against later foes, but I didn’t care. We had a connection. I love its voice and its call, and Wooper has tiny eyes with a big head and gills sticking out. It’s implied that Wooper has a rather dull and oblivious personality, but it can also be very intelligent. Wooper’s appearance, voice, and attitude just hit all the right buttons and earns the Numbah 1 Spot, thus solidifying it as the greatest cuteness concoction Pokémon has ever made. At least, according to my personal preferences, of course. Also, with Wooper on my team I could always yell “WOO GET IT, WOO GET IT” which makes it alllllllllllll worth it.