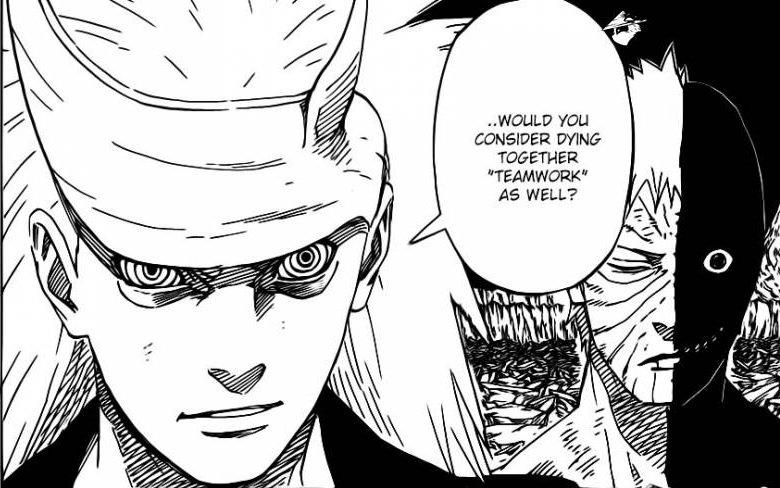 “Day 456 of the 4th great Ninja War. Rations and chakra are low but still we fight on”. Thats really the feel with each reading of Naruto now. We’ve been into this 4th ninja war for well over a year now. It makes sense since wars do go on for a while but when you’ve passed the anniversary of Neji (neji my ninja i hate it had to be him)… You’re kinda wanting that resolution already. Anyway,things seem to take a worse turn for the newly reunited Team 7. Madara is back on the scene flaunting two Rinnegans now (think 2 Chaaaaaaaaaaaaaaaaaaaaaaaaaaaaaaaaaaaaainz) which means the end game is near (hopefully).

We get same level of action this week but I’d be remiss to not point out how a big part of this issue is Sakura. Sakura is now on the big stage. Whereas she felt that before she was always the weak link, she realizes now. She has earned her spot on the team, she has the power to support her squad, and she is a god damn factor. Sakura notes this as she says to herself (Tsunade-sama. At last I think I caught up) refusing to step back ever again. 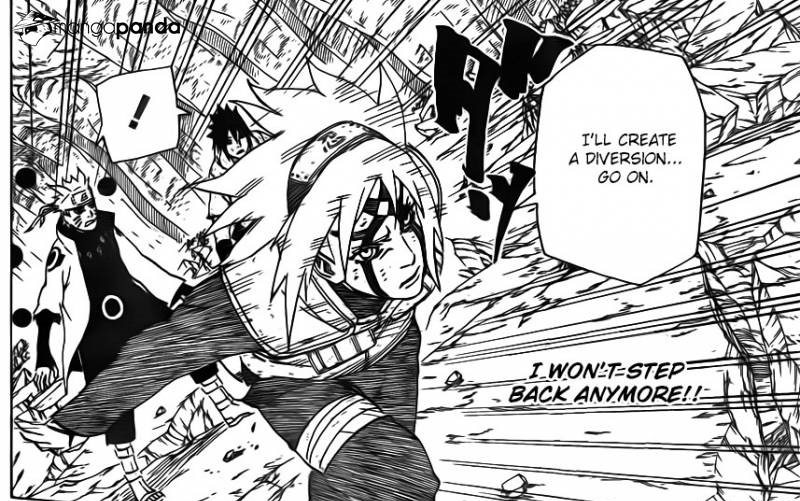 This was good to see since we know Sakura can tend to get lost in the badassity of what Naruto and Sasuke have become power wise now. Speaking of power wise, Madara with two Rinnegans ( 2 CHAAAAAAAAAAAAAAAAAAAAINZ) is really ridiculous. He’s got invisible clones from another dimension protecting his neck, he’s shooting down damn near planet sized boulders at team 7, as well as now finally being able to use the infinite dream genjutsu technique. Madara is basically the final boss that all the other final bosses in video games hand in their TPS reports to. It ain’t looking good for Team 7 cause yall might be flawless but apparently this Madara’s shit and he is saying