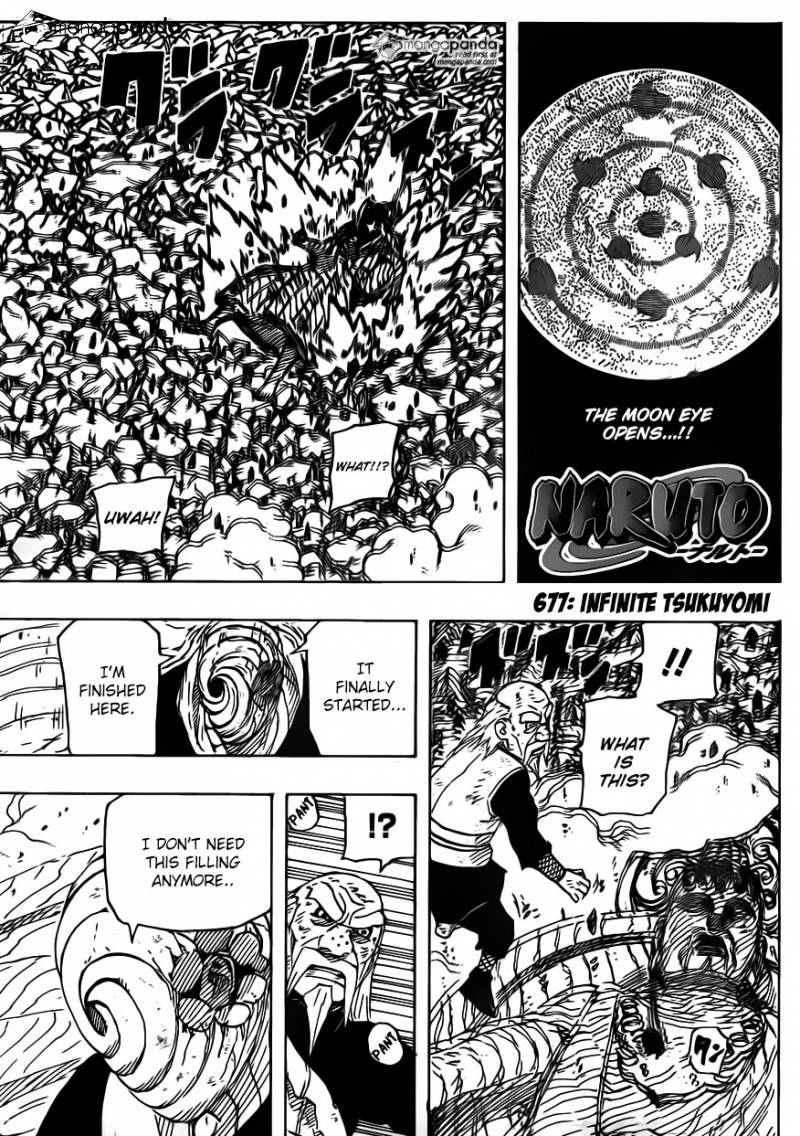 Weeeeeeeeeeeeeeeeelp, we’ve gone full on monster fight it appears in this chapter of Naruto.

Madara’s genjutsu has been cast and shit has shit the fan folks. This is the darkest part of the war right now. The plan we’ve heard so much bout, the feared world wide genjutsu is now in play. It would seem that those brought back by the edo tensei technique are not effected but one by one we see folks in the shinobi alliance left powerless from this technique. Team 7 however has yet to be infected. Thanks in big part to Sasuke Blocking out the light that casts the genjutsu with Susanoo. Sasuke has somehow able to build some counter measure to the genjutsu but apparently the radius is just what he can block with the size of Susanoo.

Meanwhile we finally see where Captain Yamato has been all along. The majority of this issue is to display that the shinobi alliance really has their back against the wall now. They’re out of option and may be out numbered due to the genjutsu being cast. The ninja world’s only hope now lies with Team 7 (as we coulda guessed really).