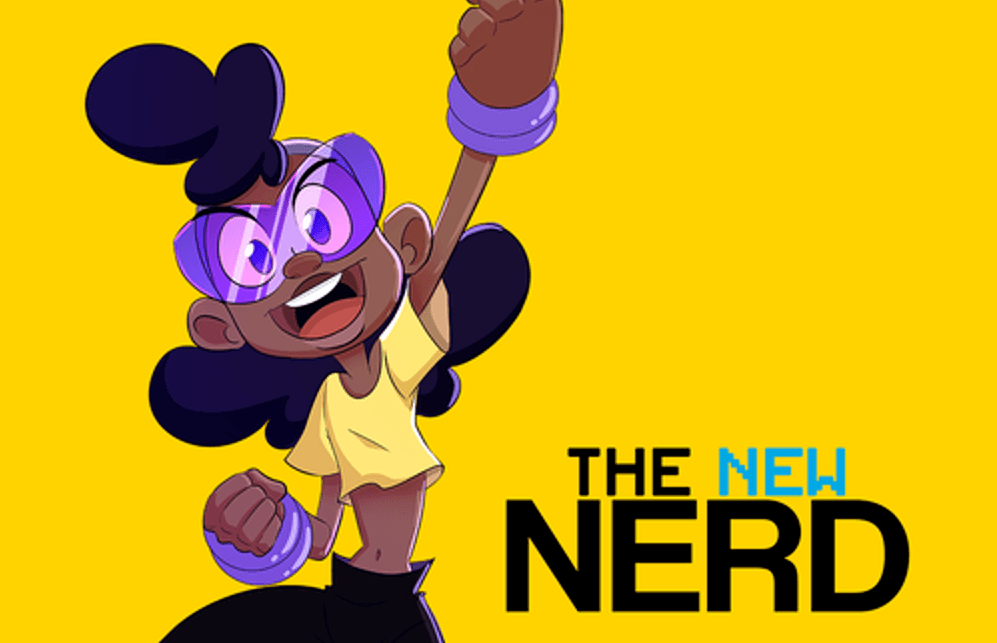 New to Amazon Prime Video comes The New Nerd, an interview series from Yahzilla Productions highlighting Black Nerd Creators. Each episode is a 10-15 minute conversation with a different creator, with questions designed to dive into their craft, their nerd faves, and their feelings about being a Black nerd in America. Overall, it is a good way to see some new faces and find a new creator to look up and follow.

All of the folks interviewed are Black and nerds, although some of them don’t like to think of themselves as Black nerds, for their own reasons. That aside, each of them is making moves in their field to influence their chosen medium. Joshua Bullock, the only creator outside of NYC, is an animator and comic creator from Indiana. His comic indie, Monarchs, is being produced by NOiR Ceasar, which we featured last month. Next up is ChibiThot, an Instagrammer/cosplayer with plenty of advice for new cosplayers. Yedoye Travis, an actor/comedian, gives some great perspectives on how those things are influenced, or not, by his fandoms. The last episode (thus far) is my personal favorite — a series of conversations with game developers at the Game Developers of Color Conference in Harlem.

Altogether, the interviews are easy and accessible, not requiring a lot of nerd knowledge to find interesting. The similarities between the creators quickly come to the fore: Dragonball and Super Smash Bros. come up quite a bit. None of them delve into the challenges they have as Black creators, instead focusing on how much fun they have and how they are much happier as “being a nerd” as become more mainstream. I appreciate that refusal to center the “struggle” of Black nerddom. They do talk about the importance of representation both in the art and in the creation. A few of them even bring up what is obvious to all of us: we need to both create our own and break into existing spaces. Both are what will bring us the representation we deserve.

Is it New Tho?

One of the interviewees brought up the question that had been on my mind: Are we really “new” here? Black folks have been nerds from the beginning, regardless of genre. Just because stereotyping and erasure has done a number on our image, doesn’t mean we haven’t been in this game. For a show like this to position Black nerds as “new” participates to some degree is an erasure. It supports a narrative of gatekeeping and “you’re not really fans” that we need to get away from. At the same time, I understand that when trying to sell a series to a mainstream media conglomerate like Amazon, sometimes you have to do what gets the eyeballs. The “Blackity Black Nerd Interview Show” would probably not have been picked up.

One thing that I found missing was any analysis or commentary on how each person’s Blackness influenced their art or their nerddom. That’s something I find both fascinating and important. Diversity isn’t just for show — it improves the creation, whatever it is. How does bringing Black culture — how ever you define or experience that — to cosplay *change* your cosplay, for example? One of the game developers talks about how she got into games because she wanted to bring her coding “to her people.” That resonated. Media, at the end, is about sharing with each other. How does what and how we share improve and change by our participation? I’d love to hear more thoughts on that, without the flattening of “I’m not a Black nerd, I’m just a nerd…”

Four episodes in and these short shots of content are tight enough for mobile viewing but can also be crammed together for an hour’s entertainment on the couch. Some of the names were familiar to me, but some weren’t. I’m always up for learning about new creators and finding my next favorite thing.

Yahzilla Productions is the work of Yahya Ismail and crew. They have a variety of brand/corporate productions under their belt, but I hope they do more of The New Nerd as well, particularly from across the country. There’s no shortage of Black creatives out there. Putting more of them front and center will only improve the fandom for all of us.