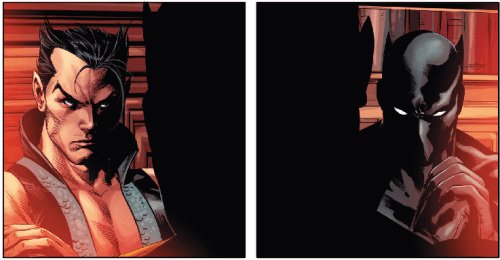 I know that Hickman has a plan. Or at least, I’m pretty sure that Hickman has a plan. But the pay-off better be monumental because this book has been treading water for a while now and if you’re still reading the book, you are either on auto-pilot or you are looking for it to recapture the uniqueness and quality it once possessed. The reality is that while the Infinity crossover may have provided a slight pause in the action, this Incursion story line has been going this entire run and it probably ran out of steam about four or five issues ago. And it’s not ending anytime soon.

What is puzzling about this book is that while Hickman has given himself about 3 or 4 different ways to take this particular story, the perils of The Great Society of Earth 4,290,001 (I didn’t make that up by the way) happens to be the least interesting one. Meanwhile, Black Swan, the only woman in the story and probably most interesting aspect of the book currently, has been sidelined right after her startling back story is revealed. As meticulous as Hickman is, I know the stories he has benched will come back in important ways, one just hopes we are still around to see it.

If the book does have some redeeming qualities, there are good interactions between Namor and T’Challa, as two “Kings” contemplate losing their kingdom. But even this is dissatisfying because they’ve had a version of this conversation about five issues back. The last page indicates that the Illuminati will at least be DOING something in issue 18, but the labor of getting there might be starting to wear its readers down.