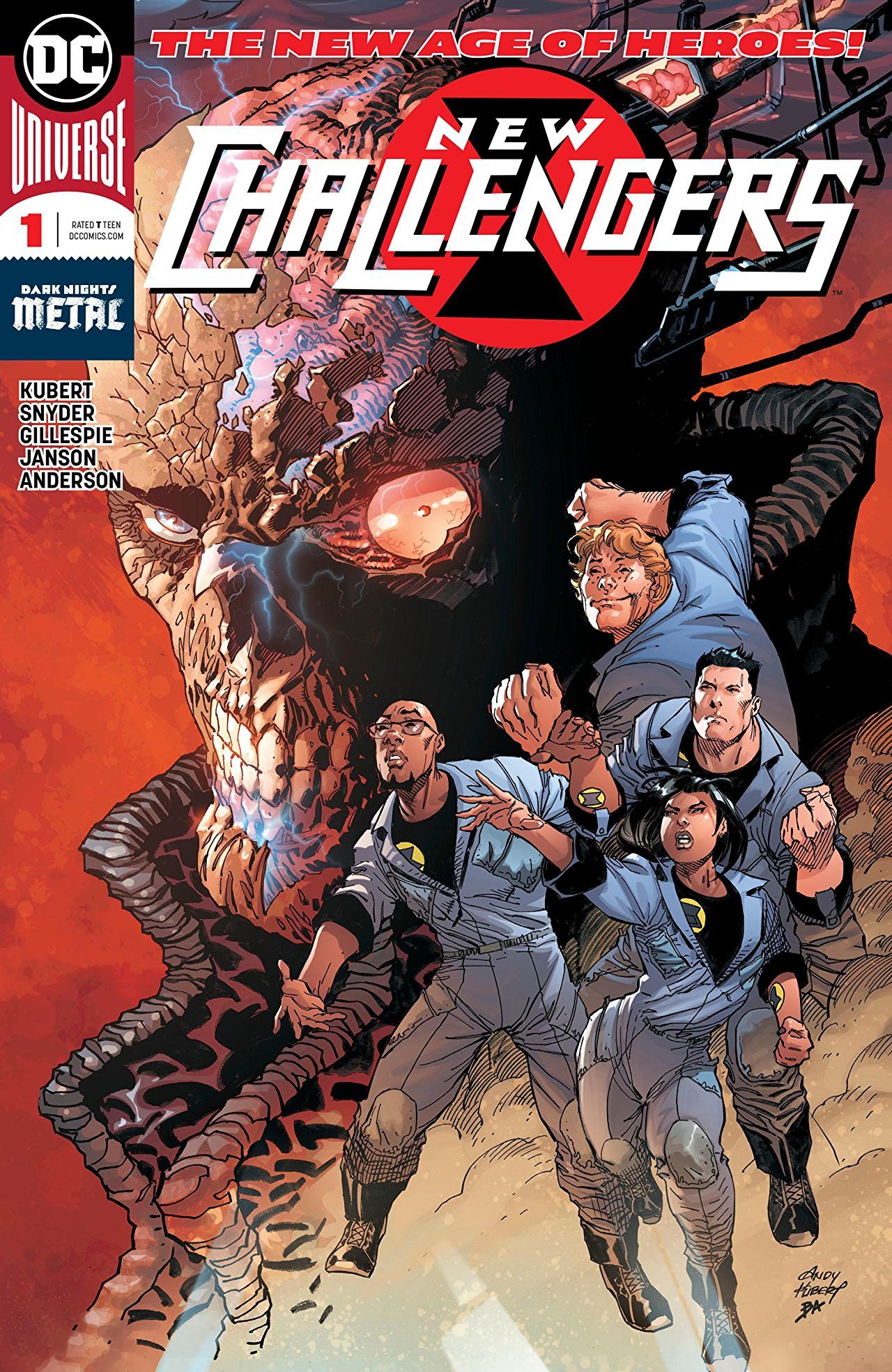 Hostages? Explorers? No, no hostages. That’s the conclusion I came to after reading New Challengers. Out of the wild and crazy happenings of Dark Nights: Metal comes another fascinating series. This time, Scott Synder and Aaron Gillespie took the opportunity to take on the classic series Challengers of the Unknown, giving us the New Challengers.

I’ll admit that I don’t have a lot of knowledge about the original Challengers of the Unknown series, or the New 52 reboot of sorts. However, Synder and Gillespie do a great job of making the book accessible to new readers from the start. It’s a pretty simple premise of four random strangers chosen to go on death-defying adventures to save the multiverse with a time limit. If the first issue is any indication, then there will be no limits to how crazy and ridiculous the team’s adventures will get.

One of the things that struck me immediately is the stakes. I don’t want to spoil too much but let’s just say that there is one thing each member of the group shares, and it’s the reason they were chosen. I like characters that are thrust into situations without really having a moment to catch their breath or deal with the reality of it all. The team is given a quick and dirty rundown (that becomes deadly for one of them) and is thrown into their first mission right away. 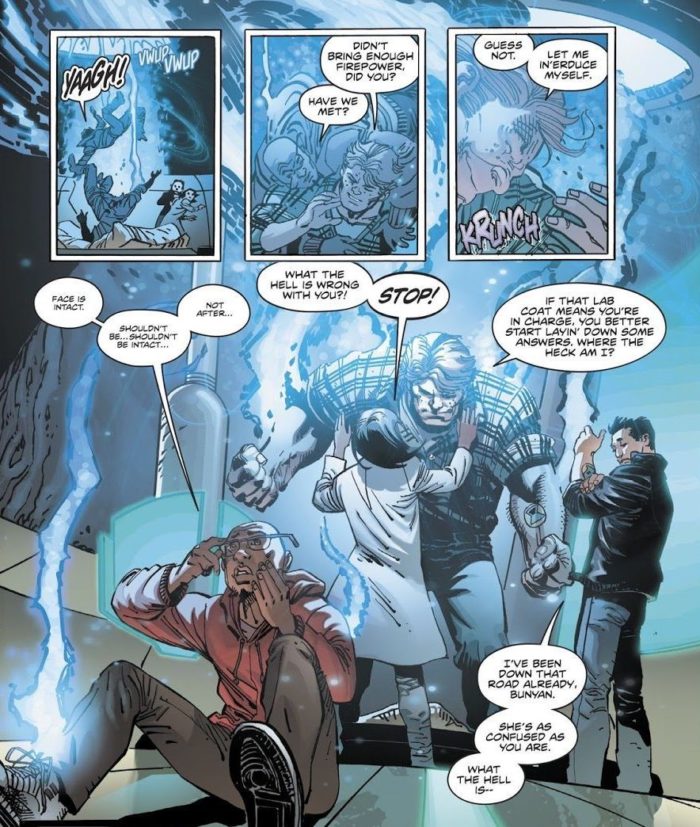 Unfortunately, we don’t get to spend too much time getting to know the Challengers. The only person who we are given a detailed look at, as well as how they got to Challenger’s Mountain, is Trina. We don’t have much to go on for the rest of the group, aside from a few lines of dialogue. However, I do hope that the next few issues spend time detailing the other characters backstories like it did for Trina. I’m sure we are going to get a few secrets and revelations that are sure to change up the dynamic.

I really like New Challengers. While we don’t get to know more about the other members of the team or get to see more of their first mission, I’ll chalk that up to the fact that you can only fit so much in the first issue. Synder and Gillespie do a great job of selling the premise and teasing what’s to come. They have also given Andy Kubert a lot to work with. I like his art, especially what he does with the settings. I’m ready to see how he draws the crazy set pieces and the dangers the team will encounter.