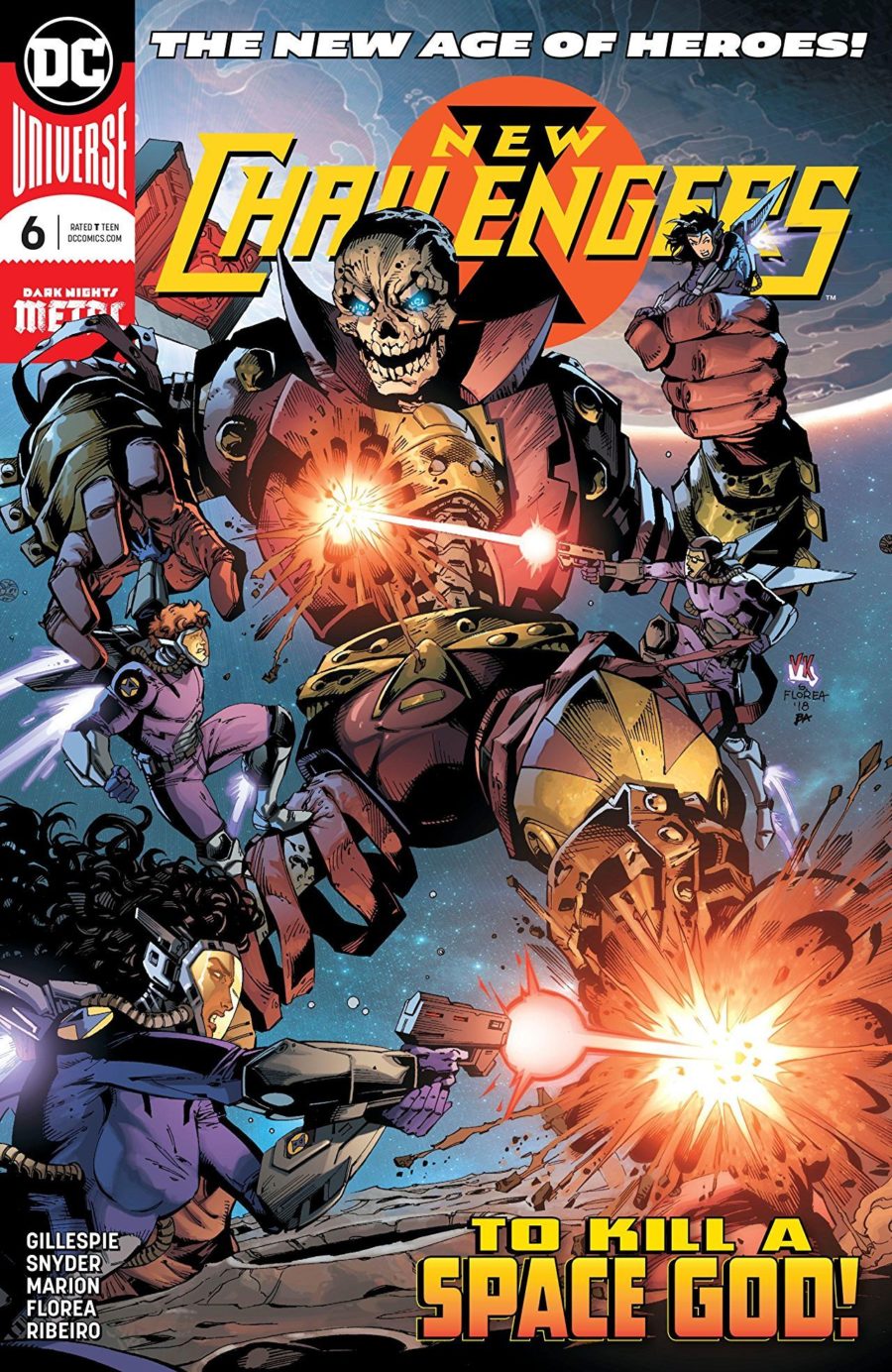 New Challengers ends just as you would expect. There’s so much going on in this one issue, you’d swear that you took some kind of hallucinogenic drug before reading it. It’s exactly what you would want from a thrilling adventure featuring heroes who explore the unknown on a time limit.

I’m not sure if it works for or against New Challengers, but damn does this book move fast. I mean seriously, I feel like we go through a million scene changes and plot points filled with expositions in just one issue. And somehow, at the same time, it also feels like the past six issues have taken place over the course of two days. 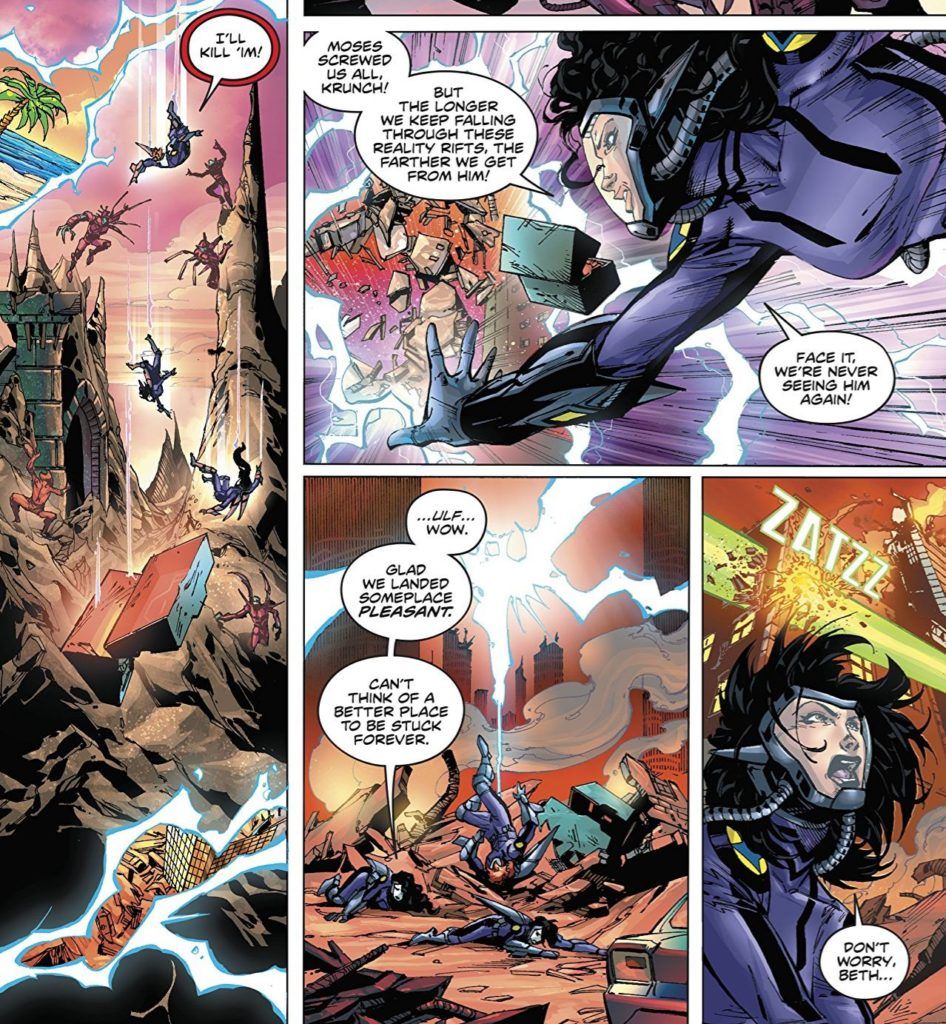 The crazy part is that I don’t have that much of a problem with this. Aside from the fact that the story can feel confusing at points – rereads are definitely recommended – it’s a fun journey from beginning to end. The finale has our heroes still feeling the sting of betrayal from Moses as he decides to team up with the alternate multiverse version of the Professor, literally ripping the multiverse open. 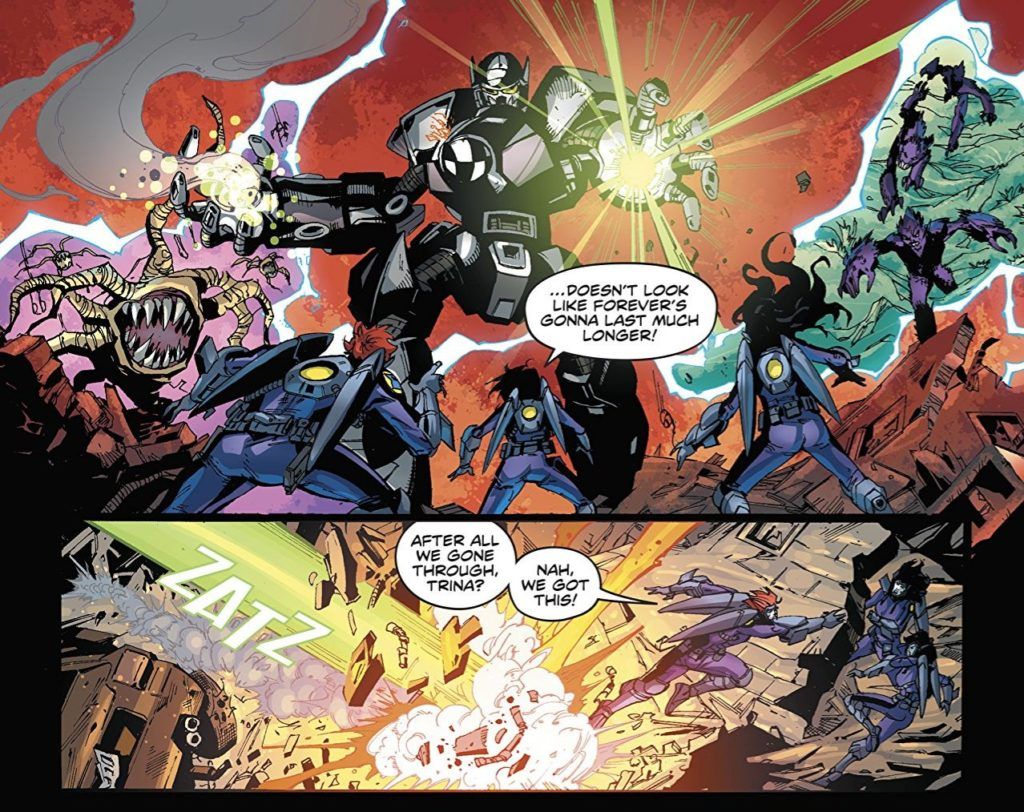 The merging of the two universes makes for a great backdrop. Barreling from one edge of the universe to another is fun to watch. Seeing the team think quickly on their feet to get themselves out of danger is even better. Even though much of the issue is a bit predictable, the moments leading up to the finale are still incredible. The team is definitely worthy of the name Challengers.

I give credit to Scott Snyder for putting together a book of epic proportions. Between cloned zombies, raptors, and body snatchers, there’s little you won’t love. The characters are great, each with their own unique backstory, and the adventures are wild. I could see myself jumping into another arc of New Challengers just to see what unknown corner of the DC universe they explore next.