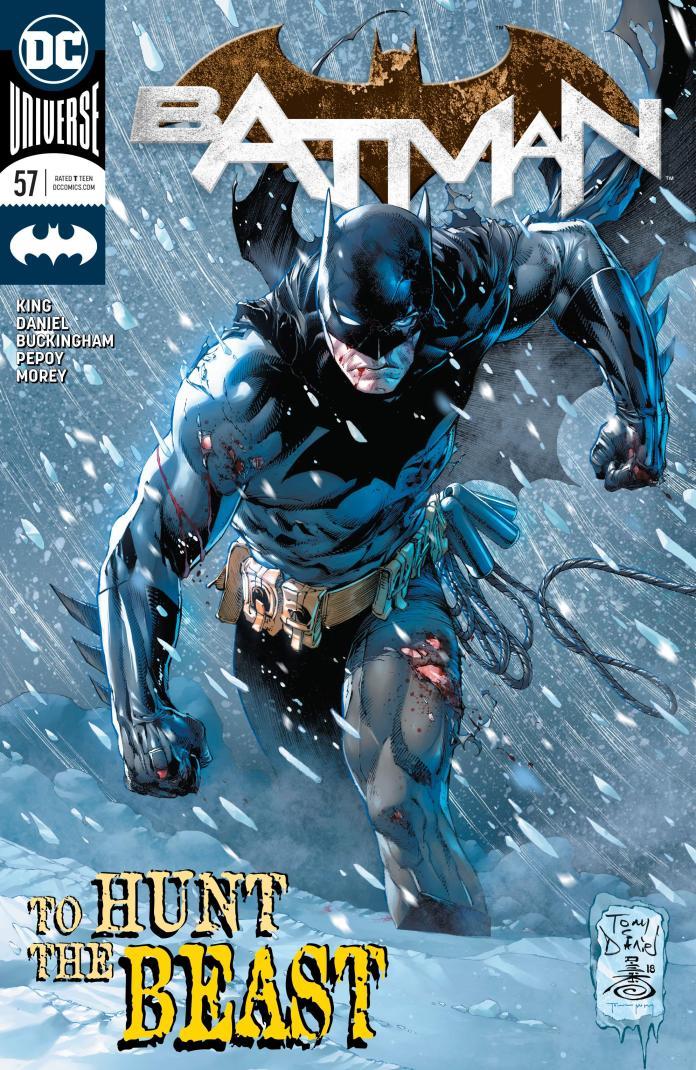 Batman #57 brings us to the third and final chapter of the “Beasts of Burden” storyline that centered on Batman seeking vengeance on the KGBeast after he shot Nightwing in issue #55.

This issue picks up immediately where we left off with Batman drudging his way 300 klicks through a blizzard to a log cabin. As soon as he reaches the door, a fight for the ages ensues between him and KGBeast as the story reaches its boiling point.

The art from Tony S. Daniel and the coloring from Tomeu Morey make these moments pop as the two deadly fighters go toe-to-toe in what appears to be a battle to the death.

But because no story can be all action, the fight is broken up with the telling of a Russian folktale about a group of forest animals who fall into a pit on their way to St. Petersburg. As they get hungry and desperate, things take quite an interesting turn that you can probably sort out for yourself. (Hint: You can’t, read it). 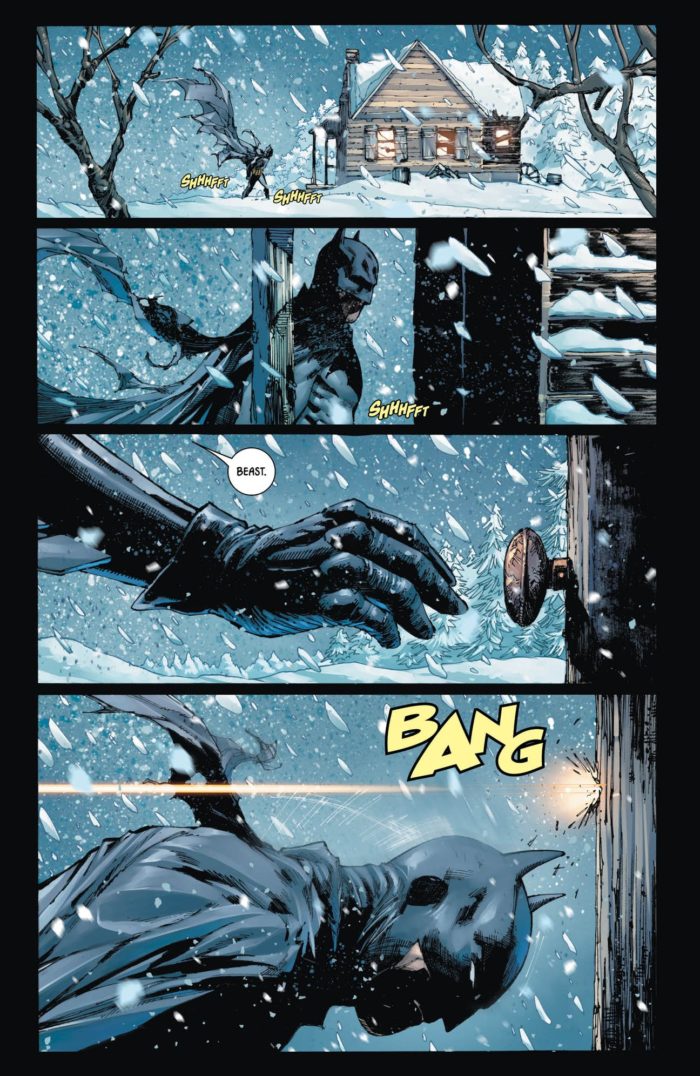 The best part about this interwoven story is how it reveals a common thread between these two men fighting to the death, who both had their fathers read them this story before bed. It adds credence to the belief that we’re all far more alike than we suspect.

The end of the fight between Batman and KGBeast may come off as a bit alarming to us long-time Batman fans, as it ends with Batman breaking KGBeast’s neck. He then proceeds to walk away and leave him in the snow, paralyzed, presumably to die. However, I’ve been reading Tom King’s Batman long enough to know that he’s not going to suddenly make Batman a cold-blooded murderer. Even if it is in the name of revenge for Dick Grayson. So I expect us to find out later on that he called in a helicopter just in the nick of time or something like that.

Overall, this issue wraps up a brief, but important arc in the Batman mythos that continues to send us deeper into the psychology of a character who’s been with us for more than 80 years. King’s already left his mark on Batman, but he’s continuing to make it even more long-lasting.