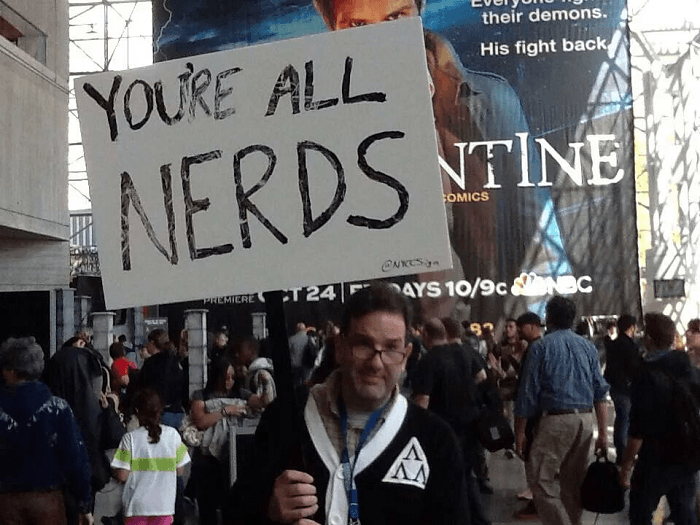 Around this time of year people always get excited for the return of fantasy football, the changing of the guard from Summer to Autumn or pumpkin spice lattes. Your boy don’t fuck with pumpkin spice lattes. What I do fux with is New York Comic Con. I’ve been going with fellow brother in panels Michael Bertram (also known as Big Mike among the Slam Poetry Community) and his son Devon (also known as the boy who will be king in the nerds).

We’ve been going for a number of years and this time I got to take my niece along as well since she passed the anime bar exam receiving her license to Nerd / Ship. This was the wonder land she was waiting for. She came prepared for this already knowing the rules of engaging cosplayers, not bothering them when they are eating (Every time I see a cosplayer dressed as Batman eating pizza I laugh inside cause that’s hilarious to me), proper compliments to say. The girl came prepared yall. This was the event she been getting ready for since she was a genin son. Naming characters i wasn’t even aware of and just generally on the verge of cardiac arrest the entire time.

There is always something from everyone on the main showroom as well, imagine the stock exchange for nerds bruh.

If you trying to arrive fresh to pixels, Superhuman street wear got you 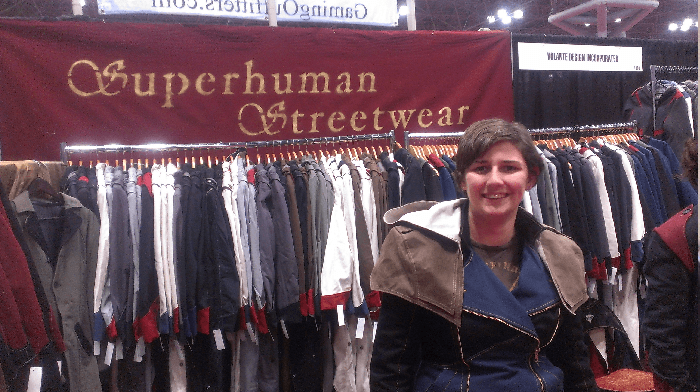 You a queer geek in the nerd community? Geeks Out got you on that empowerment and support sun. 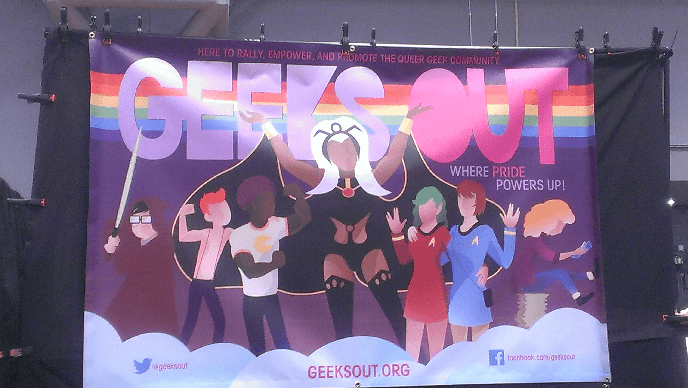 My personal favorite part of Comic-con is Artist Alley. You get to see the folk out here creating the majority of the shit your reblog on tumblr. Artist are awesome man, It’s great to see how their mind works with the shit they come up with. That being said if I am mentioning are then you I got to mention the Gawd of Ink Marco D’Alfonso. Not only has this guy been working on Elektra but he also has done a lot of commissions for our site, myself, and even Urbana Poetry venue. The man has prints on prints on prints that are hilarious. 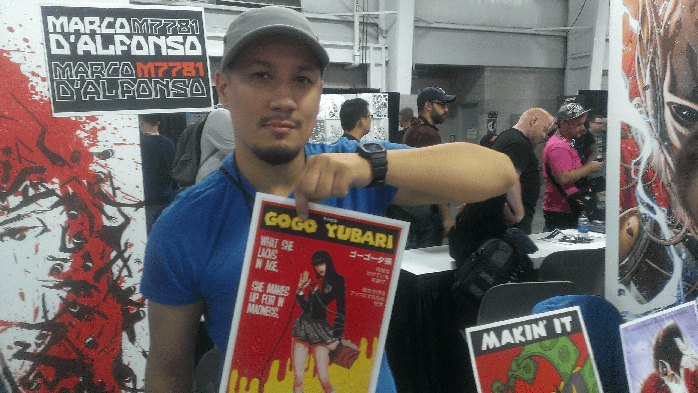 Ran into the artist Roc upchurch for Rat Queens. “I’m going to buy this print off you then ask you for a picture…” That happened and it was all of the glorious. I knew Leslie and Whitney go hard for this book so the picture was a must. They ain’t gettin that print off me tho. 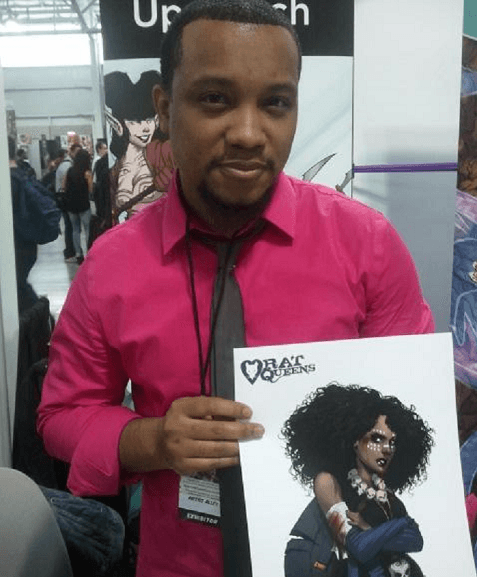 I’ve seen a shitload of Bamboota’s (Crystal’s) work since she has been making it rain art all over Shirtoid, Red Bubble as well as tumblr. She is a one woman Parthenon at this point. When I saw her Scott Pilgrim Toronto Battle of the Bands print and said, “Wait this is you too? I been meaning to get the shirt for years but I will take signed print doe”, Bam! Thus the day was won. 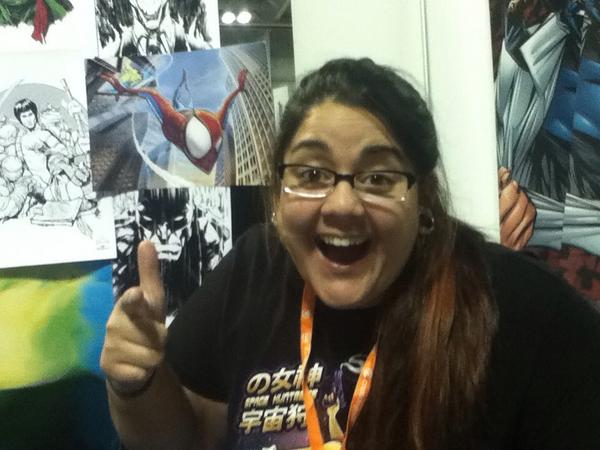 Well that was day one for me… well almost all of it. When my friend Josh showed up the transformation occured.