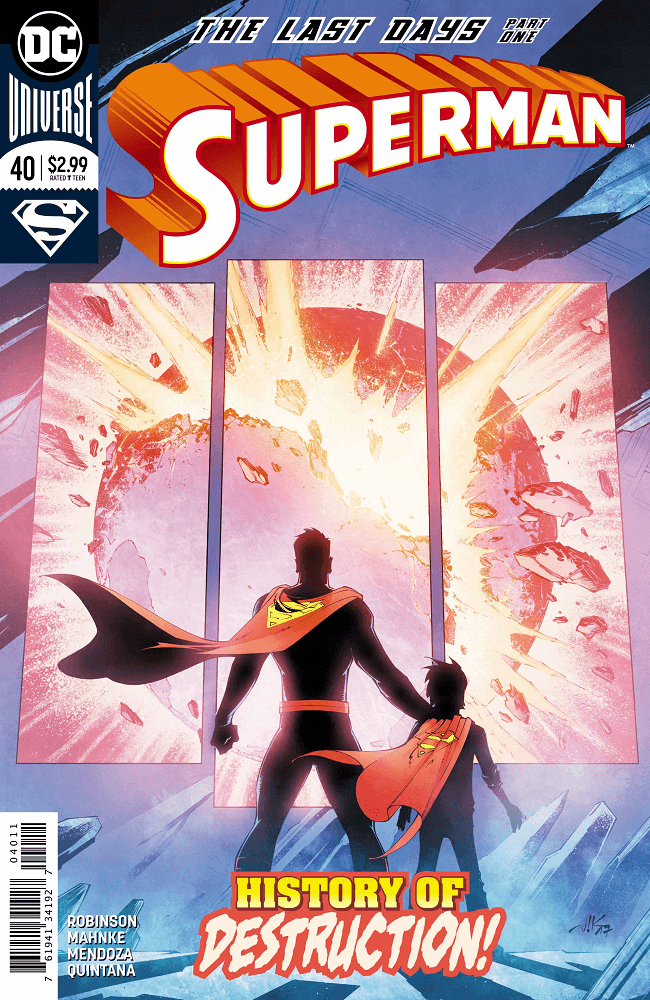 The opening page of Superman #40 shows us Jon descending from the rafters of the Fortress of Solitude. His eyes are a little wider than usual and his smile is somewhat unnerving. As father and son start to banter, I can’t help but feel like something is a little off. So when Superman asks Superboy if he knows what day it is and Jon gives a couple of joke answers before informing Clark that he obviously knows that today is the anniversary of Krypton’s destruction and then names drops Rao out of nowhere, I have to pause for a second.

Robinson’s story has an interesting premise. Superman has a chance to prevent another civilization’s destruction conveniently on the day when the destruction of his planet is on his mind. Superboy tags along because the mainline Superman title has equally been about his development as a hero. Yet, the premise does not actively challenge Superman and Superboy in the same way that previous story arcs have, and the dialog lacks the same charm. 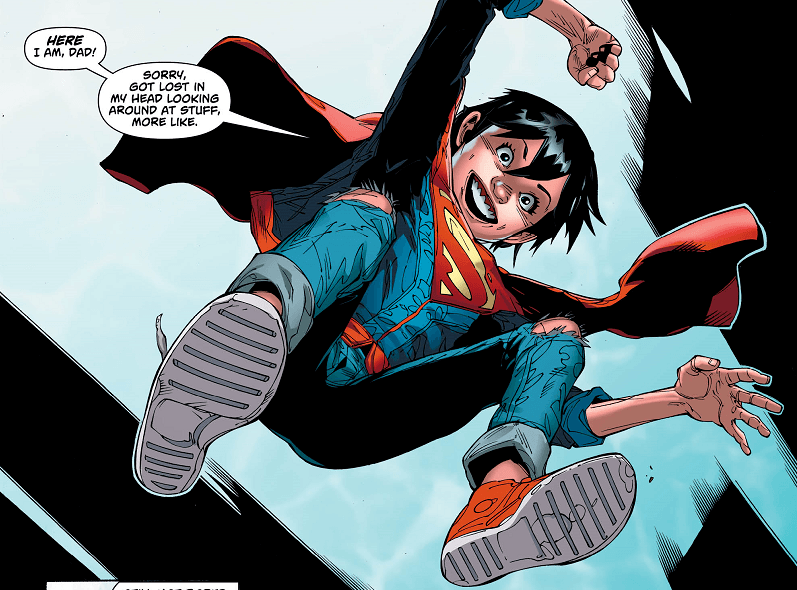 The visuals in this book are incredible. Jon Kent’s appearance in the first couple of panels withstanding, the artwork is truly stunning. Mahnke’s pencils with Mendoza and Hanna’s do some pretty spectacular work, especially when the story transitions to its cosmic setting. It’s visually striking and the set pieces are really cool to look at. But I’m not sure if it ever connects with the same emotional impact.

I don’t want to say it falls flat. Robinson weaves his narrative into the preexisting canon and thematically, it builds off The Oz Effect and the idea of a lost home, and Super Sons of Tomorrow and Jon’s attempt to take control of his personal life. But it’s rough around the edges, a bit heavy handed at points, and too on the nose. The issue has its moments though, and if you’re fan of Superman, you’ll find something to enjoy.