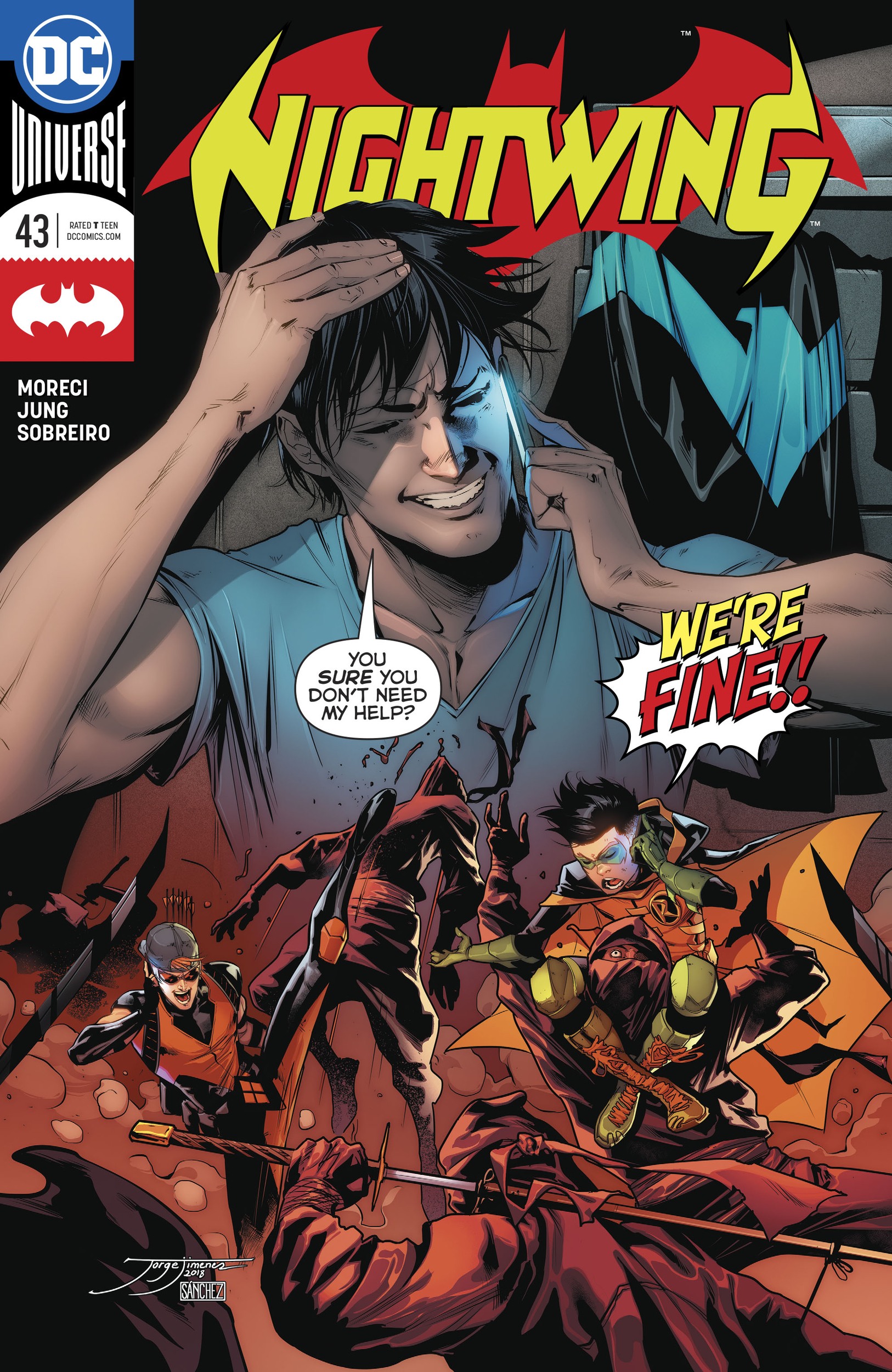 After last issue’s wuxia-inspired venture, Nightwing #43 treats us to a second serving of a Robin crossover…except this time paired with Roy Harper (a.k.a. Arsenal). It’s your typical Guys’ Night Out, if the guys were superheroes. Your mileage is likely going to vary on how well the chemistry of the trio works.

Taking place right before The Judge reentered Dick Grayson’s life, Nightwing #43 starts out with a laughable caricature of Dick struggling to install his cable box so he can Netflix and Chill alone. Before he can fully troubleshoot the little black box, Damian and Roy Harper both blow up his phone. The more I describe the setup, the sillier it sounds. I appreciate Nightwing because of the much needed-levity he brings to the table, but the start is a little too comedic (even if it does course correct later on). This course corrections comes after the generic set of ninjas are defeated. 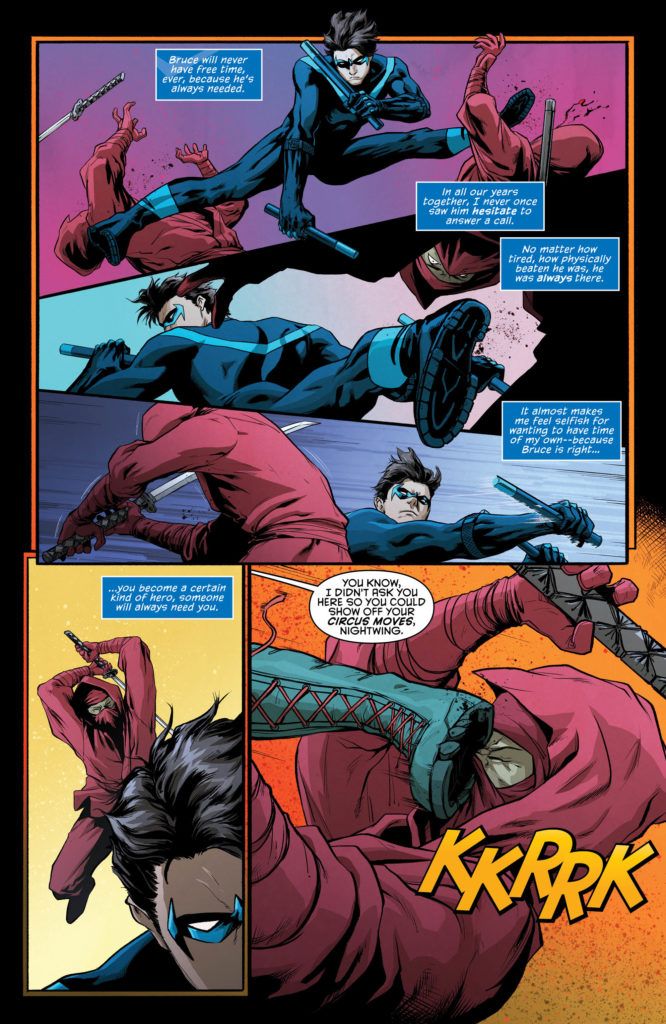 I love the artwork. It’s probably the most acrobatic we’ve seen Nightwing in a hot minute, and the fight scenes are enjoyable enough. Jung has a lot of fun with the exaggerated facial features of the main cast, which pairs well with Moreci’s campy dialog. The main through-line is your typical ‘stop the villain of the week from destroying the city’, and never tries to be anything more than a one-shot with a couple of chuckles at the disparate personalities of the trio taking center stage.

In many ways, it’s diametrically opposed to The Untouchable story arc. It’s short, team-oriented, and attempts to be comedic in a sharp contrast to the long, solo, serious musing that was Nightwing’s struggle against The Judge. You may enjoy the issue more than I did. I just want a Nightwing that better blends the two extremes.