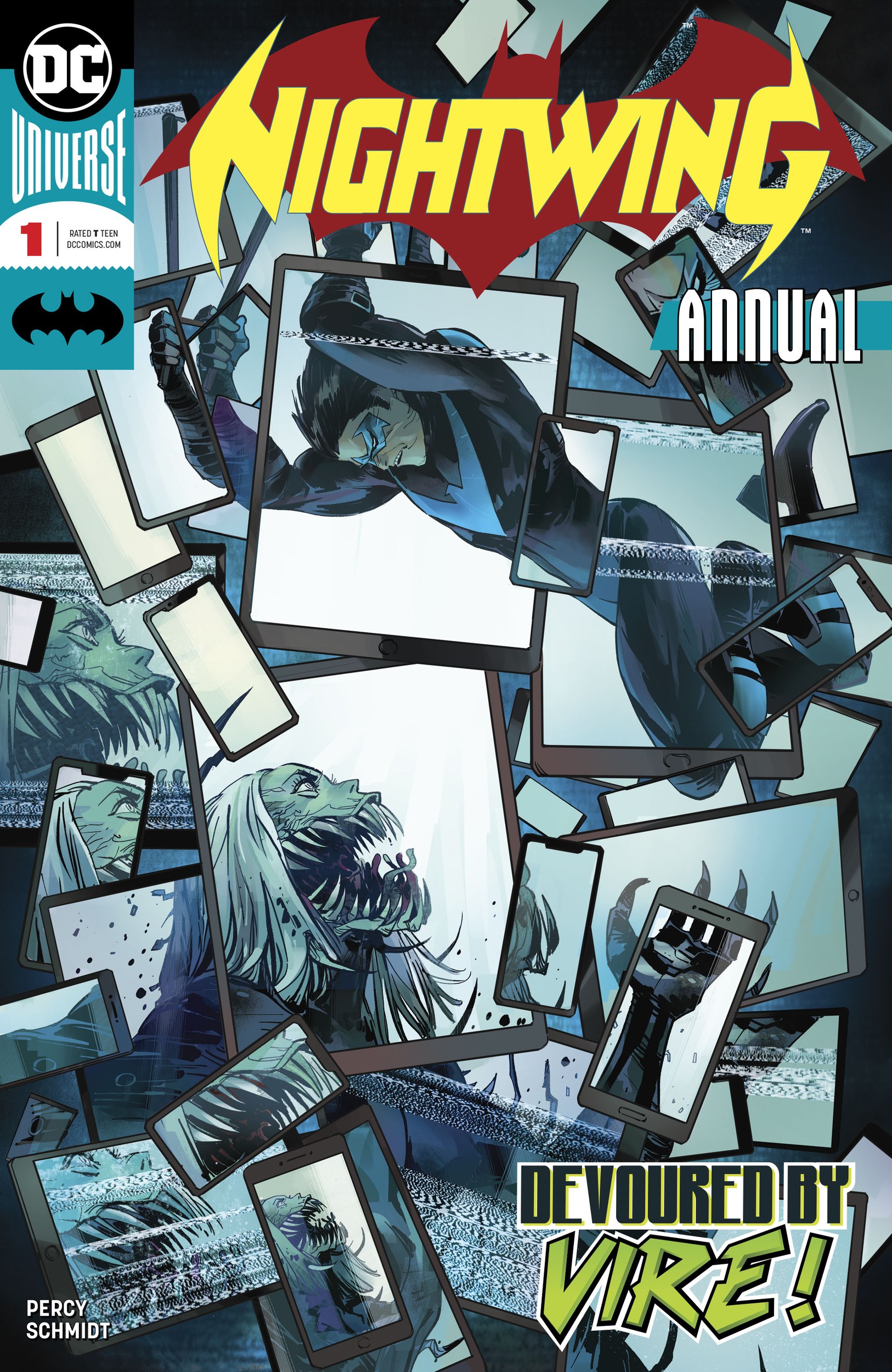 Let’s say you haven’t been keeping up with Percy’s Nightwing…but between the incredibly cyberpunk aesthetic and the general curiosity of seeing how superhero stories tackle things like the 24-hour news cycle fatigue, you’re interested in jumping back on. Let me be the first one to tell you that Nightwing Annual #1 is going to be the comic you want to pick up. It serves as a great primer on everything that occurred during The Bleeding Edge and is a solid standalone story that sets up the next part of the Dark Web saga that promises to be just as visually thrilling and with a captivating narrative as Percy’s first act.

The opening pages give us some classic Dick Grayson/Barbara Gordon banter and plenty of fanservice before immediately jumping into some electrifying moments and a brief recap of all the Dark Web conspiracy that has unfolded and jumping to the meat of the story: Nightwing visiting Gotham Four News Headquarter and the other major reporter of the DC Universe, Vicki Vale. 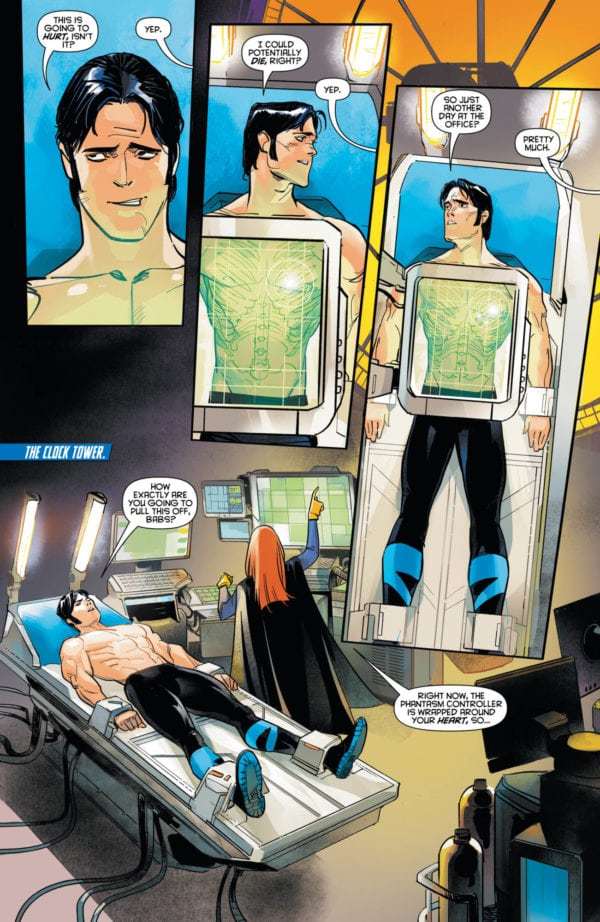 Getting a glimpse into the newsroom of Gotham is a welcome change of pace as Percy draws several parallels between the familiar inundation of information and familiar chants of fake news. Some of the quips are a bit heavy-handed, but that’s part of the charm of comics. As the issue progresses, the main themes are paired with beautiful artwork courtesy of Schmidt. The integration of television static is a wonderful visual element and the action sequences give such a fun liveliness to our acrobatic hero. Plus Vire, the villain on the cover, becomes that much more frightening when given a chance to flex on the page.

The extra-sized comic covers a lot of ground and Percy has plenty of room to show off his innate understanding of Nightwing’s quirks. While some of the interactions with Vicky Vale made me personally raise a couple eyebrows, Nightwing’s screen time with Batgirl was just endearing. Plus, the more that gets revealed about the cabal that is the Dark Web the more I want to keep reading. While not as razor-sharp as The Bleeding Edge, Nightwing Annual #1 whets the appetite and paints a fun roadmap for all the things to come.