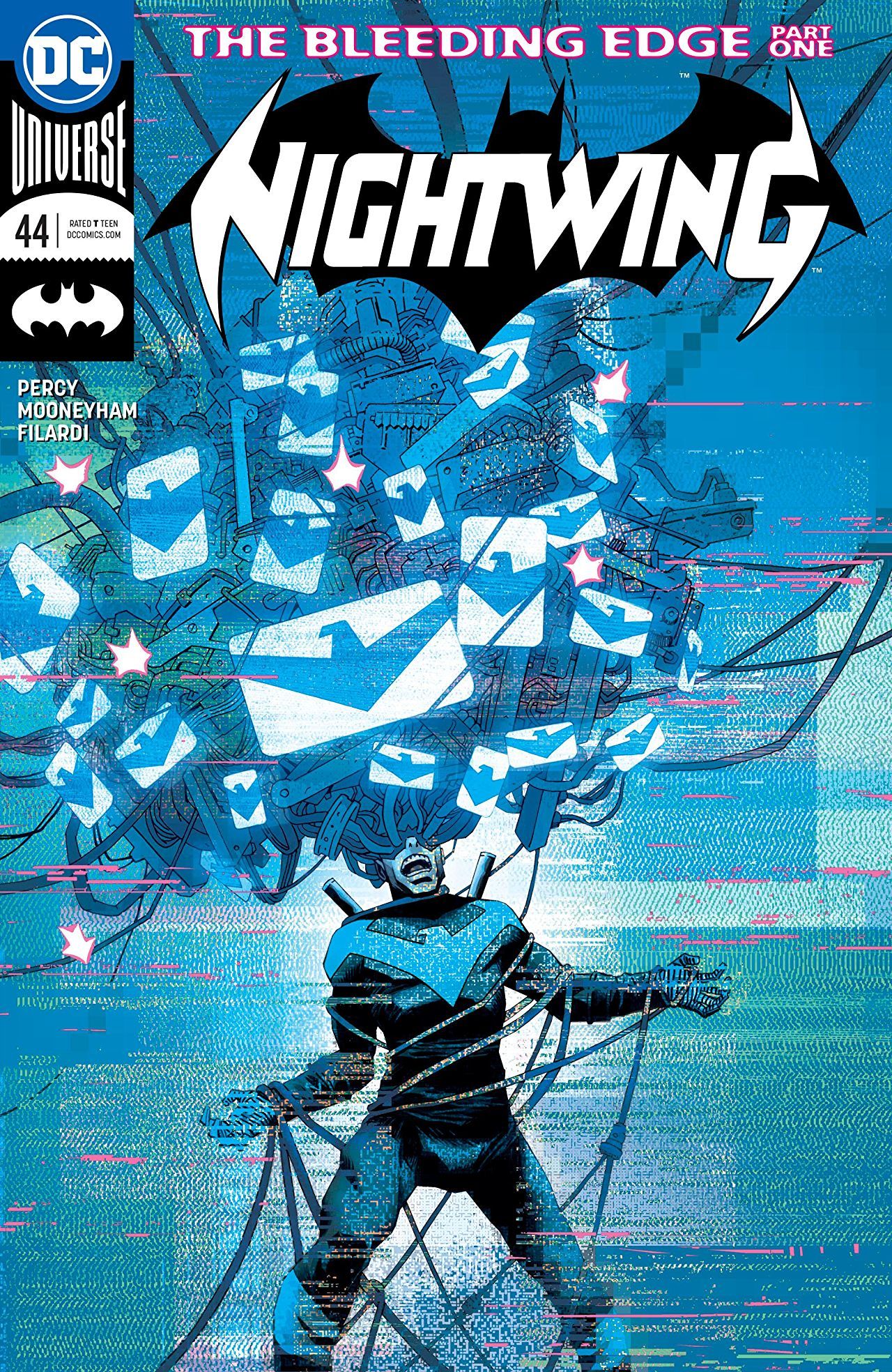 When DC Comics announced that after he concluded his Green Arrow run Benjamin Percy was going to taking over Nightwing, I was excited. Percy’s run with Green Arrow was a fantastical modernization of the character that captured the old school spirit of the comics where Green Arrow and Green Lantern once road tripped across the United States to figure out how to stop drugs and adapted that into a fantastic critique of corporate corruption. I was very curious about the direction Percy was going to take, and it was a breath of fresh air.

Right off the bat, Nightwing #44 starts discussing how the rapid escalation of technological process has not just affected the day to day life of folks but also aspects of superheroics. Percy reminds us that, while Nightwing is better with people than Batman ever will be, he lacks the same technological aptitude of the rest of the Batfamily. And with that simple reminder, we get catapulted into a story that starts with daily commuters on a train looking at their phones to a series of explosions. 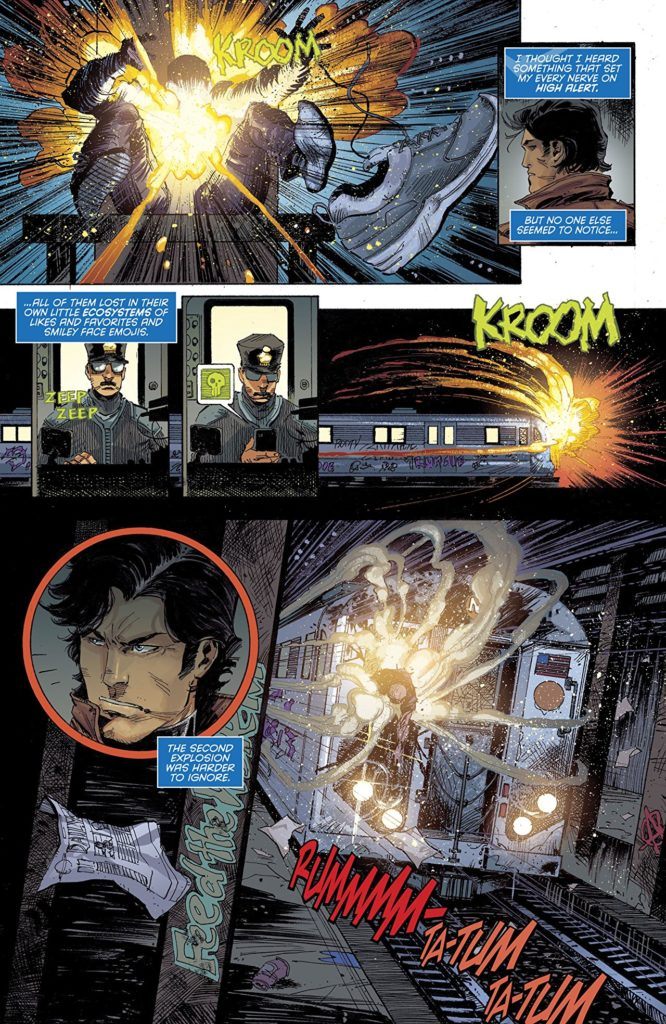 As Nightwing continues to establish himself by his own means in Blüdhaven, we move away from the casinos and waterfront and deeper into downtown. Mooneyham’s capture the harden city look and gives Nightwing a lantern jaw of justice that could make Bruce Campbell jealous. The artwork always provides a neat contrast between the rundown parts of Grayson’s hood with the sleek technological vibes that are slowly finding their hooks into city. It’s a different look for a different story, and I’m here for it.