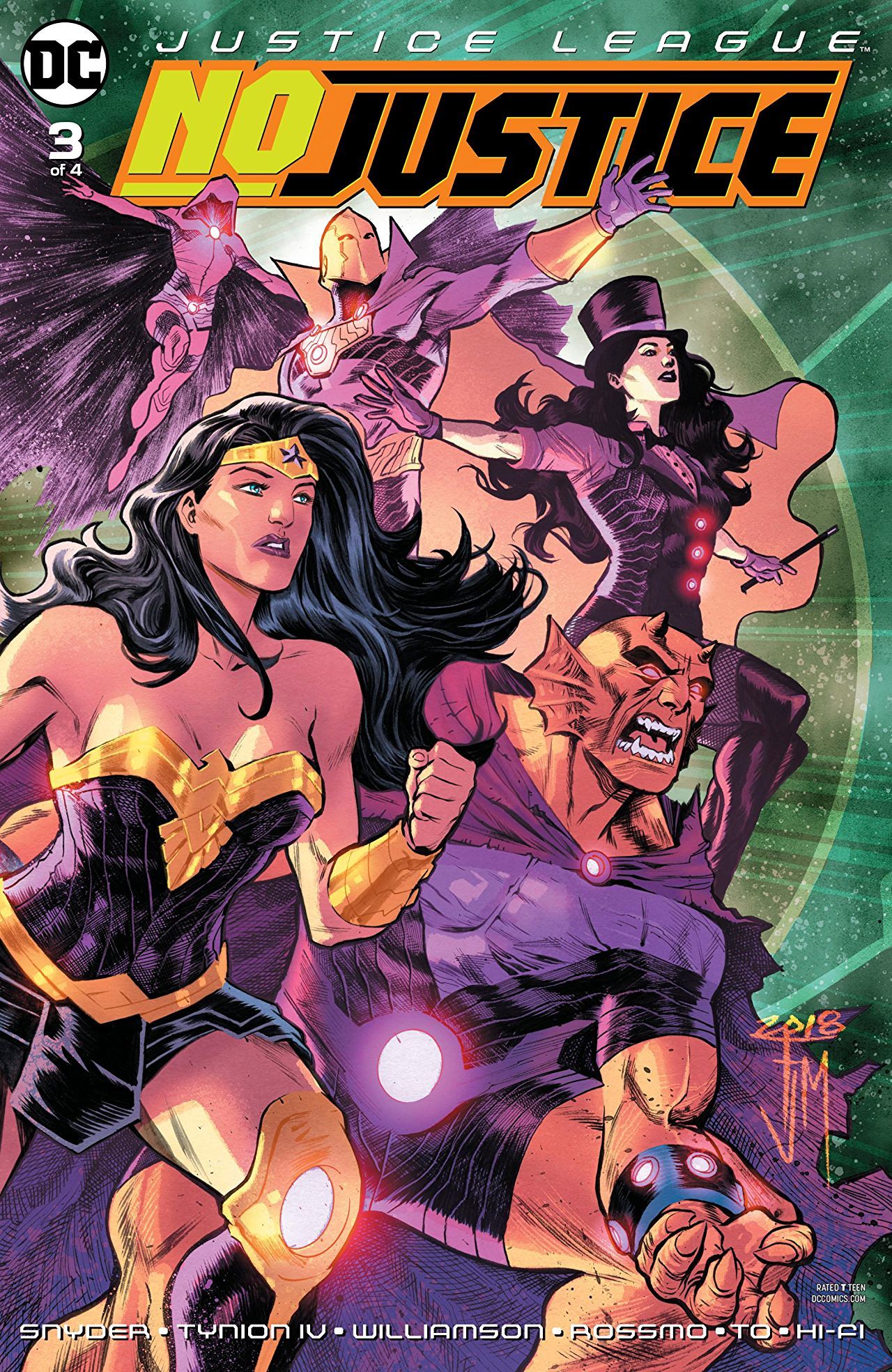 This week in the third issue of the No Justice miniseries the stakes are raised so high, I needed some A1 sauce to help wash it down.

In issue #3 we learn from Brainiac 2.0 that the mission can’t succeed without Brainiac, whose head became spare parts back in issue one. Brainiac’s plan from the get-go was to use the Justice League like very specific tools to save his planet and double-cross Earth. I like when heroes find out they ain’t shit. It makes their perseverance that much sweeter.

This issue yet again succeeded when it focused on the individual team moments. I truly love these interactions between characters that otherwise would never be in the same room together. Like last week, we were gifted with some cool character dynamics that made my inner and outer nerd happy. For example, Harley Quinn gave the most seemingly nonsensical advice to Cyborg that actually ended up working. Then, we had Martian Manhunter stroking Starro’s ego. 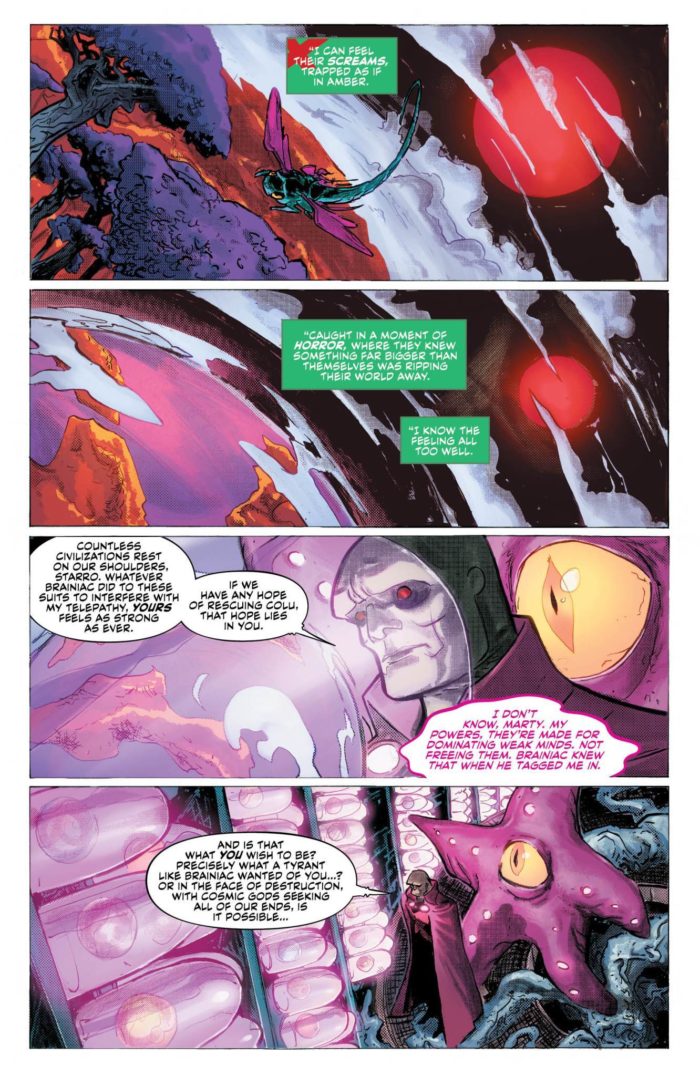 Telepath to telepath, ain’t no one got more steez than you ‘Ro.

Where it loses me is with the abundance of stakes that I mentioned earlier. From the jump, No Justice promised to be the cosmic Justice League story that wasn’t gonna pull any punches. Maybe it should, though? I feel like the multiple conflicts are getting in each other’s way. I can’t concentrate on any single aspect of the story that gets me get invested in our heroes succeeding. It’s got so much going on, that it’s at the expense of the character’s growth. I don’t feel like anyone is gonna come out of this changed in any way.

You may be thinking:

Morgan, these are just comic books. They’re supposed to deliver once-in-a-lifetime moments that I can tell my kids about in 20 years. You can’t ask for them to be thought-provoking and revolutionary. Can’t you just be happy that we’re getting some iconic comic book moments?

Well, the reason I may be being a bit hard on No Justice is that we can get thought-provoking comics that are still iconic in their coolness. There are people working on this book that have delivered that in the past.

I guess what it all boils down to is I know this book is set up. I get that, but it shouldn’t feel like set up.

I got some more bad news, fam. Francis Manapul didn’t do the illustrations for this week’s issue. Riley Rossmo and Marcus To picked up where he let off. It would be an understatement to say that I couldn’t feel the absence of Manapul in this issue, but Riley and Rossmo still deliver some pretty great double page spreads that deliver on that mind-blowing cosmic level.

No Justice #3 continues to provide interesting character dynamics, but at times, all that gets lost in the A1 stake sauce.