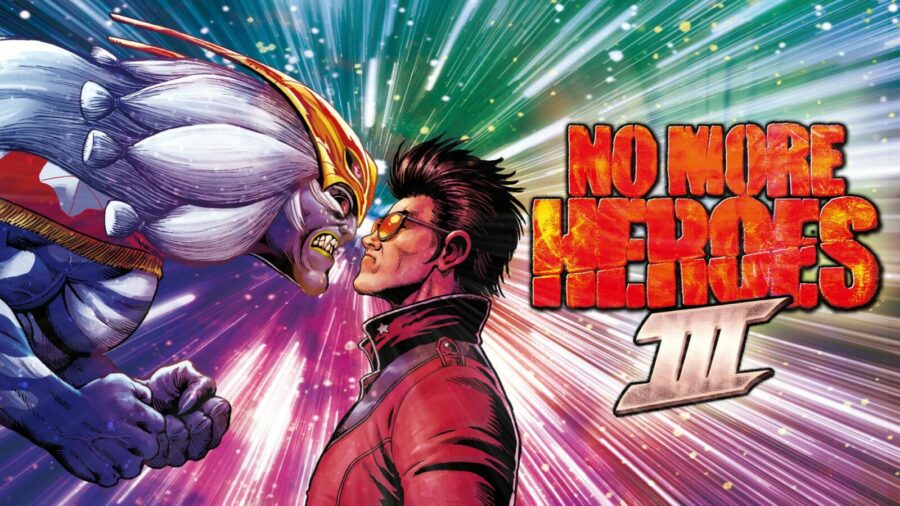 Pretenders of the Earth

The key to understanding No More Heroes 3 is in its enemies.

Boss battles have become the hallmark of part-time killer & full-time otaku Travis Touchdown’s journeys through the assassin ranks, but the henchmonsters standing in his way give context to his newest struggle. Two-headed lizardmen fight alongside robots, ax-wielding giants, and…a guy named after the giant robot from the Japanese Spider-Man series?

What Travis’ interstellar foes share is a similar design ethos: tokusatsu. This Japanese term for ‘special effects film’ gathers any live-action production fitting that criteria beneath its umbrella. Be they practical, CGI, domestic, or foreign: Power Rangers and Godzilla are shelved alongside Star Wars and superhero movies in the tokusatsu section.

Most of the English-speaking world sees things that ‘look like Power Rangers’ as cringeworthy. A fantasy story should have the decency to hide any seams, zippers, or blemishes to better allow audiences to suspend their disbelief. Magnify that demand for modern gaming, each pressured to provide cutting-edge escapism to validate their prices.

If you want that escapism from No More Heroes 3, though? You’re going to have to work for it.

The series has been this way from the start, and admits as much by returning to the open-world design of the first game. While still somewhat sparse, Travis’ hometown of Santa Destroy and the surrounding locales gradually populate with multiple points of interest.

Commuting between these points on a Kaneda-from-Akira style motorcycle (complete with iconic powerslide action) is almost as fun as the destinations themselves. Minigames, side-stories and collectible hunting break up the combat encounters, which are the most well-honed aspect of the game.

Travis’ beam katana arsenal has been pared down to accommodate a host of new moves. In addition to the standard repertoire of slashes and suplexes, what are essentially vector graphic versions of Force powers augment his attacks. Even a Kamen Rider form is on offer, which is The Most Tokusatsu Thing Possible.

All this flash can’t hide the flaws of this game, unfortunately. Visual issues like pop-in textures and framerate drops continually rear their heads above the skyline. Gameplay interferences like save data loss are especially grievous…and yet No More Heroes 3 is inarguably the most polished of the infamous director / producer Suda 51’s canon to date.

This is a series that has constantly played with its own boundaries, from addressing the player directly to calling out the artifice of games themselves. Its mashup of styles and sensibilities purposely clash, create their own patchwork seams. The game makes no attempt to hide its flaws, but focusing on them prevents players from seeing the big picture.

Arguably, not everyone is on board for the feeling of fighting one’s way through what feels like  a tie-in game for a cancelled Adult Swim original show that never existed. Those who are will find a tokusatsu tapestry awaiting. There may be better games this year, but you certainly won’t play anything else like No More Heroes 3.

8.7 out of 10 Beam Katana Dismemberments