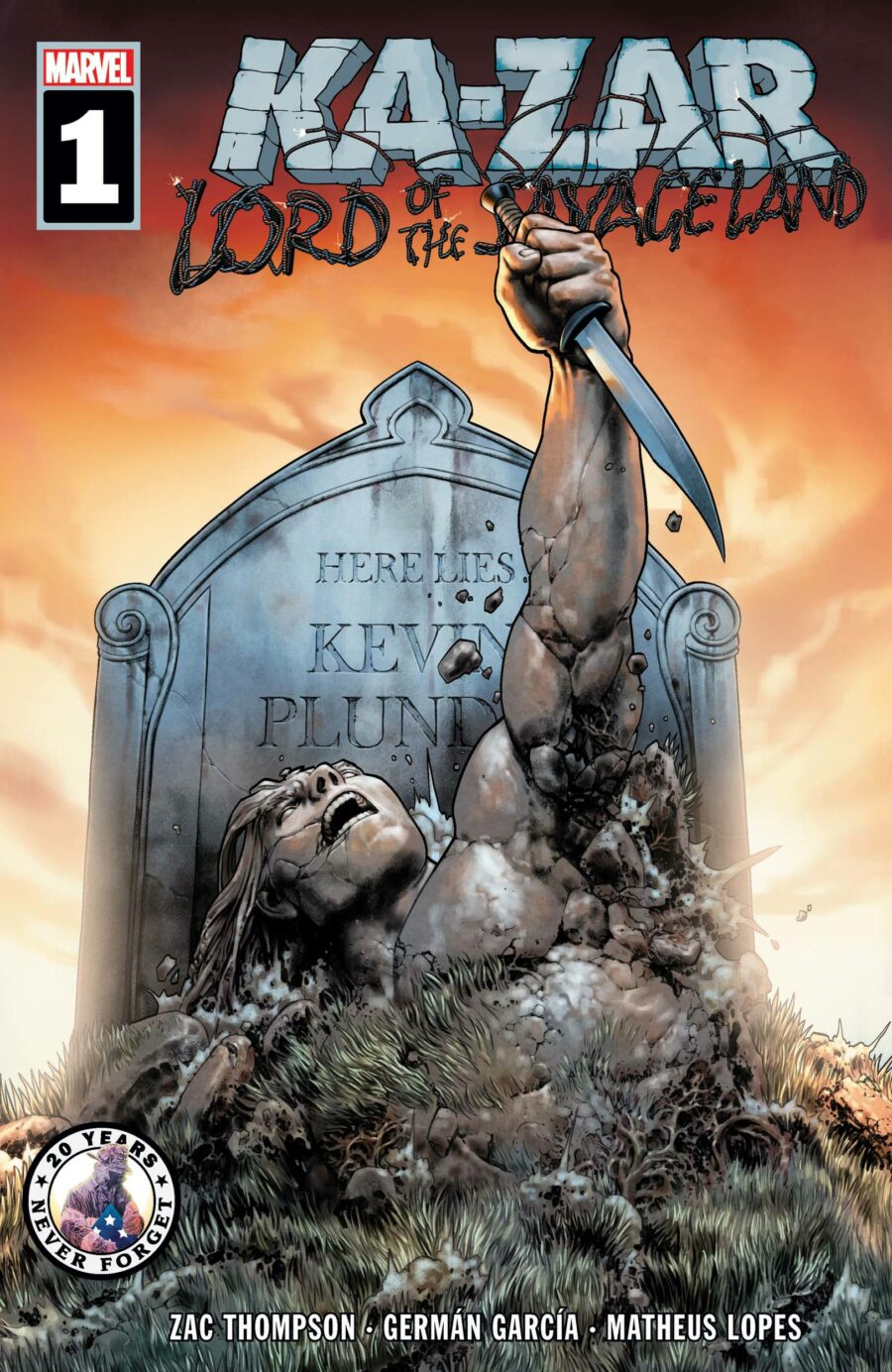 I’ll be honest. When I was younger, I was only fond of Ka-Zar because of his obvious comparisons to Tarzan. (I had a thing for pulp heroes). That obviously waned as I got older and came to understand that Tarzan, despite being exciting and adventurous, is a blatantly racist concept as a label and a crew. So, I didn’t know exactly what to expect when I decided to read a Ka-Zar comic for the first time in years.

However, I was pleasantly surprised when I cracked open Ka-Zar: Lord of the Savage Land #1. The book seems to pick up directly after the events of books I haven’t read. But, the point is that our hero has died and returned with a newfound connection to his adopted home, the Savage Land. Much of the book is served well by its self awareness. The script doesn’t just acknowledge the unsavory parts of the titular character’s origins and station. It holds them up against the light and thoroughly interrogates them.

Reckoning with the past

Lord Plunder’s newly discovered abilities and oneness with nature don’t necessarily absolve him from the sins of his family bloodline. The script often riffs on Ka-Zar’s antiquated backstory and how, even with his newly “enhanced” sense of the world around him….there’s still an element of white arrogance that smacks of outright colonialism. The Plunder family unpacks the notion of breaking generational curses, improving upon the well-meaning ideas of those that came before.

A hero for the future?

Ka-Zar’s son has all the makings of a pulp hero for Gen-Z. He walks the tightrope between questioning his family legacy and following his father’s footsteps: headfirst into the heart of danger. Meanwhile, Germán Garcia’s flawless linework pairs well with Mat Lopez’s unique color palette to truly bring out the strangeness and otherworldly aspect of the Savage Land. The moments of exposition feel alive and lived-in and the action beats move fast and maintain a fun, swashbuckling feel.

Bottom Line: A strong start to what could end up being a subversive but fun book that questions its heroes and unpacks the history behind their rise. It’s a superhero sociology class.

8 potential fancasts Travis Fimmel would come up in out of 10.