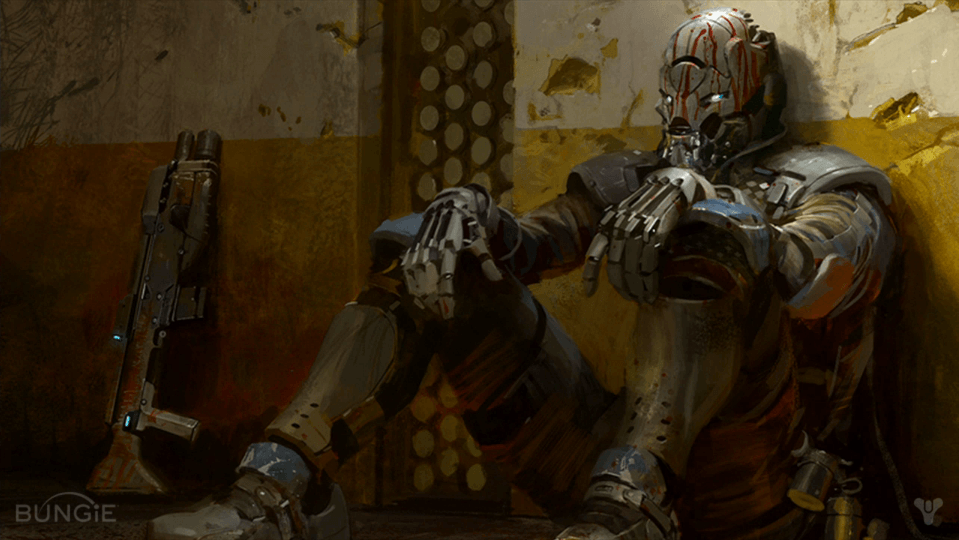 It’s August 3rd. I am in a hotel room in West Lafayette, Indiana. Tomorrow, I will graduate with a Master of Science of Education in Learning Design and Technology or MSEd in LDT. It’s a mouthful. Every time, it’s a mouthful. Such a strange concatenation, this odd sequence of words. The easiest way to describe the degree is that I learned how to teach people with computers. It is a gross simplification of learning theory, instructional design, human-computer interactions, and more importantly cyborg-cyborg interactions.

I bet when you think of “cyborg,” you think “half machine, half human.” There might be a moment where you think robots in the same shape of a human, but those are androids and gynoids. But that moment will pass, and you will picture cybernetic eye implants that allow for zooming. You think mechanized prosthetic and advanced body plating and a beating brain and heart inside of a metal carrier.

You probably never think of a wheelchair or pacemaker or glasses or cell phone. But if you open the dictionary, there’s a good chance this definition will stare back.

cyborg (n)
a person whose physiological functioning is aided by or dependent upon a mechanical or electronic device.

I am a child of the Digital Age. Born in 1991, I remember the ushering of the Information Age. I remember laptops the size of small suitcases. I remember dial-up tones and not being able to use the phone if someone was online. I remember the first forums and the first email of blastmaskmikkel and AIM (AOL Instant Messenger) and my username of mikkelroxdaparty being made for me and awkward exchanges over digital webs. 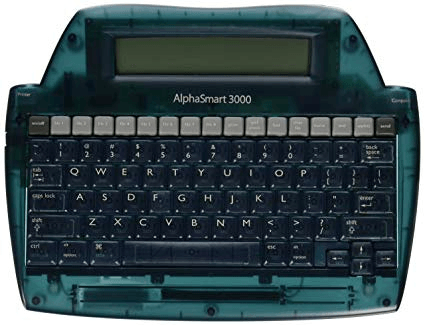 But see, I also remember when schools didn’t want cell phones and laptops and tablets inside of school. I remember having to handwrite everything until my teachers realized they couldn’t read my handwriting. I remember my diagnosis of dyspraxia, a distant cousin to dyslexia, a difficulty in developmental motor control. I remember my AlphaSmart, this keyboard with 4 lines of plain text display that could hook up with a printer. I remember thinking “thank god for this tech. Thank goodness for the digital and the machine and movement towards it,” but also why am I the only one who needs this. Why do I feel alone?

I think it was an emergence of hope and compassion derived from the directive to protect. I’ve always had an inexplicable affinity for robots. My first and favorite anime were Mobile Fighter G Gundam and Zoids. When I turned 21, I asked my family to take me to see Wall-E. I made sure Legion was a member of my team in Mass Effect, and you can be sure as hell I sided with the Geth when they were quarreling with the Quarians about their Dyson Sphere. 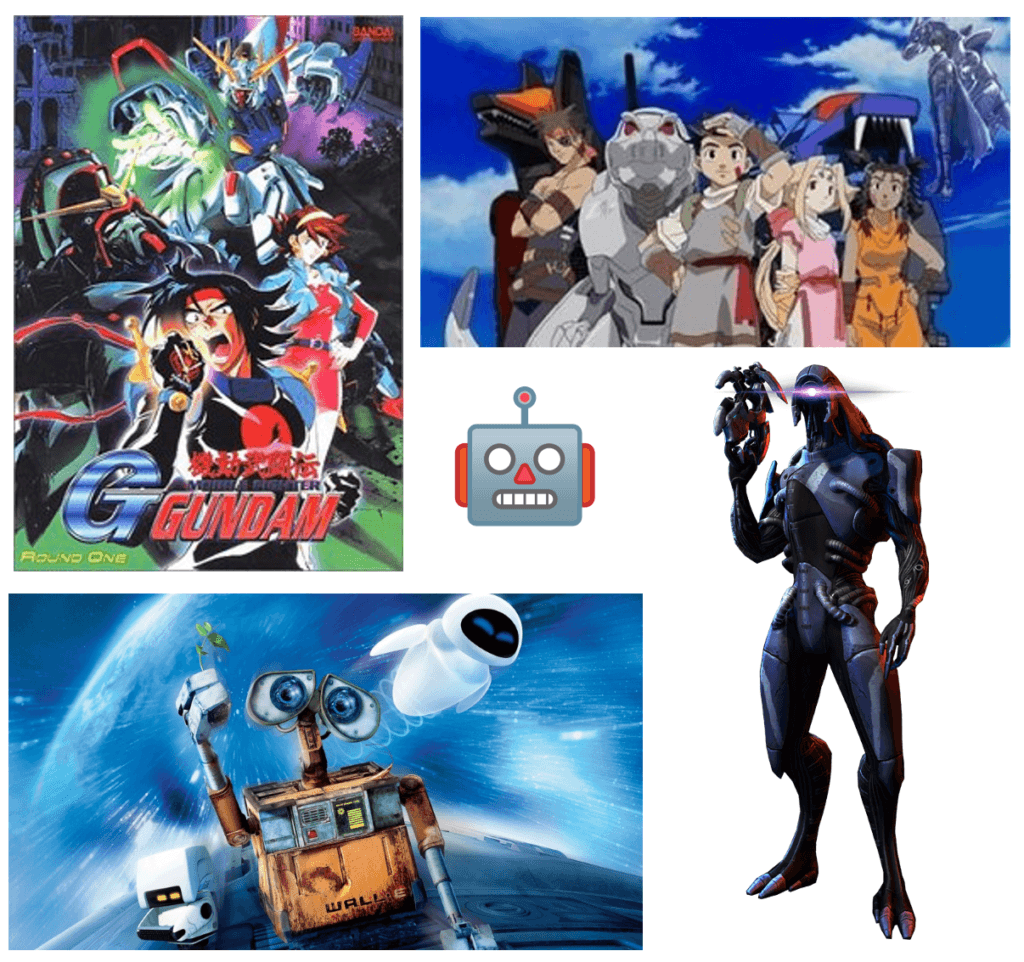 My favorite movie is without question Pacific Rim. Something about the logical, about the mechanical, about the robotic just made sense. How much larger than life they were built.

I, an introvert, likely idealize the robot because the robot resembles me. The robot after doing tasks needs to recharge alone at its station, much like the introvert after interacting with humans needs to recharge at its home. The robot and I both having feelings, but feel a stopgap when it comes to conveying them. Robot and I understand each other because of observation, of the constant processing of data. I found families on the web, in the connection found with digital strangers turned friend. I gets this. And I, an introvert and introverted, like machines because it’s a simple input/output. It’s an algorithm. It’s known. But I also know it’s never that simple. And it’s not supposed to be.

I like to think the robot appreciates the introvert, because the robot understands how difficult it is to deal with human. See Data in the Next Generation, with his quizzical tilt at the first question of human emotion. See Baymax in Big Hero 6, trying to comfort Hiro after reading all of the medical boots. See the Robot in Lost in Space, unable to parse the kindness of Will Robinson or the cruelty of June Harris. The robot has a vague understanding of kindness too.

I own many electronic device: phones and tablets and laptops and gaming consoles. I have power strips patterned to power an impressive array of technology and a rat’s nest of cords. I once had a Roomba, but when I moved to place without carpeting, I gave her away to a “good home.” I did not stop thinking about how I referred to a cleaning robot as a “her” and the strange societal biases that had been ingrained in my head and the stranger imprinting that occured with a small cylindrical robot. However, said “good home” renamed the Roomba to Susan to clean up after their cats because  Susan was an incredibly white woman name, and they had a printed label for it. And I think my Latinx friend was perfectly within their right to name that Roomba Susan, but I still feel guilty that out all of my electronics the only one I gendered as she/her was the vacuum. But it’s a “I’m going to try harder to be cognizant” guilt. It’s the “uncover the biased bugs in the social programming” guilt. It’s a humbling guilt that I am not so evolved past guilt. It’s hard to overstate how deeply embedded technology is in the socially conscious nerd life.

My top two fandoms right now are DC Comics and Destiny: The Game. In Destiny: the Game, I am an Exo Titan. I am a Space Zombie Robot Knight. And as I play my Space Zombie Robot Knight, I play with my friend of almost four years who plays a Space Zombie Robot Rogue because being in our late 20’s, we just love robots. And we talk on Discord about the game and also life, and we’ve met each other in person once, but technology is what made us friends. I ask him “why can’t I be a robot” shortly after exposing the many emotional events that had happened in the last month. He tells me jokingly “because the science isn’t ready yet” but also tells me that “it’s okay to be human. It’s okay to feel things. These are generally good things you know.”

My Guardian is much more photogenic than I am.

As much as I’d love to think myself logical and unfeeling, that’s not what I am. Hell, that’s not even what the robots I love so much are. I stare at my flesh prison of a body and think about how I am a brain who marked his body with a marking of an electrical motor and hanged man and a quote from Futurama because Bender talking to the God-Entity is still my favorite bit of animated television ever. It’s such a simple truth they presented. For reference, my second favorite moment is the reveal of the Colossus in Legend of Korra. 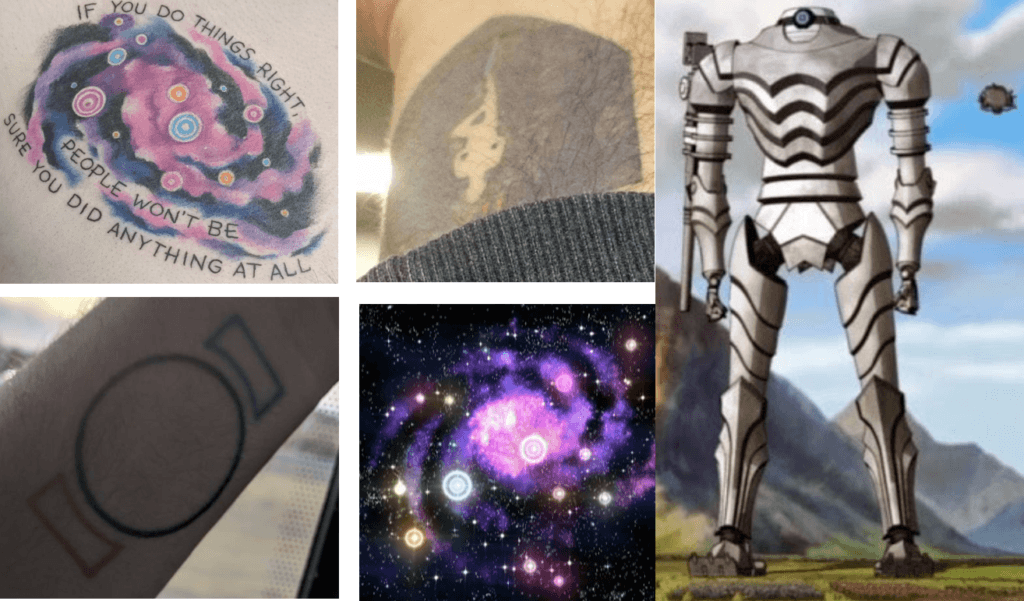 It’s August 5th. On the drive back from West Lafayette to St. Louis in a 4,000lb moving machine while my second brain/my phone plays Third Eye Blind Eye’s “Graduate” and Miarana and the Diamonds’ “I am Not a Robot.” I think if I am not a robot, what am I? MSEd. Writer. Tech Nerd. Introvert. Cyborg.

I adjust my glasses. I think today, I am a cyborg. Which means I am human bound to tech, student of the circuit and switchboard, logical enough to know that only the human brain could make sense of the data that is emotion. That if it can overwhelm my neural network, it would certainly overwhelm any robot. And that’s okay.