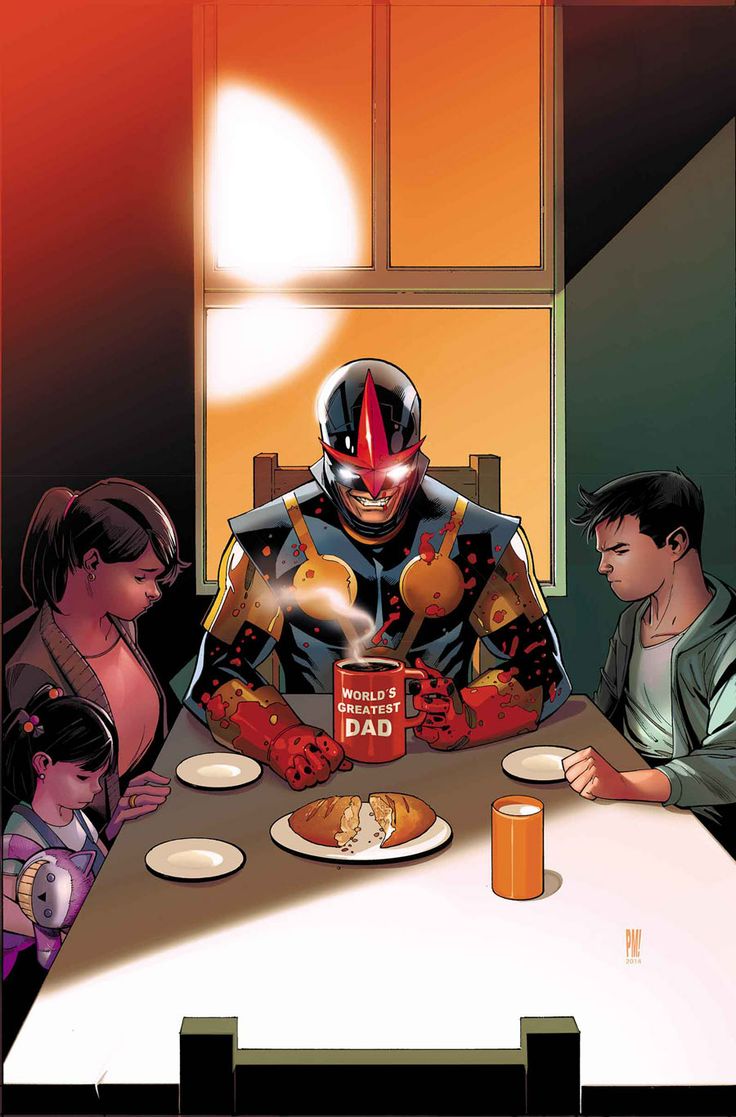 Yo, Sam Alexander my Nova I hate it had to be him. Duggan gives us the Nova tie in to Original Sin and you going to love it. We caught a glimpse of Sam’s father Jesse doing some dirt in the galaxy by snuffing out a Nova. This causes some concern for Sam since he is still trying to find his father, who is alive somewhere in the universe but now the idea of his Dad’s time as a Nova to possibly be tainted. This issue deals with Sam trying to get answers, so who better to ask than his Dad’s friend Rocket Raccoon, right? Right! Duggan has Rocket helping Sam track down the man he saw promoting his father for killing the Nova, Adomox. The truth is something that Sam has to realize isn’t clear cut anymore as Adomox’s tells it.

Baldeon art was pretty 50/50 with me it helped progress the story. He does capture the somber mood of Sam in the opening. It is clear in the detail that Sam is brooding over the piece of the truth about his father. There was still moments of comedy as we see Rocket taking out multiple guards as well as displaying his stealth infiltration skills. Duggan gave us a glimpse into the black nova corps but we don’t know if we are being told the whole story or just one version of the whole story. Either way, I’m really hoping this arc ends with us figuring out more about the black novas as wel as the actual truth in regards to Jesse Alexander.