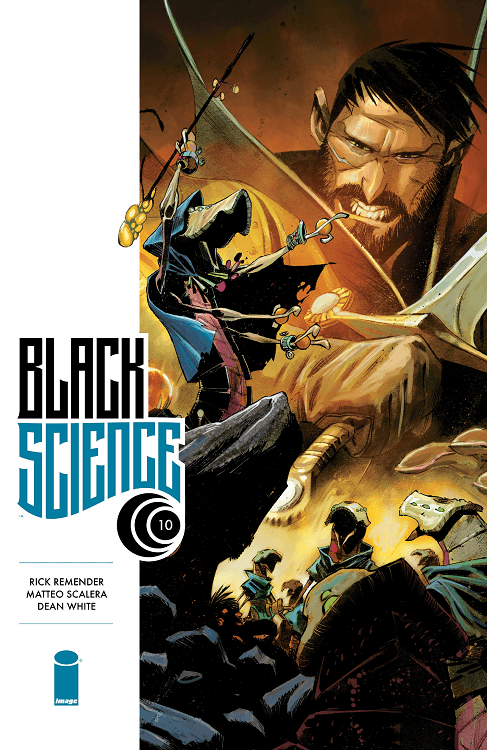 The core of what has made Black Science great such as the philosophical but rarely heavy handed dialogue or the art styling of Matteo Scalera are still very much present, but the last two issues have deviated from their original pacing. We’re now juggling dueling narratives with what I imagine will result in the reuniting of “a” Grant McKay uniting with “these” McKay kids. And its still pretty damn cool, the kinetic and frantic movement of the comic suffers a bit for it. All exposition isn’t lost however as the best part of this book is the conversation between Pia and Nate McKay that benefit both looking at Pia’s state of mind and whatever tension may come if Grant is back in the picture. It’s well done and well rounded to just state that everyone in this situation is fucked up. Even the kids.

The Grant side of the storyline is interesting and even a bit more obtuse (which, its really hard to be obtuse in this universe now), but only because we actually get to see the same storyline play out (with the same people) completely differently in another dimension. And of course, Scarlera puts his foot in the art of this book, even if it works somewhat against his (greatest) strength by not as much action occurring.

I’m still here for Black Science, every month. It’s gorgeous, engaging and unique. The split narratives have thrown the pacing of the book off a little bit, but will probably yield larger rewards when the two storylines merge.