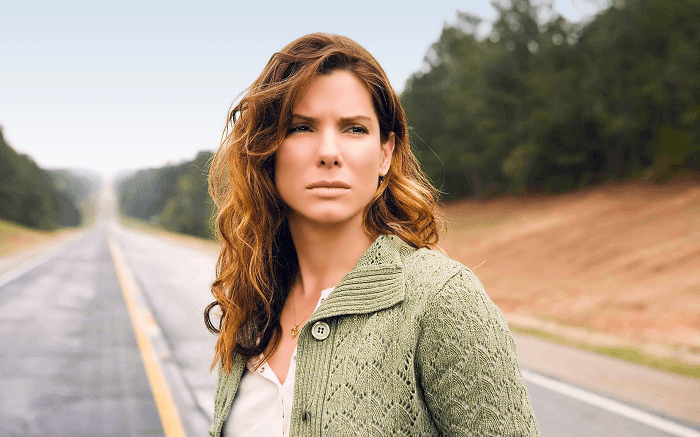 Full disclosure: Because the universal love affair with Sandra Bullock can only exist in a single entity before it becomes too much to contain like when two super heroes get too close to each other in Hancock, I am the passive Sandra Bullock fan in my household. My wife though, she ride for Sandy B like they used to go back to back in the playground fighting off mean girls in East Cleveland (I have no idea if Sandra Bullock has ever been to Cleveland, but my wife grew up there, so just let the visual do the work and don’t worry about facts).

Still, I fux with Sandy “Blaow Lick a Shot Blaow” enough to catch her flicks on an HBO rainy Saturday with no regrets, even if my wife can’t drag me to the theater to see her in a quirky romantic comedy. But this shit here? This shit right here my grifter? This sounds like glory in eight heavy to carry duffle bags out of a casino vault.

If you haven’t heard, Bullock is in talks to headline an Ocean’s Eleven reboot (or would that be a three-boot now) where she steps into the ridiculously comfortable and European style loafers that George Clooney vacated as Danny Ocean. Dope. Did I add that all of Ocean’s crew are women! Doooope. What, no? You don’t think so? You gotta problem with this, b? You feelin’ some kind of way because that meninist FB group dropped some next level knowledge on you about male genocide today? Oh…ok. Well, before the groans begin, let’s get some shit clear off the bat:

Is there any problem with rebooting Ocean’s 11 with an All-Women cast? Naw, b. There isn’t. There is nothing explicitly male as a necessity about any of the characters in Clooney’s crew where they can’t be women or dare I say Hollywood, Transgender or non-gender conforming (oh, we’ll get to that). Nothing at all. To be honest, if you want to harp on stereotypes, stare at the style and aesthetic of Clooney or Pitt in these films and tell me these roles can’t be filled by women. If so, you just lying to yourself, homie.


[divider type=”space_thin”]
Now, the more important question: Do we NEED this reboot? Yes and no. Consider this: Bullock landed on this project, primarily because she was searching for roles that she could intentionally gender swap because she was so disinterested in the roles for women she was coming across. Fam, that speaks volumes. Her current film Our Brand is Crisis, was actually a George Clooney vehicle in it’s origin. So there is intent and agency here on Bullock’s part. Do we specifically need an ensemble heist remake with an all women cast? I don’t know. I guess the box office will sort that out. I am a fan of this movie happening, but I don’t think we solve the gender representation problem in Hollywood by putting ALL THE WOMEN in one movie compared to putting MORE women in ALL THE MOVIES. Just a thought. At any rate, no reason we couldn’t do both.

Next question: Is it actually a bad sign that this seemingly blockbuster movie is a rehash of a formerly all male production? Not the way I see it. Nothing wrong with using a good story (which Ocean’s 11 is). Nothing wrong with breaking down long held patriarchal walls (the “diverse” group of grifters that happen to all be men). And there’s a stunning lack of originality in Hollywood as it is, so we can’t get indignant about reboots just because we’re swapping the genders of the characters.


[divider type=”thin”]
Now, if we can get past the butthurt of this movie’s existence, can we start casting this damn thing already?

Look, the best casting is the first one, Bullock as Ms. Ocean. Word, done. I see it already. I don’t care about whatever (most likely) guy gets put in Julia Roberts role as her ex because that role was terrible anyway (especially in Ocean’s 12) and the chances that the actor will be of Robert’s caliber is low, so there isn’t much else to do with that role. Most important casting is going to be Brad Pitt’s old role because he truly holds the movie (and the trilogy) together. I kind of feel like Gina Torres is built to be the ultra smart, but ultimately bored con artist that gets young and salivating men to give up their life savings just to have her talk to them in her signature low tone that makes them feel pretty. But I tend to feel that way about all the roles concerning Gina Torres, so I’m flexible on that.

Ultimately, here’s what I need: This can’t be Bridesmaids the heist. We need more diversity than that. And when I say more diversity, I mean race, language, ethnicity, sexuality, physical disability and non binary. It’s ELEVEN people for crying out loud. Let’s see how many groups we include in this joint.

Second, this movie can’t be about a man. Yeah, I know, much of Ocean’s 11 came down to Danny trying to win back his ex wife by robbing her current boyfriend. This is what we call “improving upon the model.” That shit was wack and way too “your princess is in another castle” anyway. Let’s do something where this ultimately has nothing to do with “getting the guy.”

Last…I dunno, I just really want Jessica Williams to fill the role of Basher, that was played by Don Cheadle. I just see it way too clearly, like when Jesse Pinkman figured out that shit with the ricin cigarette. I feel like that’s one of the first casting calls. I don’t ask for much. Well, I won’t ask for much more.

Who do you want to see cast in this new Ocean’s 11? Let us know your non-woman hating thoughts in the comments.