Cell phones. Tablets. Interracial kissing. Commonplace today, but prior to 1966 there wasn’t anywhere on T.V. you could have found such novelties. Not until the enterprising Gene Roddenberry sent his crew into living rooms across the country to boldly blow the minds of viewers young and old. Now the show that’s inspired generation is returning to T.V….kind of.

See, in 2017 CBS launches a new series created specifically for U.S. audiences, but only the first episode will air on television. After that, the series will air through their on-demand platform CBS All Access. Roddenberry may have imagined a money-less future but CBS is very much part of our capitalist present. All Access means 7,500 episodes from the current television season at your fingertips…for six bucks a month. Compared to other ODP’s it’s not much, but considering the network is accessible using rabbit ears, this feels like a ploy to expand the platform by not airing the full run on traditional broadcast T.V.

In the three short years that the original series ran much of the public’s exposure to possible future tech and progressive ideals came through Star Trek, which came through freely accessible network T.V. Roddenberry created a technologically advanced society that explored the stars, seeking out new and different cultures to learn from. In doing so, the crew of the Starship Enterprise managed to teach and inspire millions, including innovators who would go on to produce everything from Krazers to iPads.

What’s more, the inclusion of a character like Nichelle Nichols’ Lt. Uhura in the original series, the highest ranking female officer aboard the original Enterprise, is cited as a direct inspiration for Whoopi Goldberg, and countless more viewers of color. You may have heard the story: Whoopi sees Uhura on the screen, jumps up from her seat and runs through the house screaming, “Come quick! Come quick, everybody! There’s a Black lady on television and she ain’t no maid!”

That was not an everyday thing, y’all, that was an event! Years later when speaking to Gene he asked her why she wanted to be on Star Trek: The Next Generation, she told him “It’s all Nichelle Nichols’ fault, and yours.” 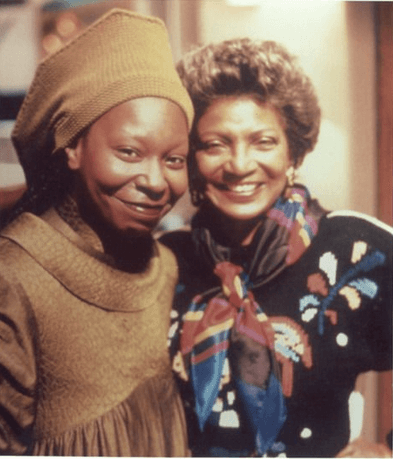 Imagine a young me, beaming at the sight of a Black father raising his son on a space station next to a wormhole. Star Trek: Deep Space Nine was more than escapism. It was a vision of a future with me in it. And it was free. For years as a child I was cable deprived, clinging to what programs I could actually watch that appealed to my inner nerd. I cherished the weekends when our local FOX affiliate aired DS9 and Voyager, sometimes setting our VCR to record episodes if we were away from home. Years before that I watched TNG at my mother’s knee, and inherited her admiration for Jean-Luc Picard. Dad’s more of a Kirk man but that’s a different story. Point is, Trek runs in my blood, and excepting the films, it always ran freely. The news of a new series is exciting but puts a small dent in the original feel of weekly broadcasts into homes across the nation. I wonder if my fam were living like we used to, would I be able to tune in?

Things are a little different now though. Today’s tech savvy consumers can find a way over any pay wall, and viewers aren’t as subject to a narrow field of programming. In the years since the original series ended there have been four other series and three times as many films, with another in the works. All including varying levels of representation and storytelling. Television has changed tremendously and though tokenism is still an issue, T.V. has become much more populated with leading women and characters of color.

The new series promises a new cast and new adventures, but might not be blazing any new trails in terms of what we see today. A gay character is likely but nothing revolutionary given what’s out there. Though as the originator of much that we see in sci-fi — and reality — today, one can’t help but wonder what new life it will breathe into the landscape of T.V.’s new world of on demand streaming while beaming new money into the franchise.

***Alex Kurtzman co-wrote and produced the 2009 reboot and its 2013 sequel and will serve as executive producer for the 2017 Star Trek TV series.***