Even while the storytelling becomes more dense and expansive on the main plot, ODY-C still looks and reads beautifully. Even in its most disturbing images.

After being introduced to the Sons of the Wolf a few issues back, we get the origins of why they perform this ceremonial sacrifice that makes them less noble than we might have originally thought. While I still don’t love this current arc compared to the first one that centered around Odyssia, this felt like the best installment of it so far.

While there have been plenty of hints at it throughout the run thus far, Fraction doesn’t shy away from the myths and real world histories that have shaped our world. Which is mostly the power over and the assault on women. The Sons of the Wolf face a betrayal that is personal, but ends with an assault on their entire community and there is no denying, this is a thing that men do. I like how Fraction offers a reason, but not a justification for their actions as this is not presented as something that has to happen compared to something they have willed to happen. 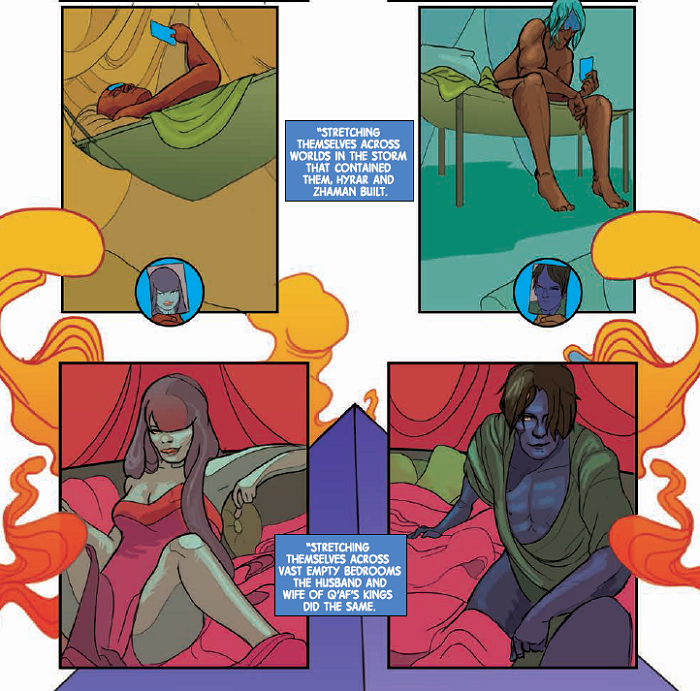 Of course, the storytelling isn’t solely on Fraction as Ward does the heavy lifting through much of this issue, where multiple pages of the comic feature no text whatsoever. ODY-C has always been about this beautiful brutality and Ward may have had his best complete issue since we left the Cyclops many issues ago. The story does not end with just the brothers however, as the Queen has entered hostile lands of men so shamed by being rapists, they have built monuments of bones to atone.

ODY-C is so, so different than anything else out there and that doesn’t seem to be changing any time soon. There have been some peaks and valleys, but this was a particularly strong issue that might move us closer to some cohesion of the stories down the road.