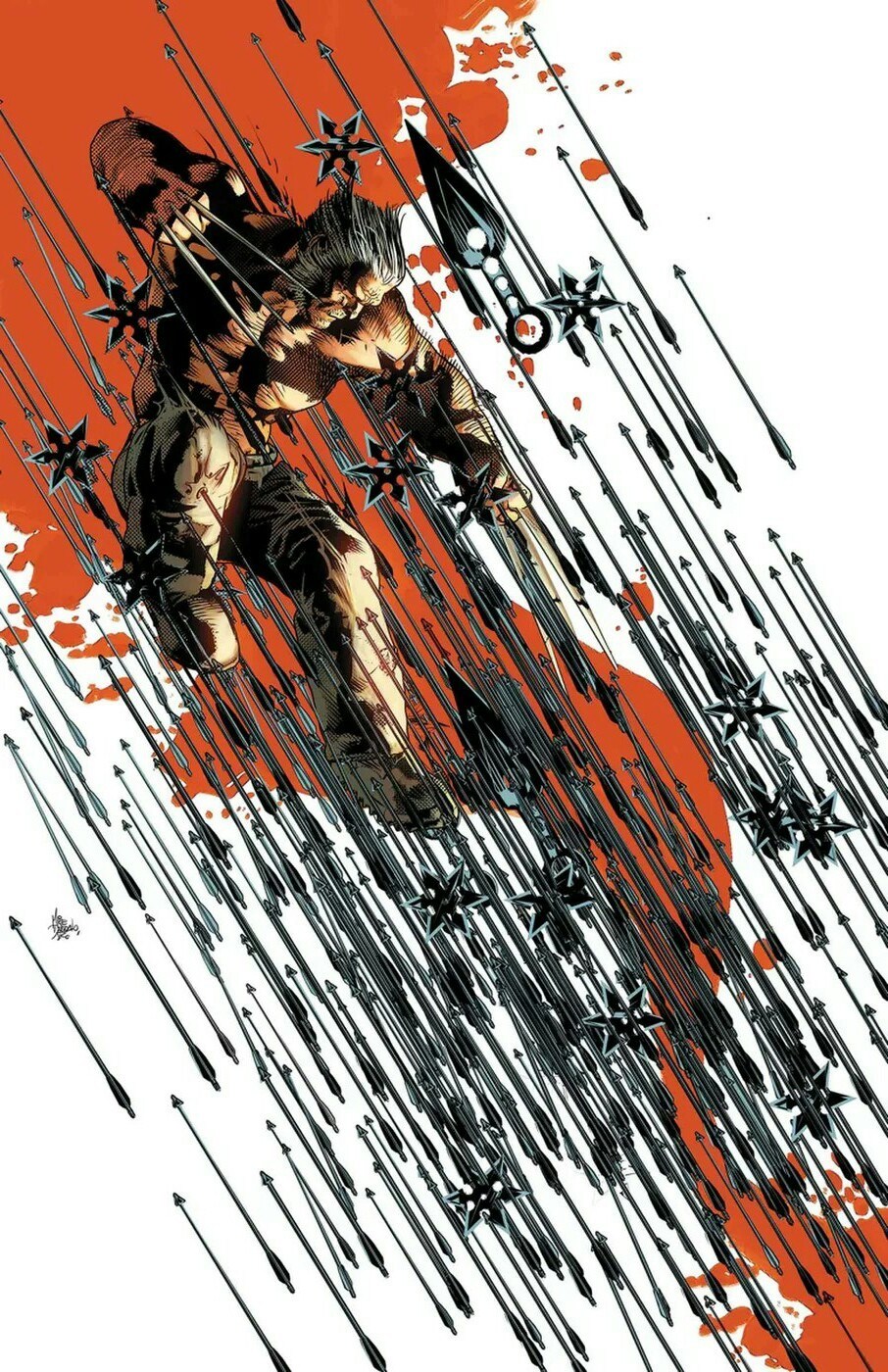 Are you tired of stories with Wolverine in Japan fighting ninjas and samurai? The correct answer is, “No, and shame on you for asking such a question”. Ed Brisson and Mike Deodato Jr. understand this and bring us Old Man Logan #32: Scarlet Samurai part 2.

I need to take the first few seconds of your reading to address the cover of this comic. Wolverine hailed by a barrage of throwing stars, arrows, and shurikens in an unphased action pose. Deodato outdoes himself with this tribute to awesomeness. In all seriousness, the cover conveys much of what makes a “Wolverine vs. Ninjas” story impressive. Ninjas are plentiful throughout the Marvel universe (and the comic universe at large). There’s doubtless fun watching Spider-Man contort himself between arrows or seeing Iron Fist skillfully dodge a series of sword strokes. Seeing a spear crumble against Luke Cage’s body affords a certain satisfaction. Only with Wolverine can you get a fight that ends with the victorious hero a pincushion of ninja equipment. The cover of the latest Old Man Logan expresses that visceral feeling.

The Scarlet Samurai story hits all of the classic buttons you’d expect. Ninjas, samurai, the criminal Japanese underground, and most importantly Wolverine’s colorful history with the Land of the Rising Sun. With classic stories like this, the art is paramount in keeping our attention and interest. Just like the cover, the interior art dazzles. The array of scenery from a lush, daytime graveyard to a dank bar just asking for a ninja attack, this art sings. The book ends with a tragic reveal about the Scarlet Samurai and demons from Logan’s past. If you wanted more from “The Wolverine” and loved “Logan”, this comic needs to be on your pull list.

8 Decapitated Civilians out of 10