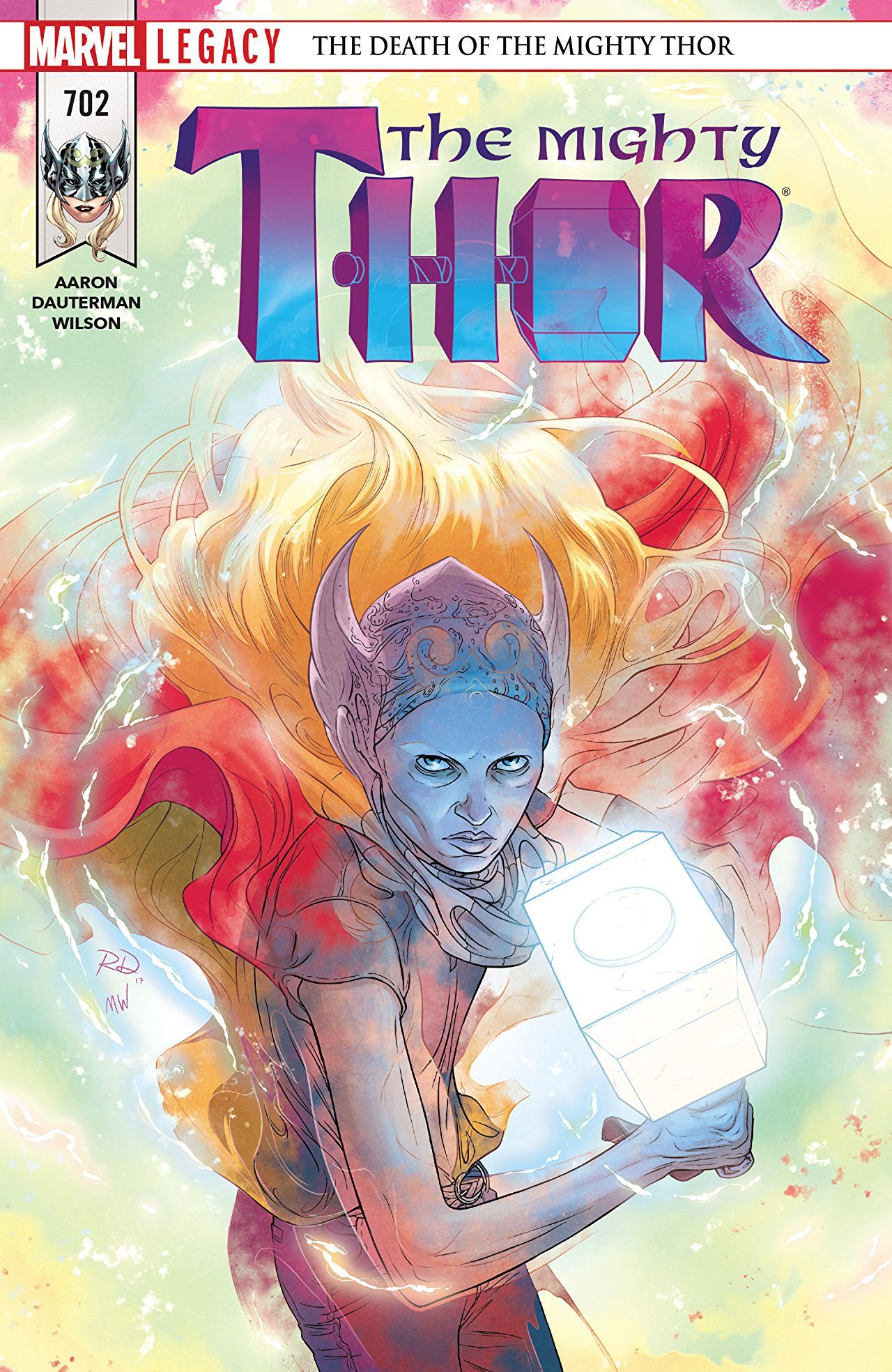 Jason Aaron is working wonders on the Thor mythology. To have been going this long while keeping the book so fresh and innovative is a wonder unto itself. This universe spanning tale always manages to feel epic while still having a very intimate degree of heart and pathos. Sadly, “nothing lasts forever” seems to be a message that hits hard in this week’s issue of The Mighty Thor.

Issue #702 spends a decent page count hammering home that Jane is burning it at both ends trying to keep the ten realms from succumbing to absolute chaos. Her dynamic with the Odinson is hella entertaining because it’s not just the evolution of Jane as Thor, but that of Unworthy Thor re-earning his worthiness. Aaron has been putting him through his paces every bit as much as he has with Jane. And the special guest appearance from Hercules is, much like the rest of this series, worth its weight in Uru metal. So much ego and macho energy in one room always makes for entertaining fare. 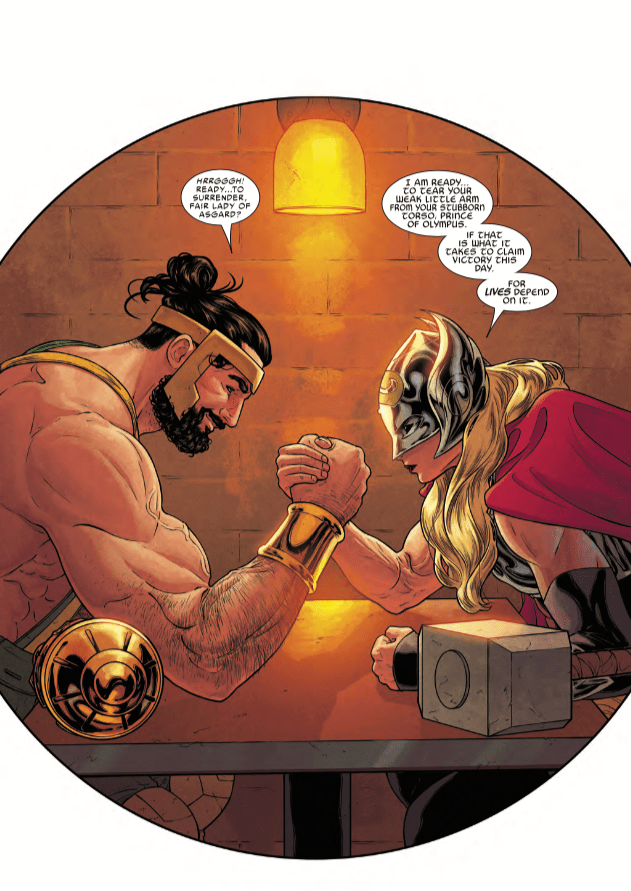 Russell Dauterman’s art work is back and, as usual, it is absolute fire in the booth. This issue featured a lot of epic yet emotional moments where he delivered an ample amount of gravitas. When sickly Jane faced down huge, all-powerful Odin, you felt every bit of the tension and size between the two of them. The highlight is probably the final panel that I won’t give a way because you deserve to bare witness yourself.

Bottom Line: This issue was a sort of “calm before the storm” entry that resolved a couple of lingering plotlines. Aaron masterfully galvanizes the good guys for the coming threat, once again offering up some long teased payoff. I don’t know how many times or how many ways I can say that Aaron has been writing a guaranteed knockout with this book for years now, but that’s the kind of gem Marvel has on its hand. This book is the Adonis Creed of the Marvel’s current arsenal.

9 Tessa Thompson Swordfights out of 10