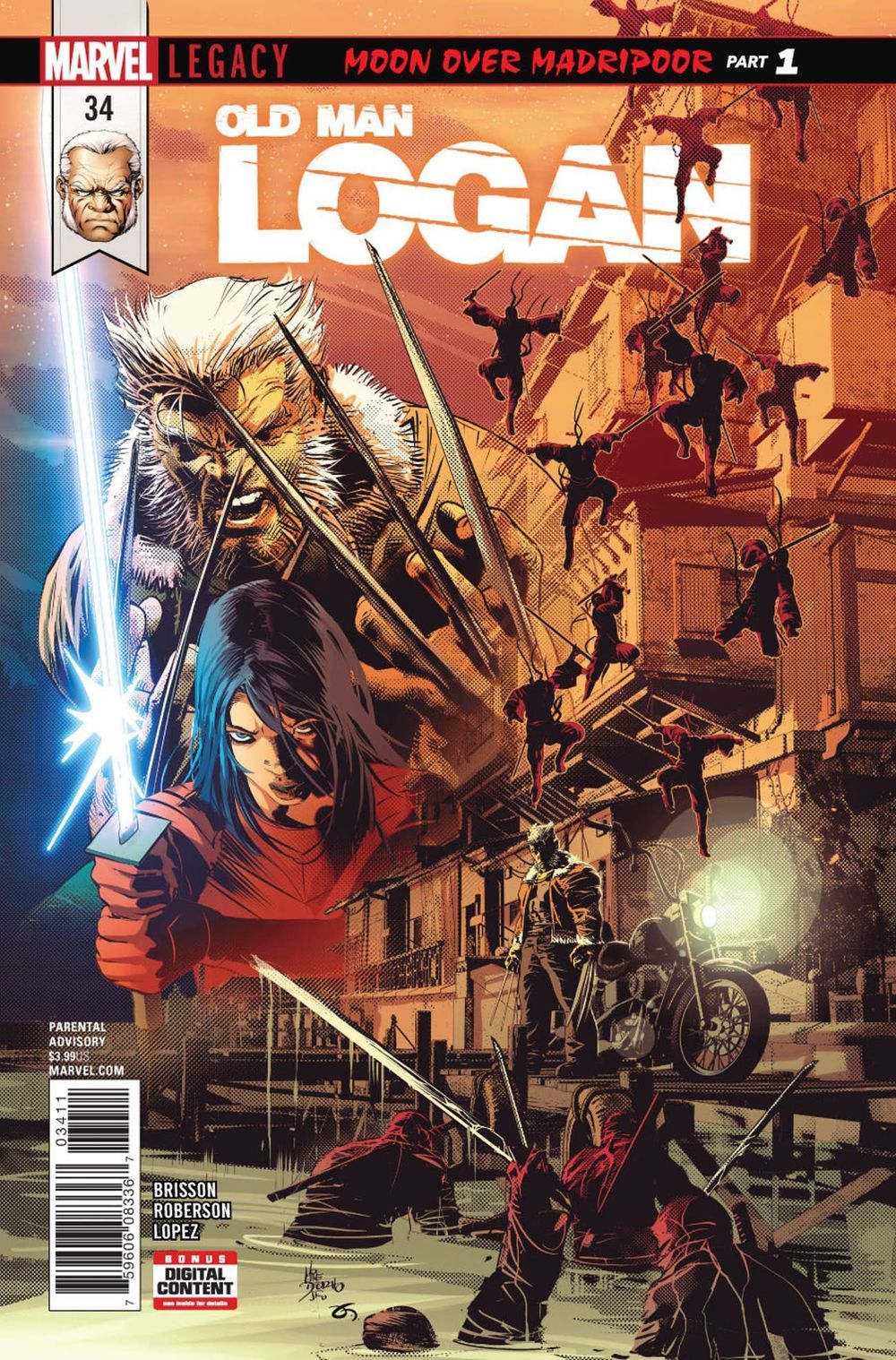 I remember 15 years ago I had the pleasure of watching Ong-Bak: Muay Thai Warrior, an incredibly choreographed martial arts movie starring Tony Jaa. I left the theatre thinking, “That was amazing to look at but story-wise, they just threw a bunch of conveniently diverse obstacles in the character’s way in different locales”. That’s kind of like Old Man Logan right now.

I didn’t think it was possible but I grow weary of Wolverine slicing and dicing ninjas in a basic story. Don’t get me wrong—Roberson does some impressive work in this book, including a beautiful page of Gorgon turning someone to stone and destroying the petrified victim. However, the stunning visuals are simply not enough to distract me from the comic book equivalent of Tony Jaa beating up an English street fighter in a bar followed by him beating up a Brazilian capoeirista in a temple.

That being said, there is a moment I need to give the creative team props for because it caught my eye and inspired a fair amount of imagination. They go out of their way to let you know what kind of beer old Wolverine likes to drink. Spoiler alert—it’s Canadian. I refuse to believe that a Madripoor hotel in Southeast Asia routinely stocks (and this is the labeled name) “Canadian Beer”. That means that in the midst of Logan’s crusade against this deadly drug, he had to look at the Scarlet Samurai and say, “Mariko, we have to make one stop”. All things considered, this is a fun book to read if you are a fan of Wolverine fighting ninjas and good artwork (so pretty much all of you).