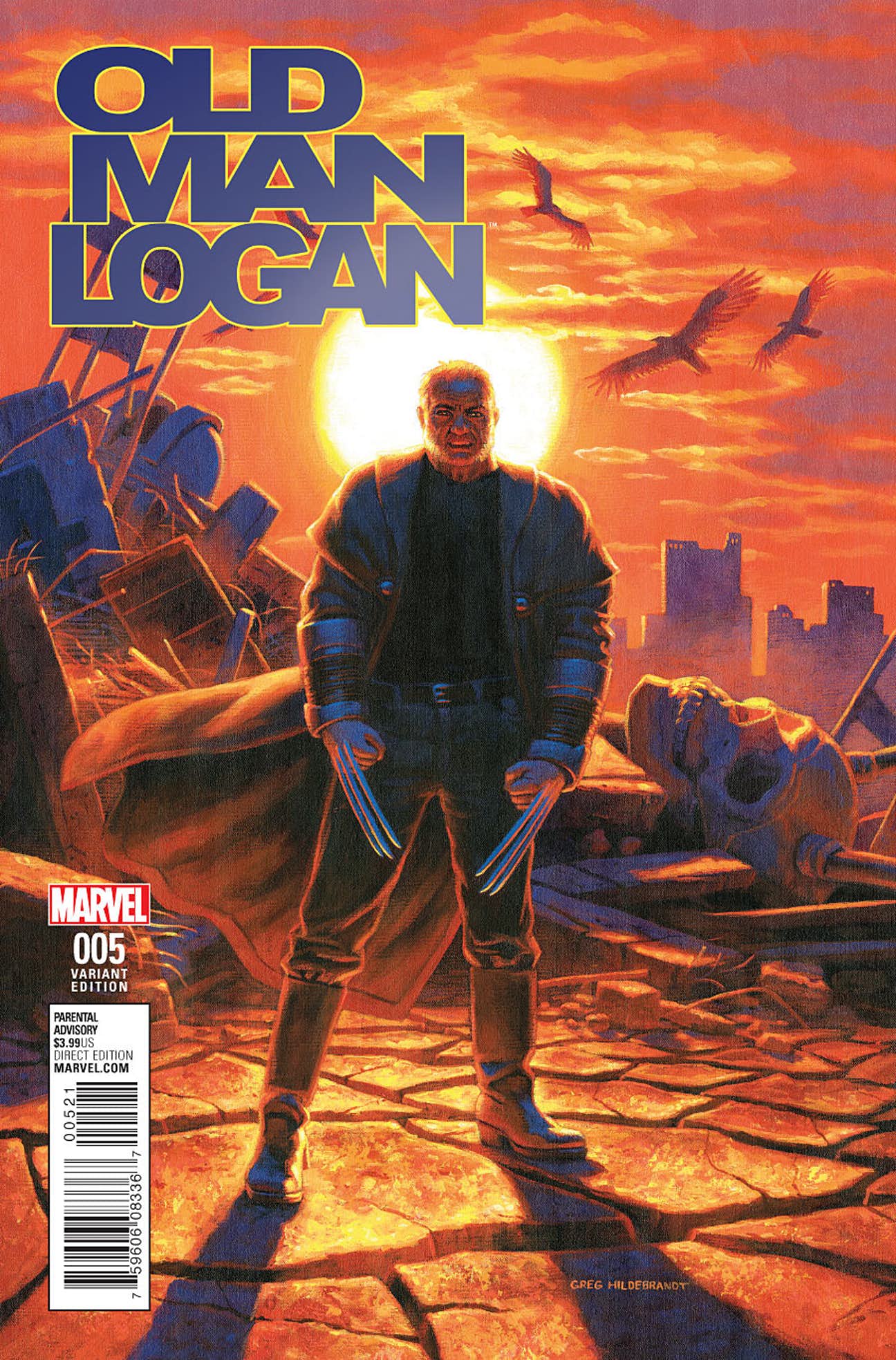 One thing that Bendis has done well is to keep the theme of Logan’s angst over his aging a strong thread throughout the series. Opening this issue with this:

“This is what old is. Confusion. Aches and pains…All I been through in this life, you’d think the world would give me some way to just go home.”

It is beautifully done, melancholy but not quite corny. I sympathize with Logan in this book, feel how tired he is, how heavy with regret. Similarly, I’ve really enjoyed Emma Frost’s incarnations. She appears in two or three of the domains, always both impeccably chill and deeply caring.

And it is Emma’s ability to read minds that propels what counts as the plot of this issue forward. She provides Logan with a few, core moments to help him remember the point of it all. With the strength of her mind-reading powers and a few good guesses, Emma offers Logan predictions for his future. And even a few tentative “why this happened to you” answers. It is all exposition-heavy, with Emma Frost providing most of the narration. Culminating in this:

It is well said, given Logan’s regrets and the opening of both the issue and the run, and the art — or in that panel the lack thereof — plays on it well. Sorrentino and the rest of the art team work each line break, each panel and each spread. They have a gift for knowing when to fill the space, and when to leave it blank. The art has saved this comic for me, bringing humor or irony when the dialog was heavy and beauty when the story wasn’t going anywhere at all.

And that’s my final critique of this issue: nothing seems to happen. Logan lands. Emma explains. There’s an implied or suggested ending to the Secret Wars event, then Logan is dropped back into a world just like ours, off to do…whatever it is Logan does. After being taken on a tour of so many domains, to imply an ending without giving me one is anti-climactic and leaves me feeling like this was all a set-up to get me to read the main Secret Wars title — Which I’m doing any way. I’m unsatisfied and Emma Frost, well-written angst, and beautiful art can’t quite make up for that.

Summer is over, and so is this Secret Wars title. Are you going to follow Old Man Logan into the “All-New, All-Different” line-up in January? My mind says “Nahhhhh” but depending on what else is out, I might pick up Issue #1, just to give it a second chance. Don’t we all deserve one?