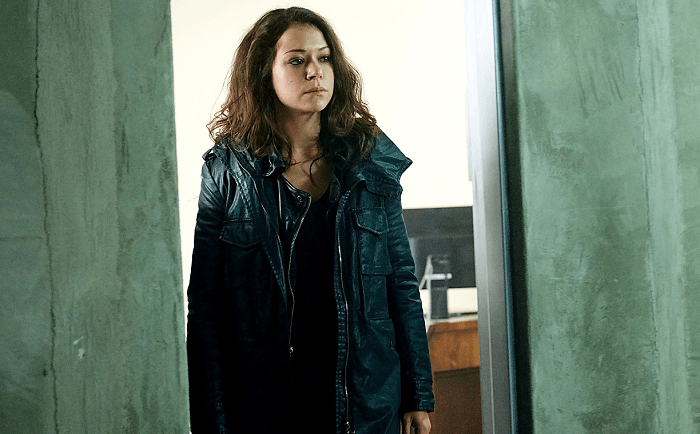 Well Damn, Mama Prolethean came up out the corn field with straight crazy eyes after putting the hunting rifle on Mark. She comes back to the barn to see if there are any witnesses to the deed, but Sarah knows nothing good ever came from a pale woman with floral layers on and a weapon with a long term scope, so she gets all the way the fuck outta there.

She goes into the cornfield and sees that Mark is still alive. Despite the fact he was ready a distinguishing characteristic in the middle of her forehead before, Sarah helps him stop the bleeding and gets him out of there before the other Proletheans come to collect his fade.

Back at the cult-pound, the Proletheans are singing while everyone got that top button, buttoned, as they welcome Gracie back into the fold. Some blind old dude, Mr. Appleyard, that took them all in after the fire does the “wow Gracie, you’re so big now…and with child” routine. Gracie gotta be fed up with old creepy dudes putting their mits on her by this point, right. Shit is getting real Big Love up in here. He does a real informal examination and knows something is wrong before getting her some more food.

Sestra #1 with a bullet still locked up and stages a disturbance to get a sedative. They take her to the infirmary…after she throws her fecal matter through the bars like them chimpz you see at the zoo.

Alison is rapping with Cosima when Donnie comes in saying he’s been followed. Now, Donnie is transporting a gotdamn Walgreens pharmacy in the van, but Alison thinks that it’s the realtor trying to get her out of the election. Sestra, what we talkin’ bout? 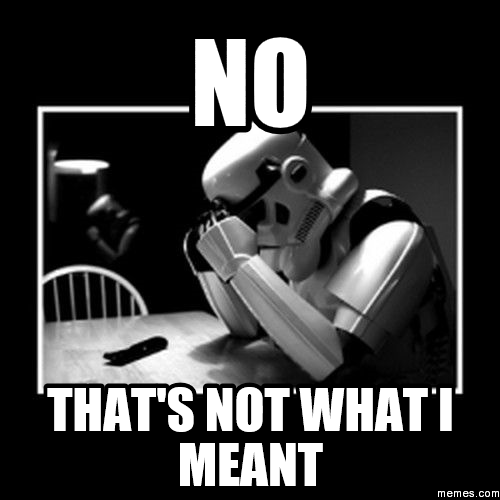 Donnie is like, nah b, might be something more serious then your exit polls, so they put a plan in place to move the weight out of the house.

Sarah and Mark are doing the buddy cop thing as Sarah tries to find a place where they can lay low. Mama Prolethean apparently is a shit shot because that “kill shot” was just some shit off the flank, but her first one hit Mark in the leg and it’s still there. Mark convinces Sarah to take the bullet out, but after he answers some questions.

The Helena Identity is faking being knocked out while these Castor fucks are letting their guard down. When the coast is clear, her handler, Le Scorpion, get on the mic and started giving her instructions. Time to stake this hellhole out and see what “the next box holds.”

She start searching the spot while trying not to pass out from the drugs. Eventually she stumbles upon a operating room with yet another fuckboy clone strapped to a chair. Yeah, likely that isn’t good. Sestra #1 heads back to the infirmary before being discovered.

Mark and Sarah are holed up in this abandoned house, trying to get the bullet out of your boy’s leg. He wants Sarah to dig around in his wound to locate the bullet. Which sounds like an awesome way to spend your Saturday night. Speaking of which…

Sarah, somehow gets the bullet out with some pliers without both of them throwing up on each other. Then, a tender moment between brother and sister.

Alison and Donnie are trying to move all these pills and soaps, but Donnie’s sciatica is acting up, so Alison is literally carrying all the weight when they walk outside and see they have a visitor. Turns out, Ramon actually wasn’t college bound and trying to get out of the game, he was trying to drop off the muthafuckin map altogether.

Basically, Ramon sold some shit that wasn’t his, so the dude who actually owns it wants to meet with whoever is moving his shit. Old boy tells them they should get a sitter for both Oscar and Gemma (yeah, he knows your kids names, homie).

Back at Felix’s loft Cosima is getting up on her summer reading with that codebook in the Dr Moreau book that Duncan left. Fee comes home and notices that Cosima is curled in all the regret of her ex bae. Felix is like, that heifer was not on your level boo, do you see how you’re killin’ these locks? He finally convinces her to go to the bar with him while they wait to hear back from Sarah.

Gracie back at “home” and is about to put on the partridge family dress that Momma Prolethean laid out. She start getting the bubble guts real bad then notices that she’s bleeding. Momma Pro calls the midwife. The one they fired before. Maybe she’s in the miracle business.

Sarah and Mark are talking about their childhoods and shit before Mark sorta kinda mentions that he found some stuff that wasn’t of any use. He passes out and Sarah makes the play by taking his motel key and bouncing. But the motel is about to be the hotspot because Rudy is on his way there too.

At the meet, Donnie in the car and packing heat like he bout to walk up on these cats talkin’ about his name is Heisenberg. Alison lets him know that her eyerolling game is on fleek.

The muscle from the bossman frisks Alison and tells her to get in the H2 while Donnie stand outside looking like he got out of a sales meeting for door to door vacuum salesmen, missed his bus, walked a block and accidentally ended up in a drug deal. To Alison’s surprise, her ex bae from high school is the man behind the pills.

They reminisce about everything short of discussing their favorite positions 10 years later, before Alison convincing him that she may not be the pusher he wanted, but she’s the pusher he needs.

Cosima and Fee sittin at the bar discussing why Cosima can’t get over her ex overrated boo. Then Felix said some corny shit about putting yourself out there, but I didn’t catch it all as I blacked out from corniness and woke up when Sarah called.

Reading over the data, Sarah and Cosima put it together that these Prolethean fucks, who should not be pro-creating at all, had a son first from the Castor DNA who didn’t survive.

Speaking of youngins not surviving, creepy grandpa is putting hands on Gracie’s stomach while surrounded by the Women of the Corn and candles lit in every corner like this is more of an exorcism than it is a child birth. Sadly, it’s neither because Gracie has a miscarriage and Mama Prolethean clears the room like there was an asbestos scare. She hits her with, “We casting you and your womb out of this muthafucka. It’s been way too real G-Money.” So basically, Gracie is having the worst weak in modern history.

Apparently, Sarah been hanging out with Alison too long because she left her street smarts back in that abandoned house and gets snuck by Mark while washing her hands after handling a dirty lockbox.

He doesn’t appreciate getting left for dead by Sarah, but she lets him know that she might have found a source for these Castor fuckboys. They drive out to Prolethean origin house and find the grave of little bastard Abel. Mark forces Sarah to dig him up.

On MSNBC’s Lockup, Helena is using a pork chop bone she’s gnawed down and shaped as a skeleton key to escape her cell. Ok, I know that sounds like me making a joke, but it’s actually, exactly what the hell she just did. She gets out of the cell and is probably a few rights and lefts away from escaping, but this is Helena we talkin’ about. Ain’t nothing a straight line for her. She remembers Castor experiment 407 and goes back to release him from his torment. Turns out, Parsons, or Castor Experiment 407, should never go back to that barber ever again, cuz they took a lot more off the top than was necessary. Helena feels a kinship to him, knowing what it’s like to be betrayed by family. She sings Parsons a lullaby before putting a scalpel about six inches deep in his exposed brain.

Sarah is still digging while Mark passes out for the 17th time this episode. She finally finds the tiny coffin of Abel, but when she goes to share the news, It’s Rudy standing there instead. Sarah buys herself some time by telling Rudy that Castor DNA is in the box. When he is distracted, she Bryce Harper your boy with the shovel and runs to a nearby barn. Yeah, hit him once. Which was like 14 less than it should’ve been. Then Rudy come into the barn with the shovel on some Bad Boy shit.


[divider type=”space_thin”]
Rudy finds Sarah and is about to give her the sleepy time tea, when Mark comes back from the dead, again, and talks him down as his superior officer. He basically shames Rudy for being a loose canon, being a fuck up and wetting the bed when they were six to convince him to fall in line. They have the sample they need so they just need to complete the mission and return home…but first they gotta do something with Sarah….

And yeah, sorry that’s the end, I don’t fucking know either fam. Guess we’ll find out how they don’t kill Sarah next week. Sorry for the spoiler.