It’s that time of year again. Weebs, otakus, weenies, nerds, all descended to the nation’s capital August 11th through 13th to celebrate Otakon 2017, the infamous East Coast anime convention. I myself was prepped for this: I had a duffel bag full of my cosplays, sandwich stuff, a fancy-smancy camera, and my trusty Ein plushie (don’t judge, you know Ein was the biggest boss on the Bebop). The Walter E. Washington Convention Center located in Washington D.C. was not going to be ready for the unleashing of the weeb kracken. The cosplays looked amazing, ready to rock in the slightly hot and rainy weather. I knew the weekend was going to be glorious. 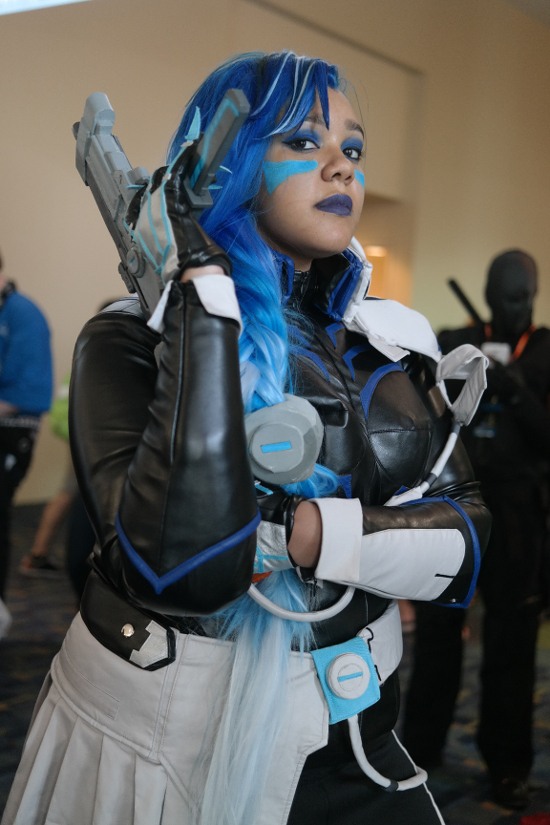 Do you like the idea of art imitating anime? Look no further than the Artist’s Alley at virtually any convention. Want some FFXV crew keychains? BAM, it’s there. Plushies of Voltron Paladins? You got it! Breathtaking prints? You’ll buy as much as you can to decorate all the bare wall space you have at home. Artist’s Alley, like the Dealer’s Room, is a MUST-SEE for every anime convention. You may not need to make your bank account weep and scream at you, but it’s always fun to gaze at the wide array of magic at each booth. And many artists are now printing a lot of their merch on notebooks, backpacks, and portable whiteboards, so you can enjoy your favorite characters on more practical items for everyday use. 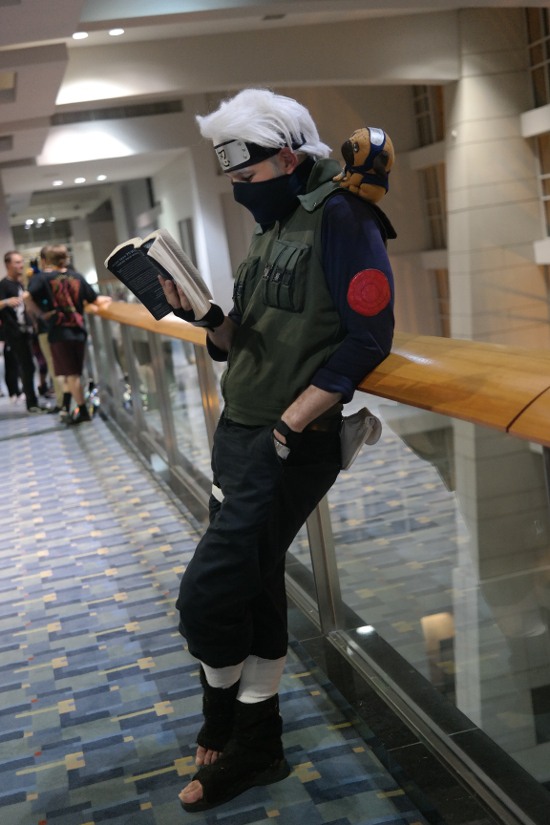 So, I attended a few panels at Otakon. Here are my highlights.

Saturday
Anime Music Video Contest — Otakon hosts this contest every year, and every year I am not disappointed. Fun videos, lively music, hilarious mash-ups. This year there was a lovely From Up on Poppy Hill video that was a beautiful homage to the Ghibli film.
Vic Mignogna Q and A — Mignogna is the English voice of Edward Elric in Fullmetal Alchemist dubs. He did a hilarious Q and A. What can I say, Edward can keep a crowd entertained. 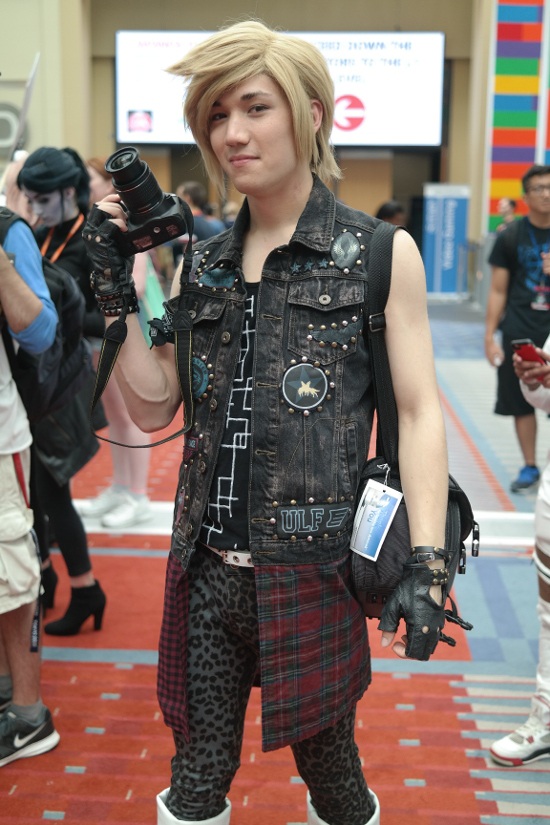 This year, I interviewed a few attendees as a way to explore more about the cosplay community. All were talented cosplayers and super nice to answer my questions. Meet some of the attendees!

Devilish Vixen
BNP: What were some pros and cons you experienced from the convention? Did it differ from other conventions you’ve attended?
Devilish Vixen: A positive for this con to me was the size of the venue, the pre-registration line moved a lot faster than past years, there were ample amount of food places to go to, and the game room was very big with a lot of different games. I also enjoyed the movies and concerts that came along with the con. Scheduled photoshoots were planned very well.
On the negative side for the con would have to be how far some of the hotels were [from the main venue], the fact that it was easier to get into the con through the Marriott than through the actual convention hall, the dance music was not very good (not a good variety of music), the map and schedule were EXTREMELY hard to read, food was expensive and not worth it inside the con, and I felt the bag check was unnecessary.
In the game room, though I enjoyed it. There was a giant section of just chairs that games could have been added at. Outside the con, there weren’t a lot of close places for photoshoots.

Sailor Leone
BNP: What do you hope to see differently next Otakon?
Sailor Leone: I would like better entrance protocol and more POC panels. I attended one and it was very hard to find. The first year at that location (Walter E. Washington Convention Center) it was very confusing.

Reika S.
BNP: What was one part of the convention that stuck out at you this year?
Reika S.: For a con this size I expect things to be big and packed. And it wasn’t. The location was almost too spacious. And it left me feeling empty. I think for future cons they should try new things. New voice actors or unique panels with more audience involvement. More involvement from local indie games and vendors. Then again a lot of this is me. Like I love cosplay and geek culture, but I am feeling more disconnected.

Mauricio Poder
BNP: What were your overall feelings from attending the convention? Taking into account the transition to a new venue, a new city, etc.?
Mauricio Poder: I have been eagerly awaiting the move into D.C. and the Walter E. Washington Convention Center since it was announced two or three years ago. Otakon was my first huge convention 14 years ago and I’ve gone almost every year since then. Baltimore and the Baltimore Convention Center will always hold a special place in my heart, but it was time for this move. Downtown D.C. seems to have the better infrastructure for a convention of Otakon’s size. The public transportation is better, there are many more hotels, quality food, and believe it or not… parking. I was able to park and leave my car somewhere that felt safe, which was not always the case in my beloved Baltimore. Otakon is a true Weeb convention to me. You know that everyone there has an intense, shared love for anime and Japanese culture. It’s notorious for long lines and a crowded dealer’s room and so on. I’m not sure if it was different this time around because of the venue being much larger, but I didn’t feel any of that this time. I was able to move around freely and even dodge the people that like to stop in the middle of a walkway to take a picture, haha. The Walter seemed to take Otakon into its warm embrace in this first year and with room to continue growing. It’s a huge building, which may be a turnoff for some, but I personally loved it. I hope that Otakon stays in D.C. for many more years. 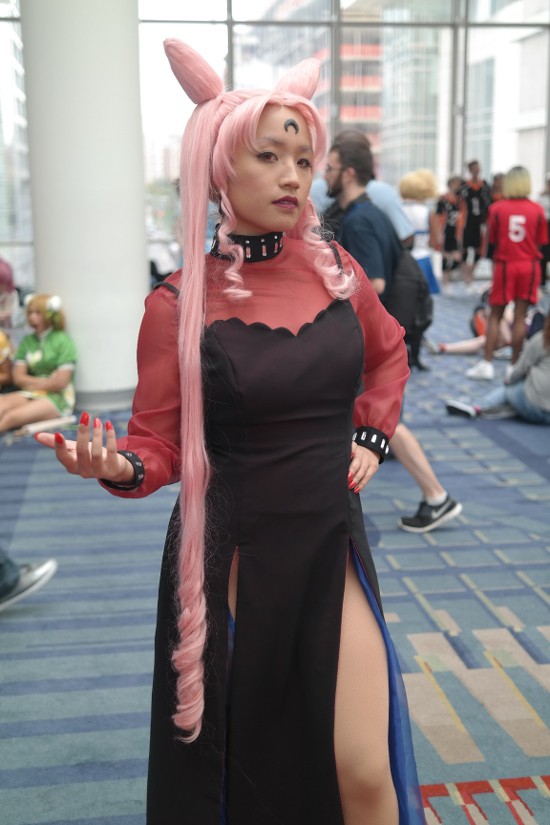 I also was able to briefly chat with some of the Otakon leadership. We had an emotional conversation where it became clear to me that the heads of the con came together for one purpose: to celebrate their love of Japanese culture and media, for all fans. They expressed happiness in their success in putting Otakon all under one roof again, and with the convention center being larger, there is more space for all of the nerds. Otakon is home to these leaders. It is home to many. I for one am glad to have been able to visit again this year. Until next time Otakon!