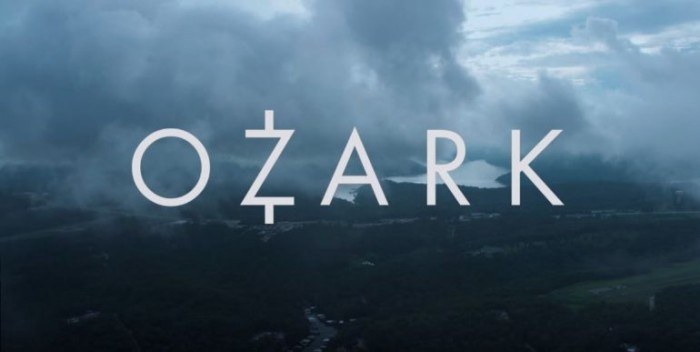 There are shows on Netflix that carry a popularity to it that you are determined to stream because you want to be part of the conversation. House of Cards. Iron Fist. Popular enough to warrant a discussion but not the critical darlings of any real consensus, many people binge through them for binging sake. Then there are shows you binge unexpectedly because you thought you would watch an episode to dip your toe into that cinematic world and surprisingly found yourself up to your waist in a public chlorine solution. Ozark was that for me, a show who’s premise and cast intrigued me enough to push play, but the story kept me captivated enough to let it jump from one episode to the next.

Admittedly, Ozark hit my radar late, maybe a week before its release. The premise is that a family man and accountant is forced to launder money for a Mexican cartel. Yes, that carries all the danger that thesis implies. After a big shake up and a whole lot of people dying, the protagonist—I guess— Marty Byrde must move his family of four from Chicago to the Ozark Mountains of Missouri in a plan to appease his criminal overseer and extend their lives. 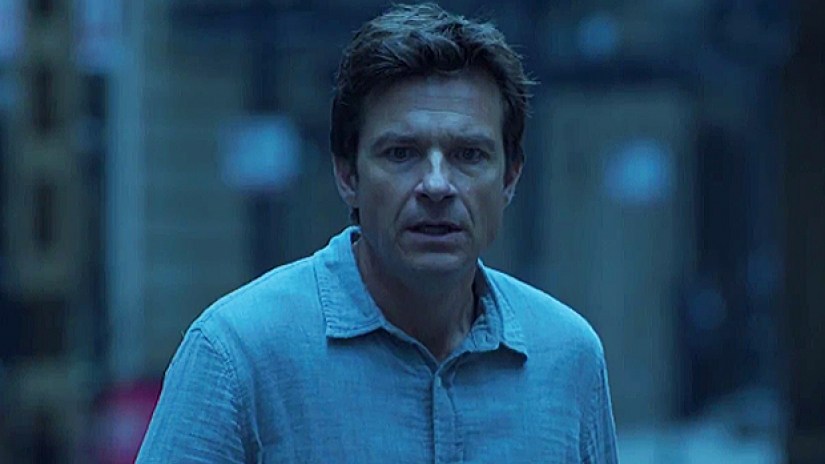 Ozark isn’t Breaking Bad but definitely, draws some inspiration and plot mechanics from it. If you’re a fan of Breaking Bad and the story, I would say imagine if the scene where Walter tried to go on the run with his family succeeding instead of them turning on him. That’s about where Ozark starts, where Byrde’s family is uprooted and ultimately complicit in the activities of the morally ambiguous genius at the helm. Not only is the narrative a somewhat future state version of Breaking Bad, but so is the protagonist of Marty, a surprisingly bold performance from usual comedic actor Jason Bateman.

Marty, like Walter, is a genius in his profession (as an accountant like Walter was with chemistry) who is drawn into the criminal enterprise for the surface level of money and ambition. The true reason (again, like Walter) that he indulges this activity, away from his very straight forward and law abiding life, is because he’s good at it. The challenge is what draws him and morality becomes a very skewed line when the indulgence of one’s ego is involved. Marty is also further down the road than Walter in regards to character arc. When we meet Marty, there is no grand journey of decaying moral fiber. Marty isn’t murdering dudes in retirement villages (yet), but he ain’t a babe in the woods either. He knows the game, all too well, to the point he has definitely had his normal sensibilities compromised.

Flanking him as a co-lead is his wife Wendy Byrde, played brilliantly by the untouchable Laura Linney. By playing the unhappy mother and wife, whose infidelity at the beginning of the series is not only a jarring start but plays a vital role in the rest of story, grouped with Wendy’s own complicity to the criminal enterprise gives Linney the most difficult and nuanced job on the show. And she pulls it off. Sadness, anger, regret, despair, charisma, and the very brief moments of triumph, the range is amazing and not something that most performers could pull off. 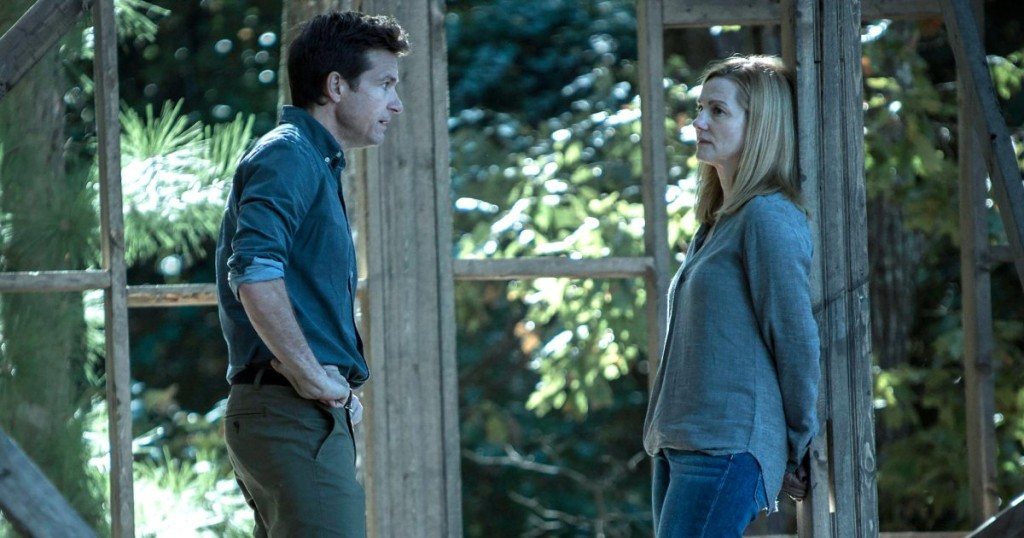 While the lead acting is pretty damn good, it is a bit top heavy. Harris Yulin plays Buddy, a strange and obtuse character that shares a residence with the Byrde’s in their new home. The cast leans on a lot of younger performers which is always a hit or miss proposition. The Byrde kids depictions are pretty ho hum with stereotypical builds (the young brilliant, but enigmatic and isolated son. The rebellious and teenage girl that will absolutely put everyone’s life in danger at her demand to know ‘what’s going on?’). The one exception would be Julia Garner who plays Ruth Langmore, the genius level twenty something criminal architect that was doing some illegal shit well before the Byrdes show up. After some brief roles on shows like The Americans and The Get Down, Garner shines brightly in this role, showing the cold calculation and intellectual superiority from a young woman that was born into poverty and criminality. It’s a refreshing character archetype and Garner seems to have found a lasting role befitting her talents, provided the show gets subsequent seasons (which it is set up quite well to do).

Though I did devour ten hours of this how in just a couple of days, I did find some gripes about it that keeps it from being a masterstroke. As the beginning of this review indicates, it does lean heavily on an established plot, seemingly every man becomes a criminal and puts his family at risk. It does contain its all nuances of course, but there’s a reason it evokes such a strong resemblance to one of the best TV shows ever made without quite being the caliber of that show. The story traffics in tension and is almost ever present, but wanes some in the middle episodes. The show spends a lot of time introducing another big bad that is local to Ozark that just isn’t as interesting as the wayward Lang mores, the FBI agents or even the Cartel. They essentially feel like a family from Justified, which would be fine if Justified didn’t do that so well for seven seasons of television already. 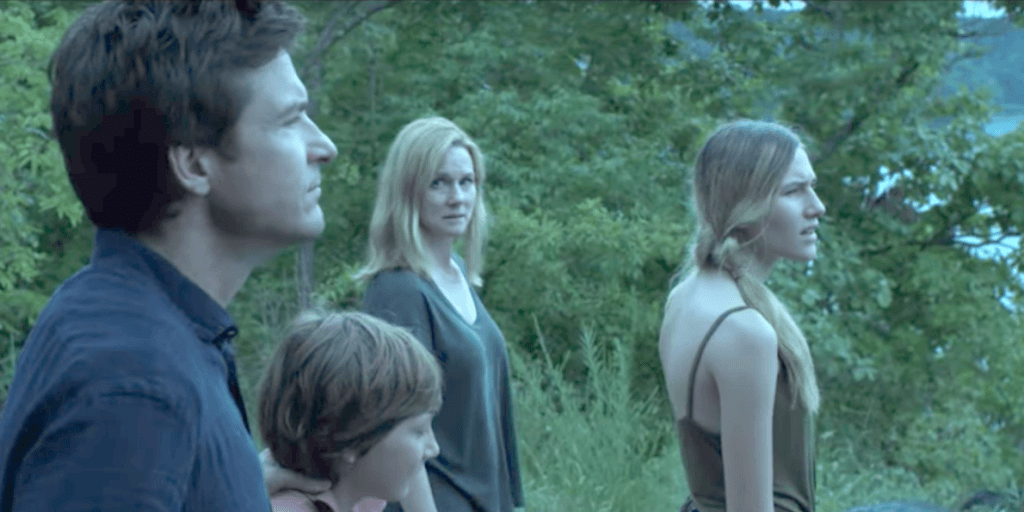 Essentially, it makes the show feel a bit long, and that much could’ve been done just as effectively in eight episodes instead of ten. One of those episodes, however, is a flashback episode showing the origins of what set everything in motion. That episode is handled very well and does add context, but also exposes a weaker narrative logic: namely, the reason that everything went bad in the first place. This story works better when the “green” criminals don’t fully understand the gravity of their situation. The flashback episode negates that, so it makes me wonder how things came off the rails. Greed, I guess, which is always a too convenient answer.

Even with those gripes, this definitely falls into “above the cutline” family of Netflix Original shows. It knows what it does best, with tension, smart dialogue and writing development, the aspect of writing themselves into corners and then finding a way out. Putting that together with some strong lead performances and a good sense of environment and atmosphere that permeates the story, Ozark is a very good show that uses the modern tools of TV making to great effect. Even if you’ve seen most of it before.