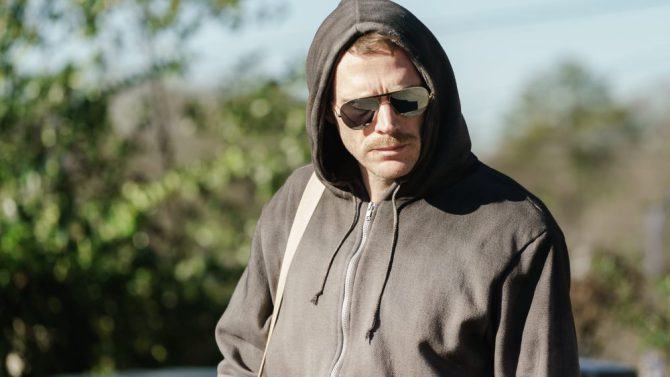 I heard about this series being announced and saw that Greg Yaitanes would be directing it. Greg’s work on Banshee and Quarry was basically nuff said for me. From jump, the series doesn’t disappoint. It’s crazy to realize that this isn’t a story built up in fiction. This series is based on the real events that transpired. The show also serves as a history lesson for those that were young enough to vaguely recall Ted Kaczynski’s terrorism (through mail bombs) and capture (such as myself) or perhaps those that weren’t even born yet. I thought this all occurred in the early 90’s but these bombings span back to the late 70’s.

What’s captivating about this telling of how the FBI caught the Unabomber is the mechanics behind the tactic of Forensic Linguistics, which serves as the approach for the series to be centered around. We’re introduced to FBI Profiler Jim ‘Fitz’ Fitzgerald (Sam Worthington) enrollment onto the case for profiling the Unabomber and his capture. As the new guy, Fitz is expected to go with the profile that the FBI has been using for years which isn’t much but two sentences that Fitz knows isn’t applicable to the person they’re after who they’ve named the Unabomber. 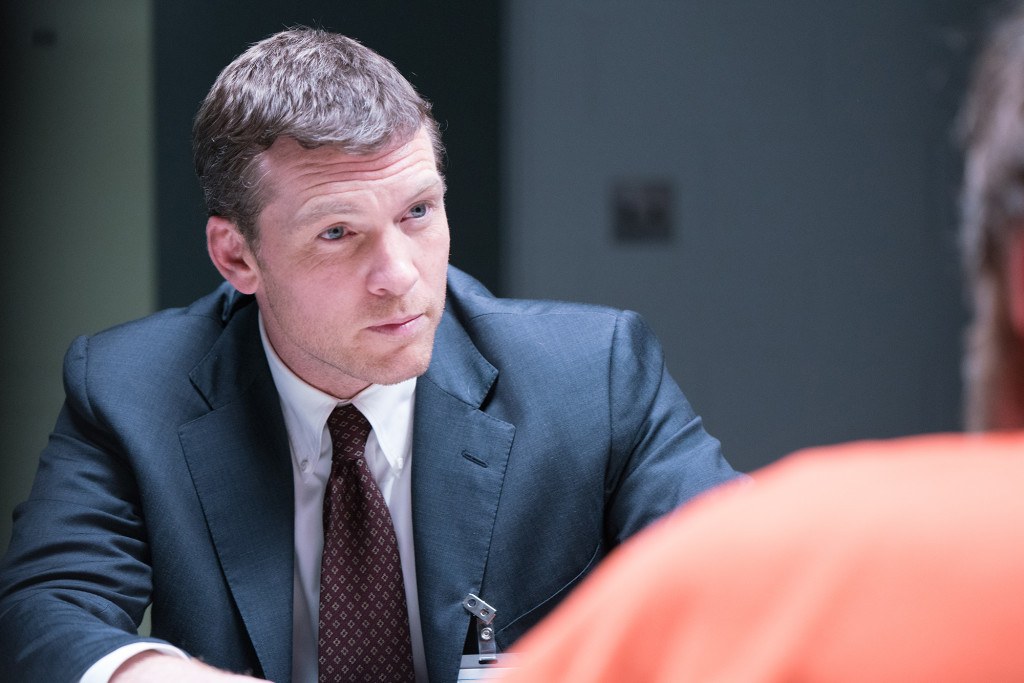 The Unabomber name itself was part amalgam and part acronym based on the prior profile they had for him. It’s these little intricacies that make this series stand out. I found myself sayin’, “oooooh” aloud watching all these events unfold as we the audience get more insight into the case, while simultaneously seeing Fitz working/fighting against the bureaucracy structure to have the top brass take his approach seriously as he starts to take apart the letters the Ted Kaczynski (Paul Bettany) had written and built a profile off of them, which has never before been done.

Bruh, them linguistics doe? This shit is my shit, it’s like watching some real life Sherlock shit. Remember in the RDJ Sherlock movie universe when he’d slow down time and break shit down? It was like that but with words. Using them to determine aspects of one’s character and their background. It’s like knowing how someone saying “son”, is likely to be from the New York or tri-state area, “fam” would be a more mid-west slang, and “cuz” of course being predominately used by those from the west coast/bay area. I’m putting the approach in laymen terms, obviously but the pattern of speech becomes a big easter egg in cracking this case during these episodes.

We then get to see other elements that helped build the profile for the Unabomber as Fitz meets a technician in the labs that was been able to recreate models of Kaczynski’s bombs, which had me again had me like, “oh shit. They could do that back then that early in the 90’s? I said bast damn.” 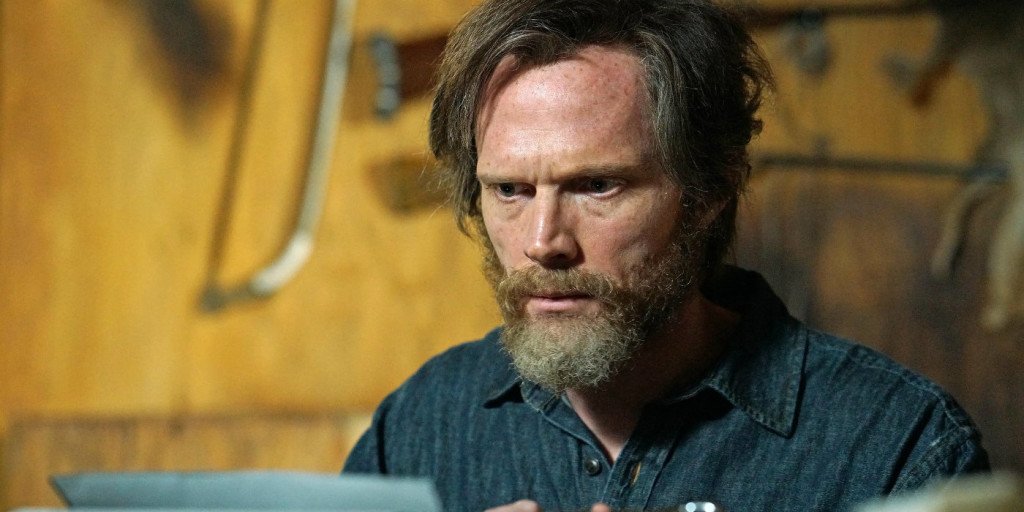 Now let me shout out the way that Paul Bettany (Yeah, Vision is up in this too) portrays Kaczynski is very compelling and engaging, especially when compared with Fitz’s character portrayal. You know how they’ll say it takes a monster to catch one? That gets toyed around in this series a lot but not in the way the viewer would expect. There’s a lot of focus on the Manifesto Kaczynski wrote up and how that plays into his perspective on society. We also get to–

I’m sorry but I gotta break semi-professional review demeanor and just say, why these cats always gotta drop a manifesto after wylin’ out? Like what is that shit about? What part of the Saturday morning cartoon villain game is that? Son, don’t nobody wanna read your fucking mixtape when you’re killing people dude. Dub that shit on a Maxwell tape (since there’s no sound cloud in the 90’s yet) and hand it out on the streets like everybody else. The fuck man. There’re better ways than taking lives to get your point across man. The fuck is this the crusades? If you gotta kill folks to get your point across, I’m not sure that’s the best marketing campaign for the message you trying to convey 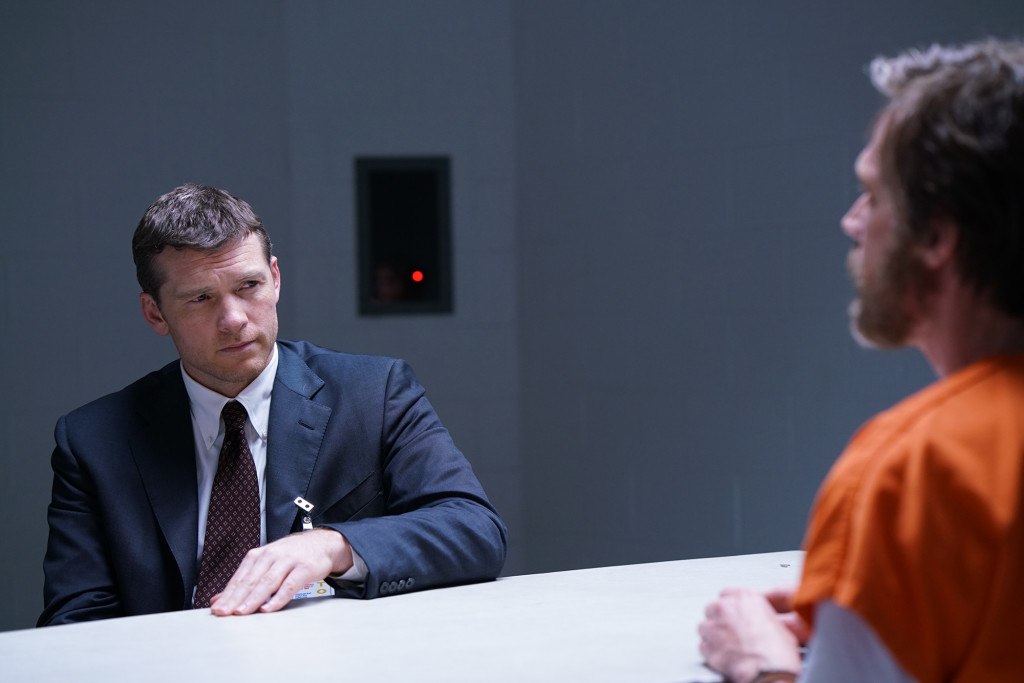 …Yeah, so as I was saying, we also get to see Jane Lynch in a spot on Janet Reno role. It’s incredible seeing just how high up the chain this case went especially when we see a glimpse of all the other easter eggs of 90s events on top Reno’s desk? That that good ass Greg Yaitanes directing shit I’m talking about right there. This show had me entirely invested and binging through the entire series. Fitz isn’t your squeaky clean character either, he does some dick shit for this case (and to be fair also does some shit that is perfectly sound for someone trying to catch a fucking murderer but others give him shit) which makes the story more compelling as well as his character and shows how his outsider tendencies correlate with Kaczynski. The series gets very intricate looking into both Fitz and Kaczynski as characters and their perspectives on society. It evident how thought and detailed this entire show is.

Aye, I’m fucking with Manhunt yall. I don’t know if this will continue to be a series focusing on different criminals and fugitives then we’re looking at the Discovery Channel going Narcos with their shit. The show debuts August 1st, 2017 on Discovery Channel. The show a wild ride to see how the case of the Unabomber starts, develops and ends. Plus, this is a vivid look at history, the unraveling the criminal mind through profiling, and just how hard it is to break people away from the “if it ain’t broke, don’t fix it” mentality.