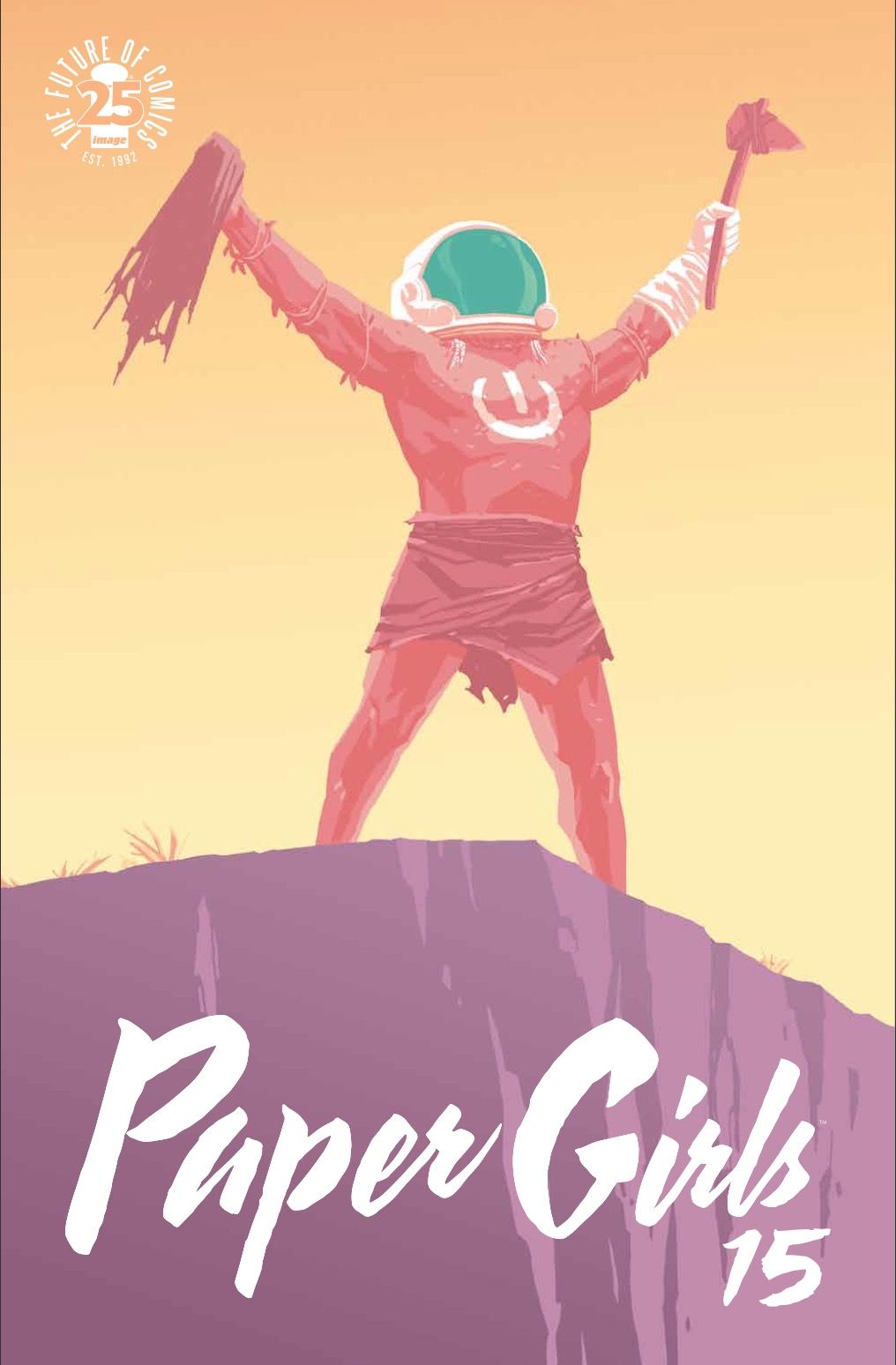 Another KJ-focused issue highlights the character who we largely went without in the entire previous arc, and she has quickly become a fan favorite. Her maturity, decision-making, and leadership make her stand out from the other girls as the plot currently navigates with her in the driver’s seat. She’s the one saving lives and making tough decisions — impulsive ones by necessity, with little time to talk — while Mac, Tiffany, and Erin are along for the ride, sometimes adding their two cents after the fact. Mac, for one, isn’t impressed. 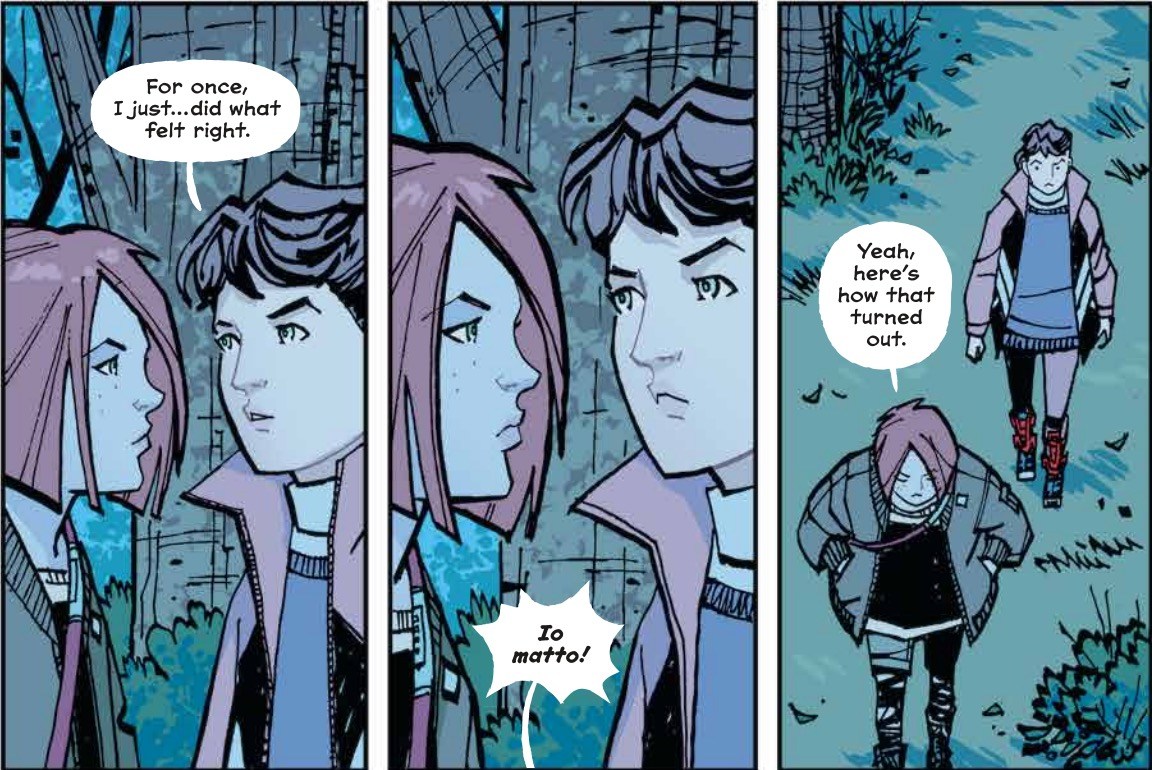 For now, survival is still the name of the game as this arc has the girls in the unknown wilderness with two new friends on their side against three men who are out to kill them. We still don’t understand why — well still don’t understand a lot, naturally — but we do have a sense of who we can trust, which is a step in the right direction given the previous arc with evil-Erin and the ever-present suspicion that any new person can be out to kill them for some reason. Two things we learn in this issue though: one, that visions seem to indeed be reliable prophesy, and two, we’ll continue to time jump regularly as we try to piece this whole puzzle together. We have a pretty full cast by now, so mixed with the muddy story plot this series is on the brink of what it can handle before becoming frustrated, but it has yet to cross that line. 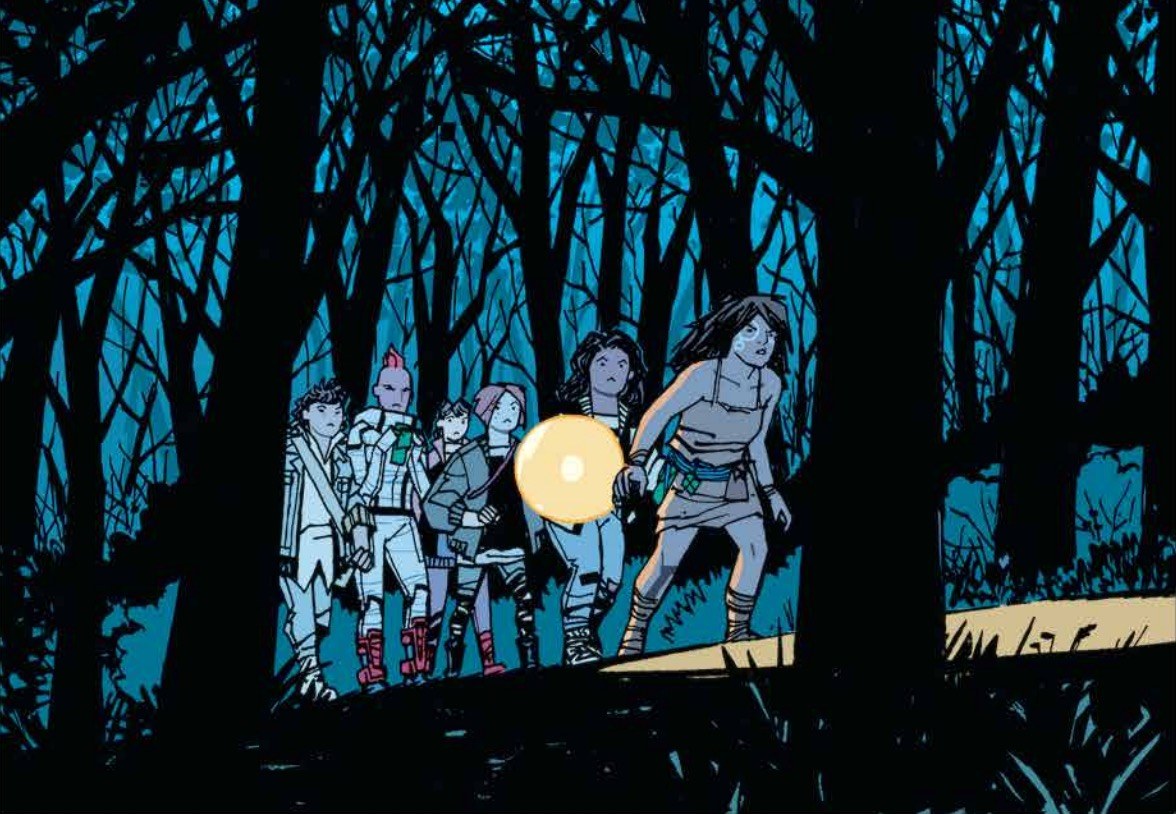 Overall, Paper Girls #15 continues KJ’s turn at stardom, and is perhaps the baton pass to another one of the girls who ends up in an interesting situation by the issue’s end. The pacing is great, walking the line between telling us very little in any explicit terms, but offering enough to keep us guessing and invested. If you’ve been on Paper Girls for some time now you expect unpredictable craziness without much question — you’re comfortable with the discomfort of not knowing. It isn’t the most friendly series for newcomers, so if you’re late to the party — first, where have you been? — but second, start from the beginning. This comic is worth every minute of your time, because there’s no other story quite like this one.