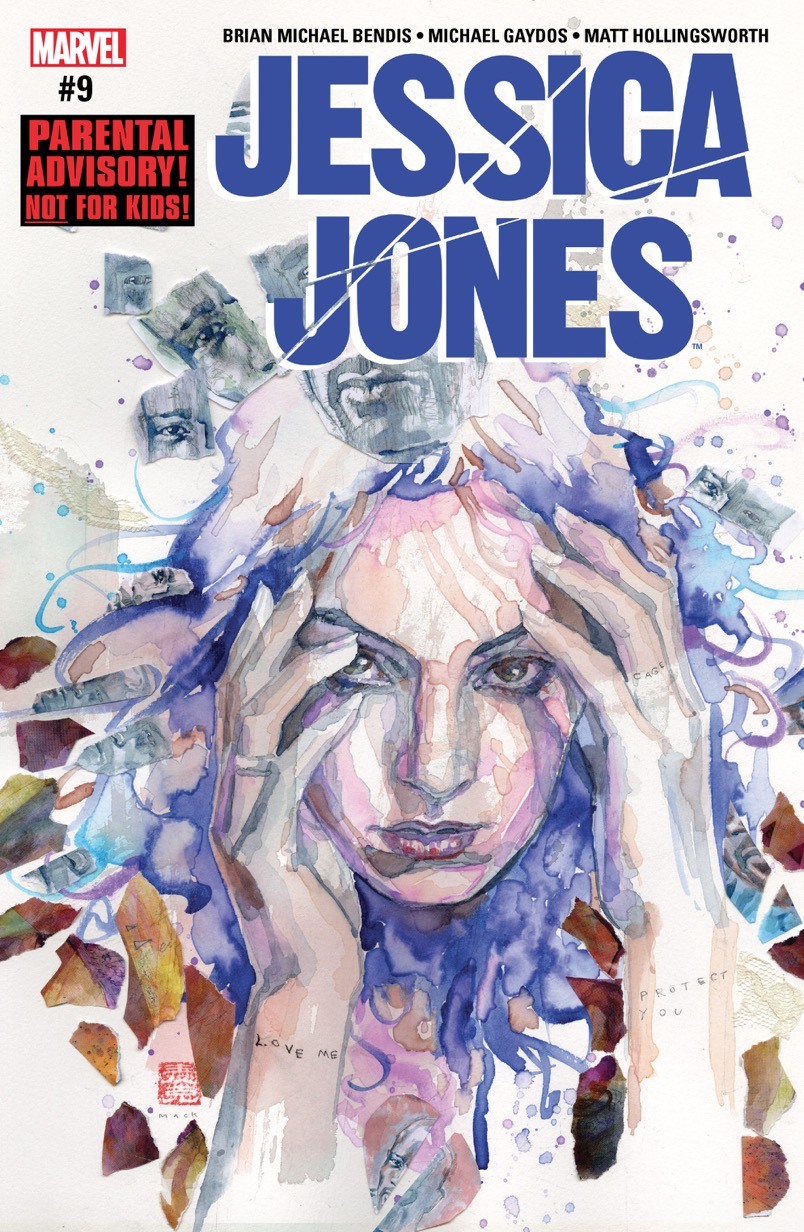 In the words of Al Pacino, “Just when I thought I was out, they pull me back in.” Such is my relationship with Jessica Jones from the end of the first arc through now, where a slow-burn plot with low stakes and heavy dialogue manages to keep me engaged, even if it’s on-again, off-again. This time it’s “on,” and as in the past with this series, it’s more due to the heavy dialogue than the slow-burn plot. The plots have been negligible at best; at worst, a promising build with disappointing payoff. The dialogue and artwork though – they create scenes that are engaging, often charming, that keep you invested where the plot fails. All the way down to Jess taking a shit. 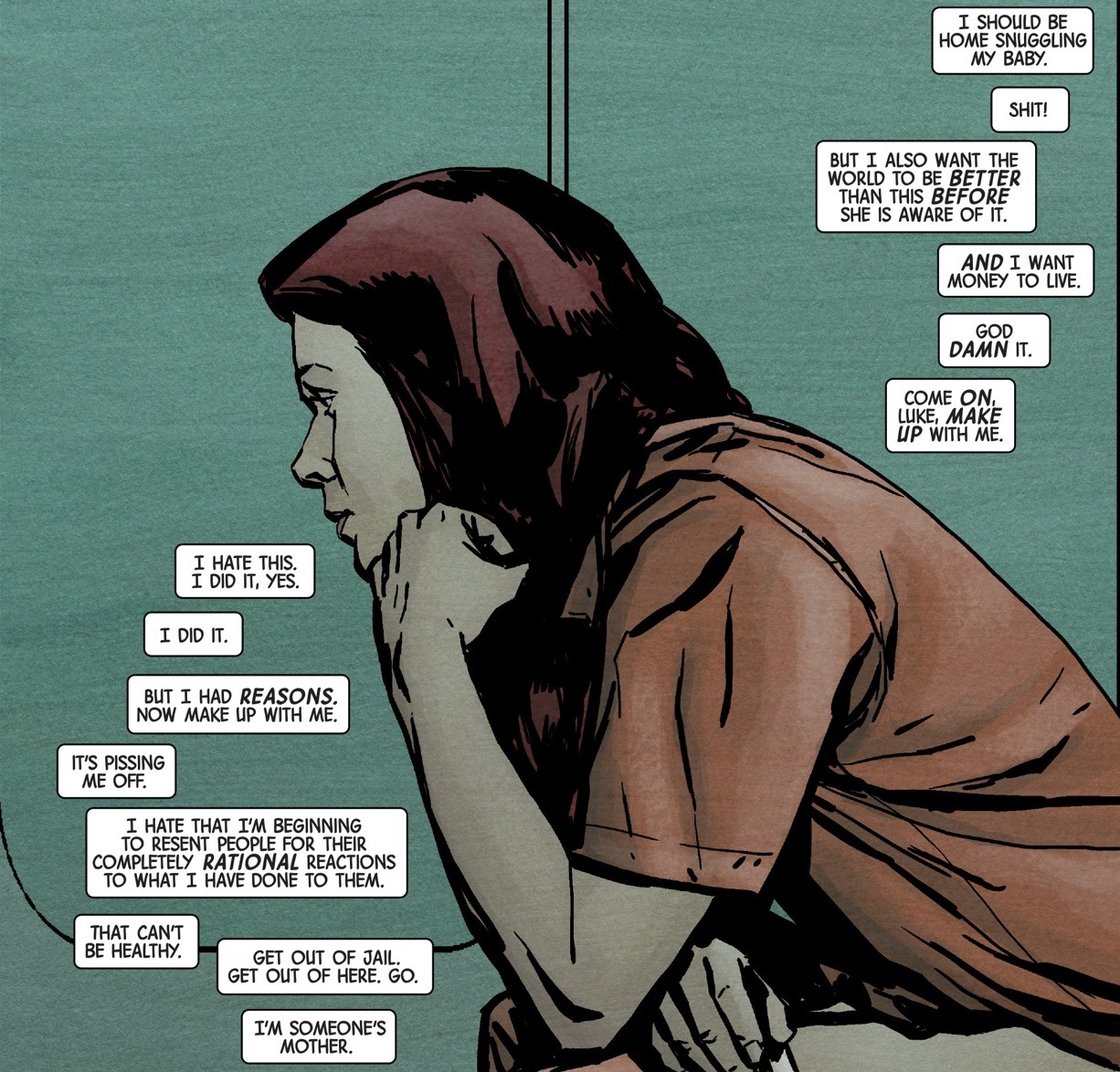 This issue refocuses on Jessica’s relationship with Luke Cage, who is understandably angry at her after kidnapping their daughter during her last fiasco, which was a good-hearted attempt at heroism. The artwork does especially well in their reunion. Although Luke’s forgiveness seemingly comes from nowhere, a slow shower scene makes for genuine emotion, and their reconciliation comes in a conversation in bed with their sleeping child between them as a familiar conversation to anyone who’s ever reconciled and needed to catch up on all the life details that had been missed during the bad times. 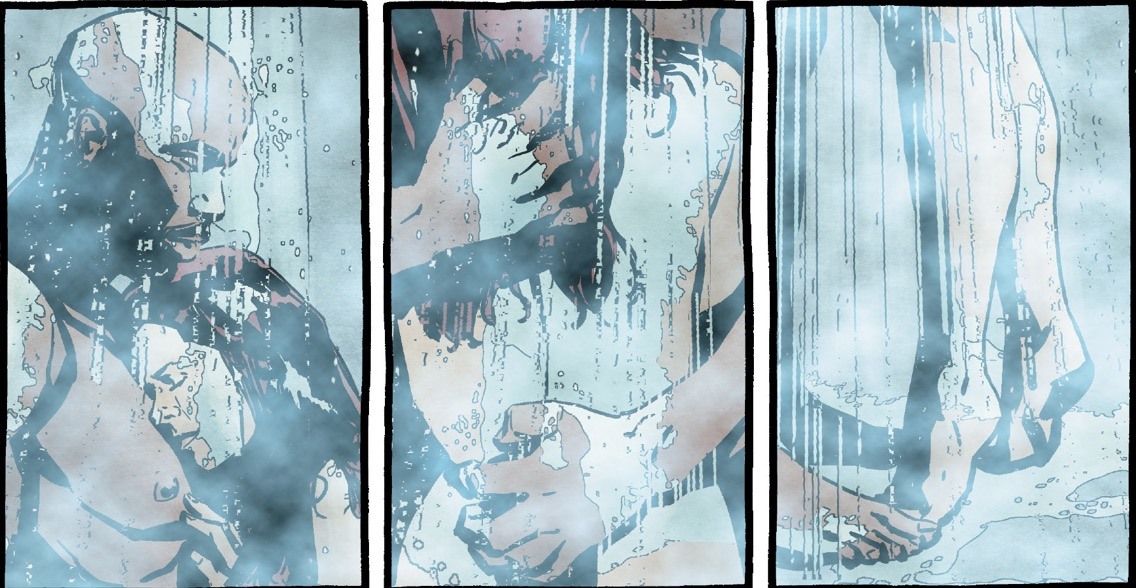 As for Maria Hill and S.H.I.E.L.D., well, we will see where this goes. But for now – as for most of the past many issues – we keep reading for the character more than the plot. Her hero’s journey is a unique kind, and it doesn’t come from her defeating bad guys or saving lives, but learning to live a healthy life, nondestructive, with some semblance of stability.