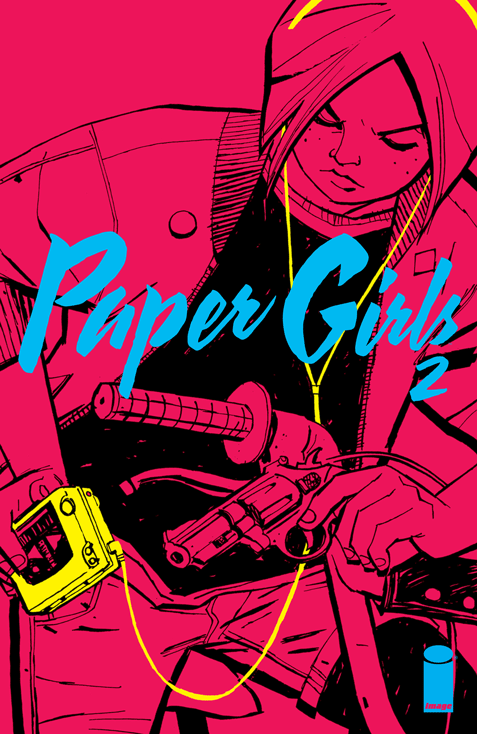 Comic books are a racket. This whole industry has a faulty setup. 20-something pages and then I have to wait another month? Organized spoon-feeding of entertainment, that’s what this whole system is. And whenever I feel like this I know one thing for certain: I’m reading a book I really enjoy. Enter Paper Girls, a young-teen comic version of War of the Worlds about four girls, their paper route, and their provincial Ohio world changing one fateful morning. 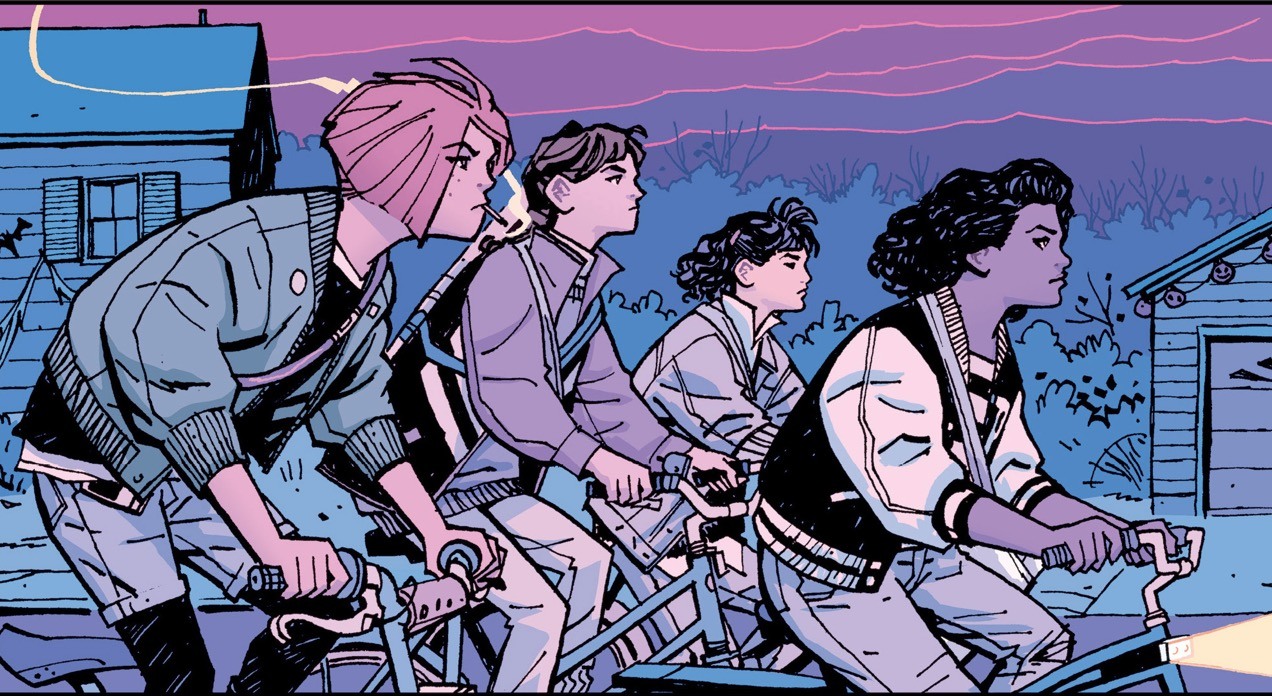 Issue #2 picks up from where something just happened – something unexplainable, but undoubtedly having to do with the alien device they found in an abandoned house and the deformed ninjas they just fought – as the girls seek refuge to regroup and figure out what might be going on. When they make it to Mac’s house however, they face a different trauma that one of our girls has been dealing with for years in the form of an alcoholic stepmother.

The brilliance of this issue comes from keeping 3 balls in the air like a skilled juggler. First, readers are given insight into Mac’s backstory, showing us some evidence of what our rough leader has to been dealing with at home. Second, it builds the suspense and mystery around what might be going on, as Alice and the girls try to recap what they understand about everything happening. And third, it suggests a theme alluded to back in the opening pages of issue #1, which is altogether different than the obvious “aliens” answer readers see on the surface. A drunken Alice is obviously suggesting a religious explanation reminiscent of Erin’s dream with the devil – they’re in the midst of the rapture.

Paper Girls is a well-paced page-turner that definitely has readers hooked. In a book with young characters but rather adult language and themes, it’s hard to tell how dark this mystery might get. Vaughan’s never been one to shy away from violence, but if anything demands an exception it’s four 12-year old girls, right? …Right? One thing’s for sure though: I need more than 24 pages at a time.