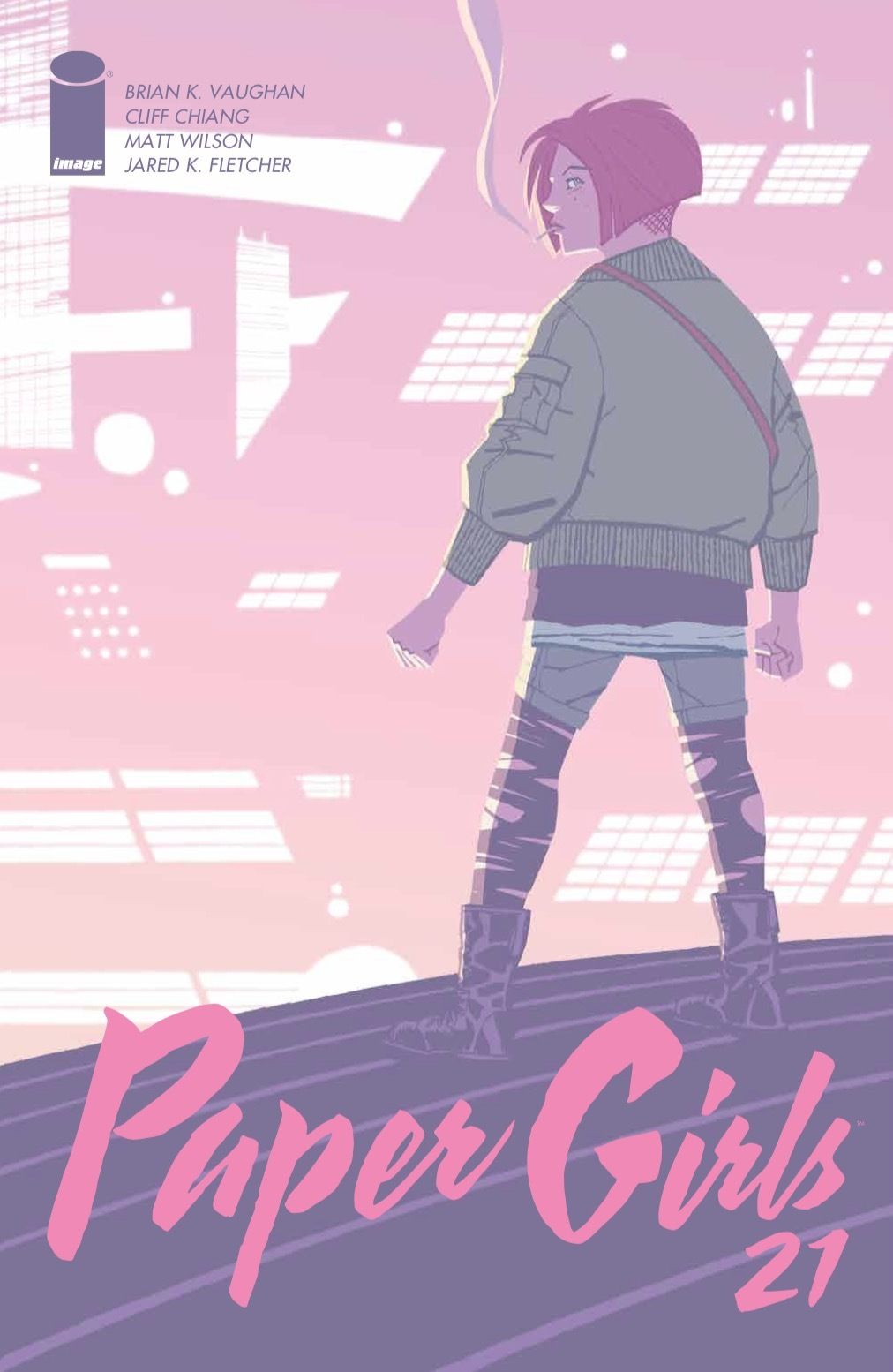 By now you’d think we’d be exhausted by how little we understand of Paper Girls, but this comic stays great by its ability to tell short stories. While the bigger picture is messier than a Jackson Pollock painting there’s always a sense of urgency, a short game that matters more. It’s a hard gambit to play in a story — stringing readers along — mostly because it risks reader frustration and fatigue. Paper Girls‘ accomplishment though is that the payoff would be more of a bonus than an actual goal. Much of its joy — aside from its witty dialogue and the strength of its characters — is that Paper Girls is a playground of imagination. 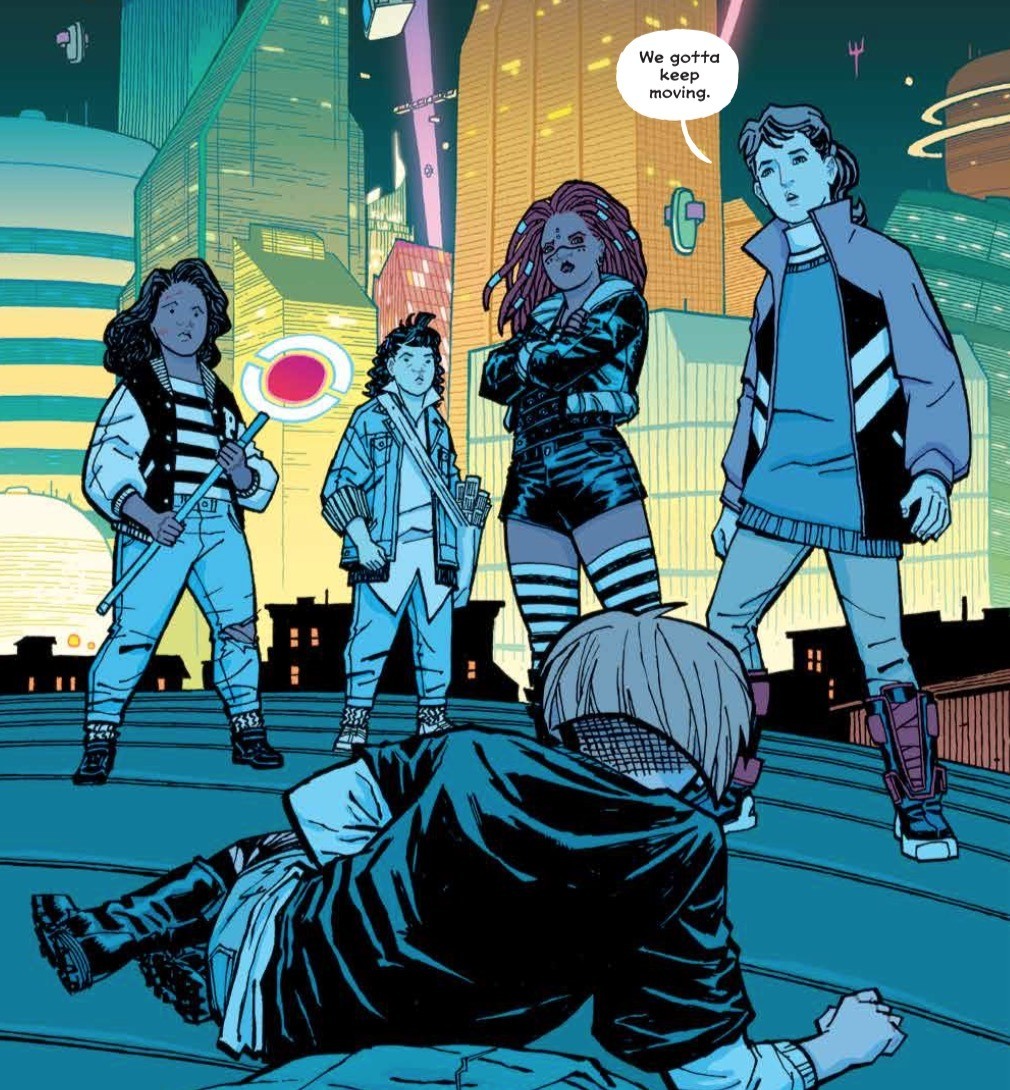 In issue #21, from its opening dream sequence to its imaginings of where the girls find themselves in the future over 200 years from now, Vaughn and Chiang come up with elaborately creative visualizations and ideas of the future. It’s so much fun regardless of what’s going on; there’s always a plot in front of your nose that keeps you engaged while you piece together the bigger picture of who, what, when, why, and how the hell is this all happening. Depictions of the past is a fairly restricted sandbox, but the future? We’re in a land where they can go all out, and this arc is bound to be the most imaginative yet.

The girls are all reunited, plus the addition of future-Tiff, and they’re closer than they’ve ever been to the answers they — and readers — have been searching for. I don’t expect them to come as easy, so look for a bad-luck curveball to keep some secrets safe, but we’re going to take another big leap forward in the plot come issue #22. Overall, Paper Girls continues to be the fastest read I cover. There’s no other comic that pulls me to the last page so fast that it feels like I just started. It’s suspenseful, smart, and wildly creative. Now more than ever, emphasis on ‘wildly creative.’