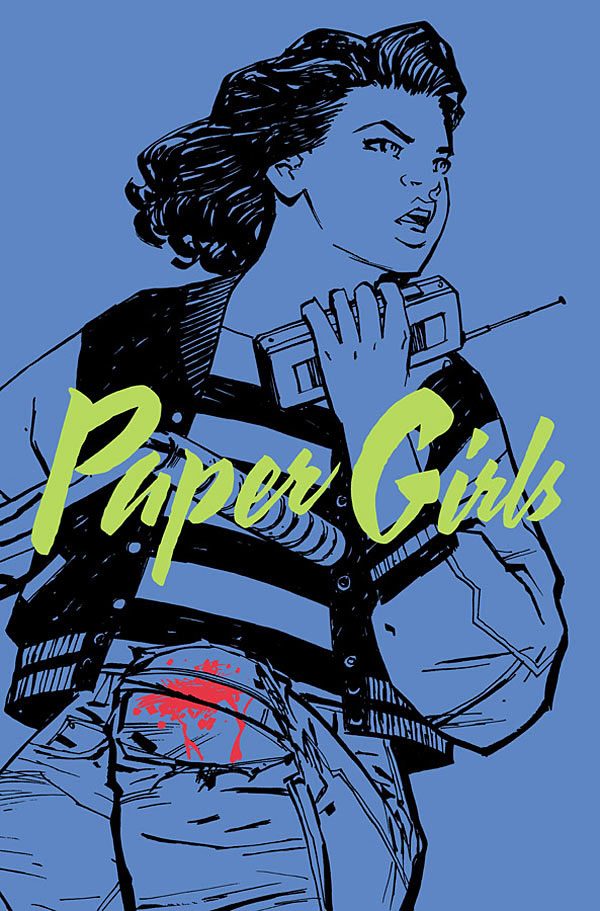 In a genre that was never very inviting of women readers, teenage girl characters are killing the game. Think about that for a second – from Batgirl and Gotham Academy to creator-owned comics like Plutona and Paper Girls, we’re watching the comic industry’s reactiveness to their now female-majority audience, and it’s amazing to see. “Pandering to social justice warriors” is really turning out great. Who knew? There are some really awesome, unique female-led titles; minus many of the archetypes we’re otherwise accustomed to… and they’re selling. It’s a great time to be a nerd, folks.

And here comes Paper Girls, written by arguably the best comic book writer alive, offering exactly that: a wildly interesting girl-led title that has a higher level of character depth and creativity than most hero comics on the shelf.

Typically by issue #3 of a series readers have a fair grasp of what to expect, but when you’re still lost in the woods yet want to keep reading? That’s when you know you have a great book in your hands. Vaughan and Chang are doing an excellent job so far leading along this very, very strange journey, and we trust them not because their reputations for great work (okay, that probably has something to do with it), but because it’s crazy entertaining in the short-term while it hooks us for the bigger mystery. And it’s pretty necessary their characters be thoughtful, dialog witty, and action surprises often, because really, nobody knows what the hell’s going on in the major story arc.

All we know is what the girls know, which includes an alcoholic stepmother, some pterodactyls, a few alien ninjas, and – I swear I’m sober but this reads like overheard conversations on the 1 train late at night. We’re in a mega world crisis, but we’re just jumping from one mini crisis to the next, trying to survive.

Reading Paper Girls? Follow along with other reviews of the series here.