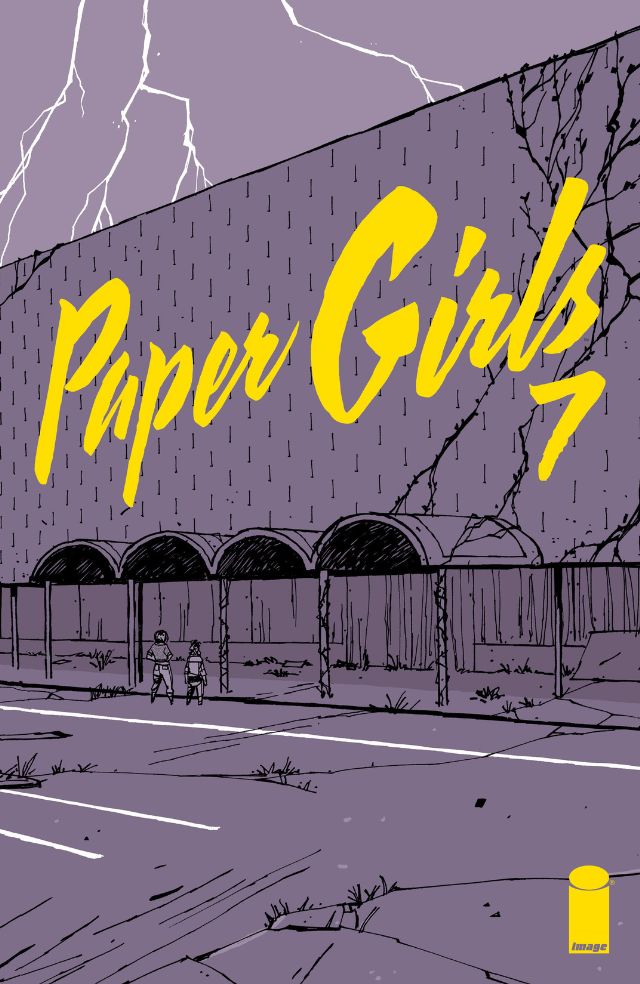 Welp, back to your regularly scheduled love for Brian K. Vaughan. Just when you began to worry this comic might be turning off the rails a little, issue #7 yanks you back in with slight plot movement hidden behind some heart wrenching character development. If you haven’t started yet, read this comic; Paper Girls is an emotional sci-fi powerhouse, and Lord, it speaks to the soul of who you were as a child and who you became as an adult. 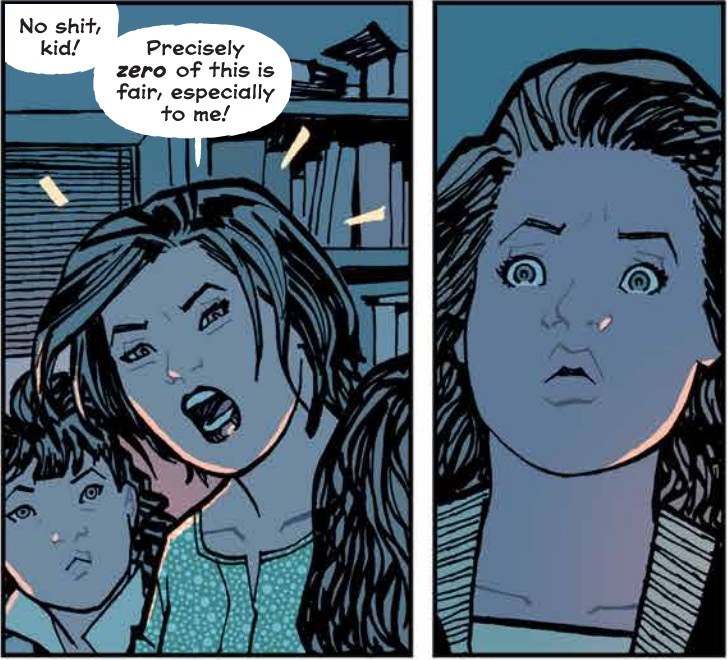 My favorite quotes are those that juxtapose the mind of a child against the reality of an adult, those that capture the wonder of a child and its value as you grow up. “Every child is an artist, the problem is staying an artist when you grow up,” “The creative adult is the child who survived,” anything that reminds us of what we imagined as a child that our future would be, and the struggle to stay true to it, as much as you can, as you grow into an adult. That’s what Paper Girls #7 is about as we see Erin spend time with her future self, and we’re privy to a conversation between child and adult, like when you wrote a letter to your future self when you were 13, only if your future self could write back.

How would that conversation go if it were you? Would you be scared to meet the future you, or excited? Paper Girls does well spanning the emotions from initial shock and shallowness to deeper unpacking and exploration of who Erin is in the present, and how much of that person she always was. It’s an emotional rollercoaster within a single issue and leads to a place of understanding and acceptance. For adult Erin or kid Erin, I think that’s for individual readers to decide.

And there’s a giant tardigrade. Not kidding, a giant fucking tardigrade, the toughest animal on earth – no, no, shut up, fuck you and your honey badger. I don’t have anything thoughtful or nuanced to say about that, it’s a giant tardigrade, and that’s just awesome. Paper Girls can go the rest of the series without explaining it and I’d be alright with that.

Cliff Chiang’s artwork continues to impress by capturing so much emotion in this issue. Towards the end, a sequence of 3 panels will punch you in the heart and tell you all you need to know about how well this team works together. Bottom line, you should be checked into this one. We knew it before, and then we doubted, and now we’re back on the bandwagon like hopeful Golden State fans. Can’t wait to see what comes next.