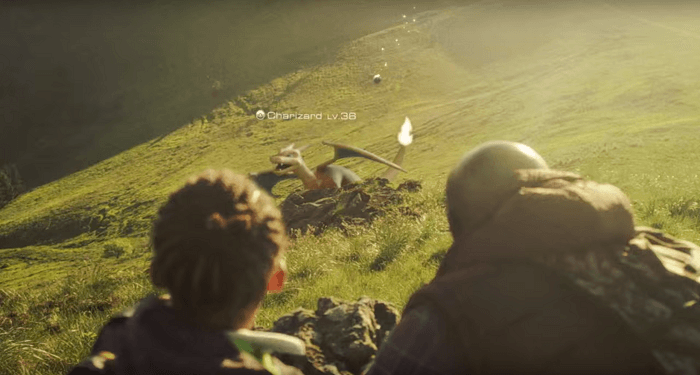 As you might expect, it begins with a selection of starters: today, do you choose fuming rage, crushing grief, or helpless fear? Perhaps you feel all three. Or none. Being Black in America is not just some game that anyone can control, after all.

As a Black Nerd it’s impossible to ignore that in the same week that we gained Pokemon Go, arguably one of the most anticipated games of the year, we lost Alton Sterling and Philando Castile to police brutality (who in reality are part of an even longer list of murders by the police this week alone). Once again the debates flare up between distraction and self care, between what people “should” be talking about or feeling at any given moment. But if Pokemon taught me anything, it’s that there is always another option than the “starters” you’re given, and sometimes this, too, is its own revolutionary act. I’m talking about allowing ourselves to sometimes choose Black joy. No, the Blackest Joy.

When I stepped into the office the morning after downloading Pokemon Go, I was lucky in more than just the fact of living. I work for a hip-hop non-profit, so my office is already pretty Black; in the same space people debate which rapper is currently running the game we also pulled out old vinyls to mourn Prince or debate about what it means for characters of color to be written by white men. You don’t hear passive aggressive “All Lives Matter” quotes traded between cubicles and no one makes remarks about our hair unless we’re roasting each other. The previous day my coworkers and I had eagerly talked about our anticipation of the game, so we immediately greeted each other with grins and excited gloating about our respective squads. Maybe for a moment we weren’t thinking about Black Lives with invisible expiration dates, but to say we could ever be too distracted we’d forget would betray the Blackness of that joy.

[quote_right]Maybe for a moment we weren’t thinking about Black Lives with invisible expiration dates, but to say we could ever be too distracted we’d forget would betray the Blackness of that joy.[/quote_right]Look, I don’t imagine waking up and catching an Eevee in your bedroom counts as taking a stand against white cisheteropatriarchy and the police state. But what I do know is this: when my friend texted me the night before with a simple “it’s out!” I understood at that moment he was safe and alive and even happy. I felt the same for the friend who told me he was going out for a late walk with an incense burning. I know that I took more pictures of Black men I care about in the past 24 hours than perhaps all year. I have the privilege of having caught them in the moment of being their most natural of selves just because there happened to be Pokemon next to them and the silliness gave me a kind of permission.

I know I took a long walk with a friend around the block I wouldn’t have asked for before, then caught a Pinsir on Malcolm X Avenue, named him John Henry (Irons), and that felt right. In fact, I’ve mostly enjoyed bragging about my team because when I call them by name I get to explain how I started naming them for Black characters with superpowers: 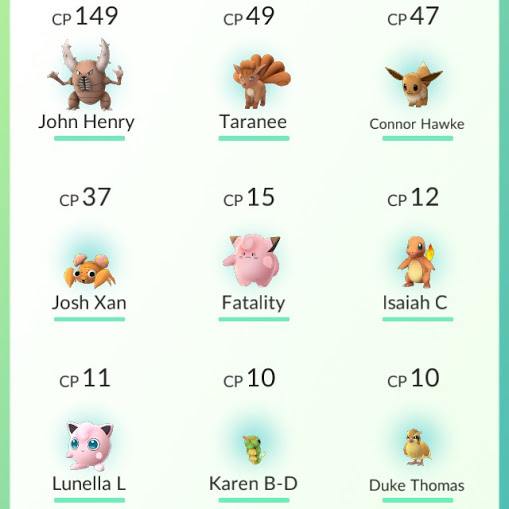 I know I got to plot about which team my friends and I would join, together. A solidarity for once without sorrow. I know I chose to make my avatar’s skin and hair as dark as possible. I know part of the reason I chose team Instinct is because our instincts are what keeps us alive sometimes, and that someday I want to have an electric team led by Virgil Hawkins called Miley, What’s Good? I know my first gym I snatched from a white boy I met on the street who was nice enough but couldn’t be more wrong if he thought I was gonna sit back for gentrification, even digitally. I know if I catch enough Pokemon I might start naming duplicates for hip-hop artists, or maybe other Black revolutionaries, just so when people meet Harriet Tubman, Assata Shakur, and Marsha P. Johnson for the first time they have to catch a whole history’s worth of hands. 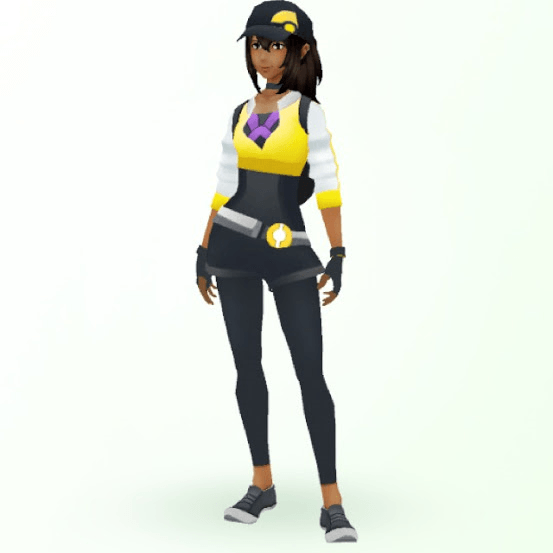 Looking for Pokemon can’t reveal where the dead have gone. Defeating a gym changes nothing but the colors on my phone. So tomorrow, yes, I may find myself in a space for rage or grief or fear. I might not have a choice. But today, today I choose the Blackest joy I can muster while I am still here to do it. Because that matters, too.