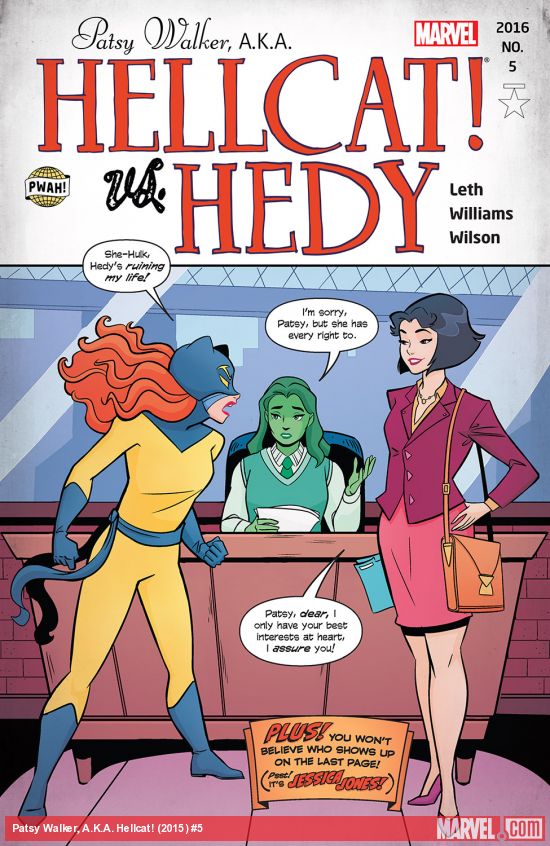 If you read this series expecting the Patsy Walker from the Netflix Jessica Jones series, you are in for a surprise. We don’t get the Netflix Patsy in this series, but what we are getting is a character whose optimism makes up a majority of her personality and captivates the reader. This series hasn’t delved too deeply into more serious side of Patsy just yet, but that’s perfectly fine. We know she has had issues with her mother and former best friend and that’s coming in the next arc.

Leth has us getting familiar with Patsy as both a hero and a person. If you haven’t figured that part out, she’s spectacular as both. This issue we see her beef with Casiolena coming to a head. The focus isn’t just on the fight happening with Casiolena, Hellcat, and Valkyrie, but her relationship with Jen Walters (She-Hulk) as well. Whereas it would seem that Patsy is flakey and being unreliable, Jen is there to defend her and give her the benefit of the doubt.

Leth sets up the battle between Hellcat and Casiolena with tremendous amounts of humor and we see more of Casiolena’s backstory as well. She may just be the pettiest person in Marvel. I’m actually surprised she isn’t the Asgardian god of petty with her deep disdain for enchantress. Brittney Williams destroys the art yet again on some DJ Khaled, “Another One” type shit. Williams is great in making all these new super-powered characters we’re seeing as her own. 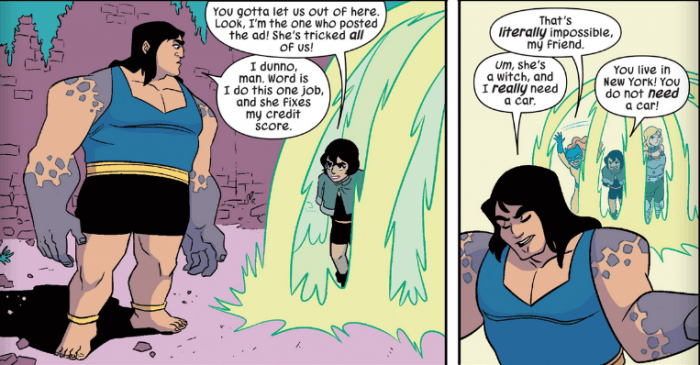 I love the way she draws She-Hulk. Where we see her take more comical liberties with Patsy and the emotion she displays, Williams’ rendering of She-Hulk has been this consistent portrayal of confidence and “I done seen it all” experience. This makes those humorous moments with Jen stand out even more.

It appears we’re putting a nail in the first arc and then moving onto a new one that finally has Patsy having to deal with her past while getting her special project off the ground as well.