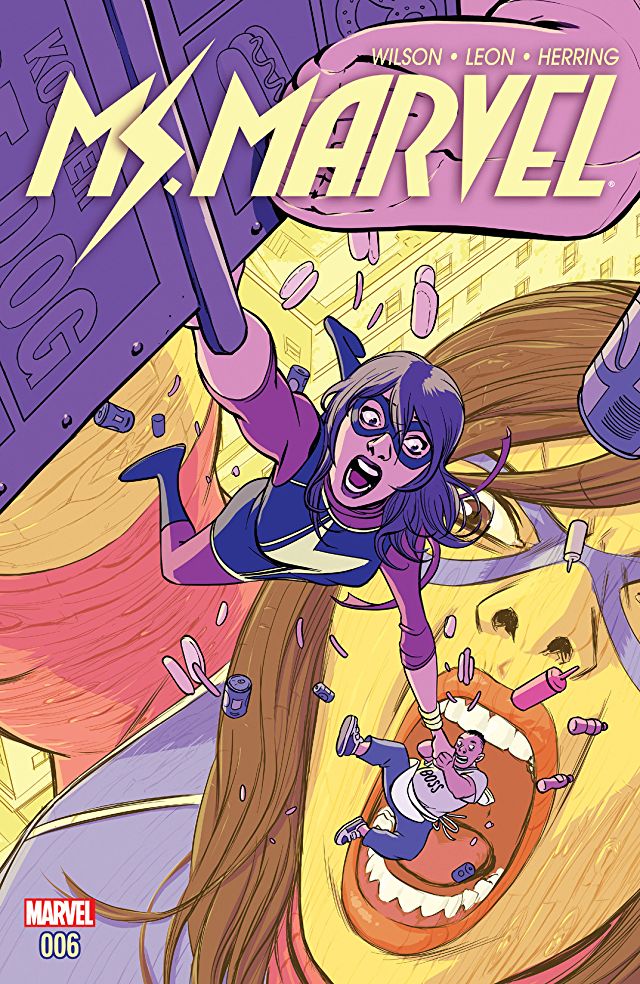 This issue, like many of Ms. Marvel, has it all: the laughs, the purely unorthodox action, the drama, the awesome supporting characters…

[divider type=”space_thin”]
The shenanigans of Kamala’s most recent troubles of being a teenage superhero come to a head here: Loki’s magical Golem maker has created one too many Kamalas that are storming the streets. There’s a giant Kamala crashing the party for her brother’s wedding. There’s also normal-sized Kamalas at the corner store, at the school, at my Auntie Kim’s apartment… it just makes me wanna yell out:

There’s so much going on this issue but it’s not overwhelming. Our favorite cinnamon roll/teenage superhero is at a loss for what to do — she never had a manual. She’s always been trying to do it all and be (literally) in more than one place at a time! She really does mean well and there’s a moment where she falls on her knees with a realization that she needs help. A realization that the methods that she’s been using aren’t working. She takes out that pendant her hero Captain Marvel gave her to call for help and waits. 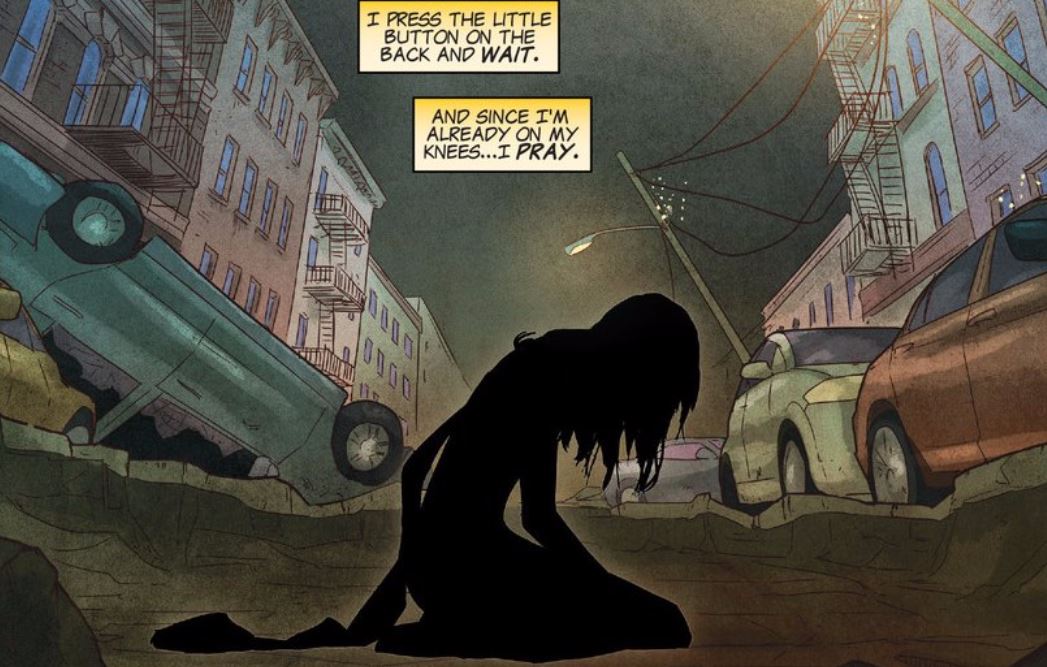 A particular scene of a news reporter on camera being filmed near the action was a perfect setup for the upcoming Civil War storyline event: a local woman grabs the news reporter’s microphone and hollers a bit about superheroes being unsafe and making her home turf unsafe. And while it’s safe to assume that everyone in town doesn’t hold the same attitude towards Ms. Marvel, it’s definitely a growing concern for civilians everywhere and an attitude that I’m sure will show itself again very soon. The panels of Captain Marvel and Iron Man going all SUPER SUPPORTIVE AND MOM/DAD-LIKE WITHOUT THE JOKES ARE GRAND. Issue #6 is an issue of Ms. Marvel that is in a class of its own. 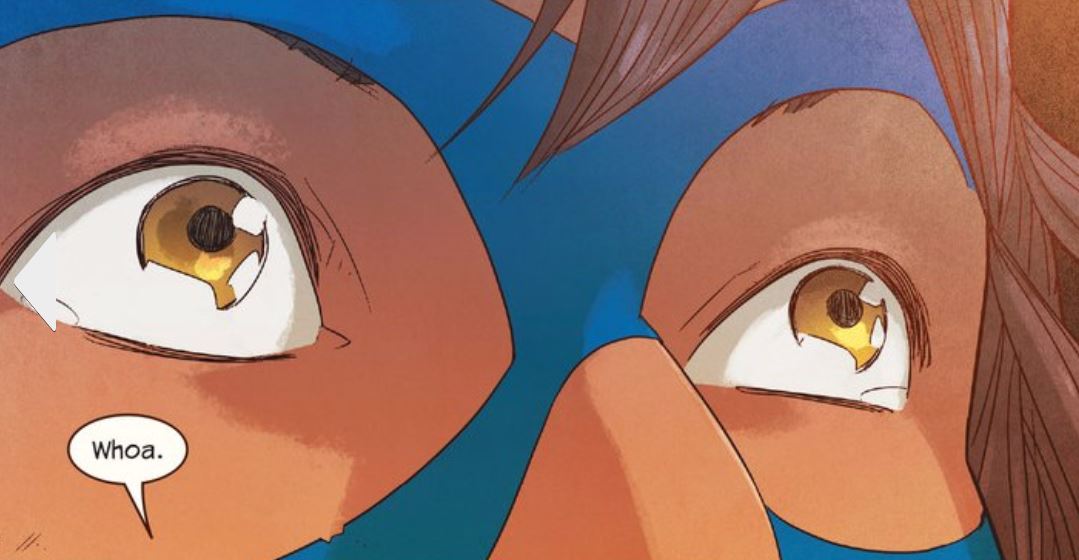