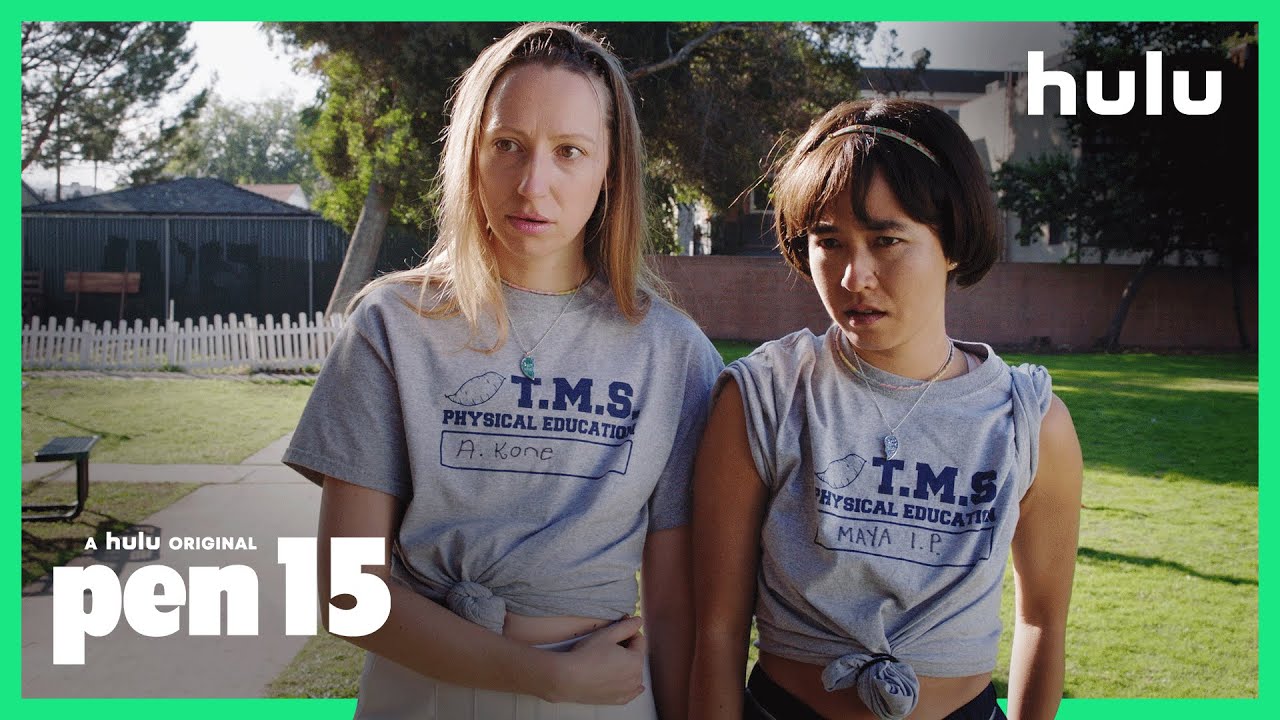 We’re entering a new age of comedy. We’ve been in the awkward comedy era of the Judd Apatow’s and Wes Anderson’s since the 2000s. But now is a time when the never-ending obsession of nostalgia morphs with modern awkward comedy, becoming something mesmerizingly cringeworthy. So nostalgic, it’s uncomfortable. So accurate, it must be based on true events. It’s like when Black folks reminisce about ass whoopins. You say, “Oh this one time I hurt for weeks!”. You laugh a bit, which turns to a giggle, then a long stare into the void…These are the formative experiences of your life. Writers like Phoebe Waller-Bridge and Michaela Cole have found a way to rehash this feeling and bring them to television, spawning a new dawn and we are hooked.

This is a look at this weird world we have entered where we torture ourselves with nostalgia and can’t look away.

The only way to explain this new genre is through the evolution of the ‘situational comedy’ itself. Since we are talking nostalgia we can begin with the Living Singles, The Family Matters, The Seinfeld’s of our history. These comedies took us on a trip through the exaggerated shenanigans of real life. A golden age of relatable humor – even if Friends was an alternate Earth where Black people didn’t really exist and a struggling actor could afford an apartment in downtown Manhattan. This age left us happier about our lives and hopeful for the world of possibility.

Then there’s the early 2000s, whoa: the experimental phase of freedom. We can make boy and girl bands, we can have edgier cartoons but maybe not like the 90s…A lot of homophobic and racist ish went down in entertainment right around then.

We also got to make fun of ourselves on film with Not Another Teen Movie, the Wayans’ Scary Movie franchise. We’re laughing at ourselves but at the same time, we’re getting older. More reflective and self-deprecating. So who makes a big splash? Judd Apatow. He ushers in the era of awkward situational comedy. It’s those parts of adulting that you were like, “Damn. We may never figure it out.” From Apatow, we get the 40-Year-Old Virgins and Superbads of this new genre-specific look at our adult life and all of the elements that have collided to make us act the way we do today. This was the literal playground for comedians who live to stick that awkward sh-t in your face and also roll around in it themselves. I’m talking about Romany Malco, Kevin Hart, and of course Paul Rudd. What a time for my funny ladies! Wanda Sykes gets in on the fun, Jane Lynch becomes a household name, and Apatow’s own wife Leslie Mann. But when the hilarity of our reality seems to get even more absurd we start to blend reality TV with the mockumentary to enter the age of TV’s cringe comedy. Thus The Office, and Parks and Recreation is born (The Office began as a British comedy, and we Americans were unable to resist making our own version). This played to our affinity for self-analysis through comedy and also the fun of mocking whiteness in real-time.

Once we stopped having fun, and started getting real (hehehe), comedy started taking a hit with the rise of call out and cancel culture. Real world issues are now being seen (as if) for the first time (it’s always been like this, just look at the 90s!) and we begin to hurt out loud. The things we thought were funny were actually pretty traumatic, and the internet will always win. Always. So how do we reconcile this pain when it also feels so good to laugh? How do we remember the exploration of freedom of times past while still condemning the core of some of those f**ked up parts? We ‘Swede’ it (Be Kind Rewind, anyone?)! We redo it. Reimagine it. Here, we enter the age of the reboot, the remake. But Black! But ladies! Don’t let the exclamation points fool you, we’re totally over it at this point. There’s only so many times you can make Ghostbusters, and these wack remakes of our beloved cartoons are effectively ruining our childhood.

So, why did we just take this journey? Because from here we’ve come to the actual streaming of our very existence. We can’t be angry at our upbringing and our current reality. But we can’t exactly laugh in its face either – those wounds are still healing. So, let’s just do it again, but for real. Because when you think about it, it’s absurd but you love it. We get Awkward Black Girl, we get Broad City, and round that out with Chewing Gum.

“Hit Me Baby One More Time”

Chewing Gum is Michaela Cole’s first internationally recognized show. It chronicles her own experiences as a young adult (20s not teens) and some of the best displays of physical and emotional comedy of our time. Now Americans had not seen anything quite like this. Scenes so uncomfortable you just want to run out of the room but you stand in the doorway peering over the door frame at the television because you just HAVE to watch. Michaela’s introductions to sexuality are blended with terrible decision making hinging on nature and nurture. This along with the over-the-top interactions and outcomes amaze and torture viewers. It’s literally perfect for the day and age we live in.

Then Fleabag appears. What is it with British people? It’s like they invented an awkward, repressive, habitual existence. Phoebe Waller-Bridge wrote and produced Fleabag originally as a play in the Edinburgh Fringe Festival. Sweeping audiences off their feet Fleabag quickly became a two-season hit on Amazon. This show is perfection in its writing and the execution of revealing our most shameful selves and the unavoidably bad decisions we make because of that inner turmoil. But also recognizing we did not fully do it to ourselves, our surroundings, upbringing, and traumas build our patchwork of personalities. Somehow, against all odds, it’s also hilarious??? AAHHH! It gives viewers the most conflicting feelings but you somehow connect to Fleabag even with it being at its core a really white show. You see yourself in there somewhere – probably for all of the reasons mentioned in our journey through comedy and life.

“All the Small Things”

Which brings me to the main event.

Pen15. A Hulu original series in which characters Maya Ishii-Peters (Maya Erskine) and Anna Kone (Anna Konkle) play themselves at the age of thirteen, attending seventh grade in the 90s. Yes, they are in their early thirties playing their pubescent selves. Along with a series of other twelve and thirteen-year-olds, the two replicate the trials and tribulations of the worst time of all our lives: middle school. It is a terrifying and genius mechanism for storytelling.

Both Erskine and Kone have an uncanny knack for convincingly playing middle schoolers, to the point where suspending disbelief turns into a complete dismissal of their true age. It adds to the hilariousness of any given situation and somehow helps the viewer connect to the experiences on a whole different level.

You’re probably thinking, ‘as a black person, can I relate?’ I’ll say for any Black person who grew up in suburbia…YES! There are exact situations -from my life – played out in front of my eyes on Pen15. Down to choreographing dances to the Spice Girls and knowing you are the only one who can be Scary Spice. Season one takes you through the first days of seventh grade, losing friends you had in elementary school, learning what the popular girls do, and all the crushes.

Like Chewing Gum, the girls are also experiencing sexuality for the first time but they are preadolescents. So their desires exist on a smaller scale, with the main characters just wanting their first kiss to be special. Don’t worry, the show uses its wit and clever nature to stay within respectable boundaries. As soon as any kissing scenes occur we are in a deep close up of what is clearly two consenting thirty-year-old adults performing the kiss or fondling. It’s so clever, one of the age replacements for the male characters almost has a full on mustache! I appreciate this SO MUCH because it makes it EVEN more awkward and hilarious! Aside from the mechanics of the show, Pen15 is the perfect amalgamation of the nostalgia of our childhood and the traumatic experiences that helped define us. The way we learned to treat our friends, the pranks we pulled during sleepovers that you look back and think, ‘damn…we were f***ked up’. From the exploration of our own bodies through to the emotional rollercoasters we went through and brought our parents along for the ride. I dare you to find one theater nerd who can’t relate to episode 6 (“Play”)!

For the writers to choose middle school, and the specificity of those experiences, helps wade through the trauma in ways we never have before. The bell bottoms, the slicked back hair with the two strands in your face (basically the SWV hairstyle).

You realize what kind of person you are now because the show displays, with so much accuracy, how ridiculous everything was. It’s hard to explain and kind of corny, but this age of comedy is teaching more now than ever – you have to look to the past to know where you are going in the future.

Although it hurts, and brings up some overlooked trauma, it’s essential and painful laughter. I can’t wait to see what other cringe-worthy comedy joins Pen15 and Insecure in this torturous and worthy category.