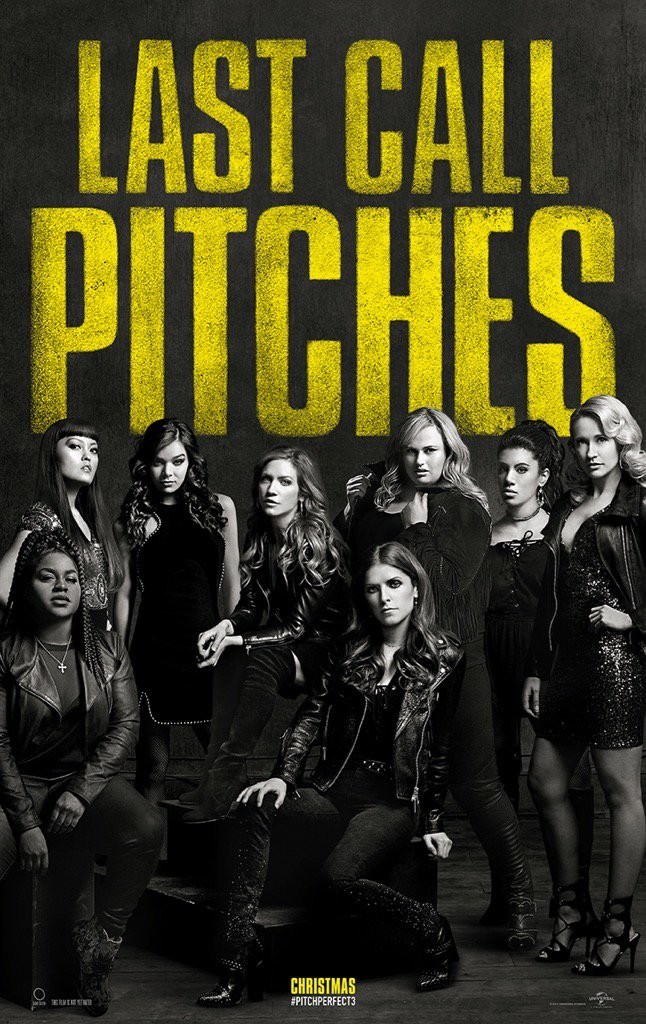 It’s safe to say that 2017 has been the year of characters coming out of retirement. We’ve got Old Man Logan, John Wick 2, Samurai Jack, Lightning McQueen making their final comebacks and now the Bellas are returning to theaters for one last job in Pitch Perfect 3. 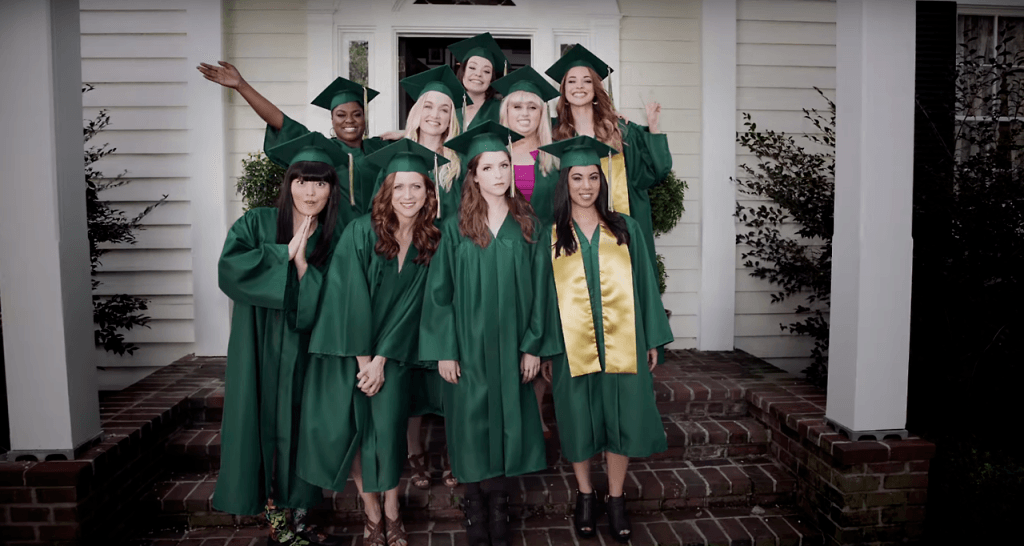 The premise for this movie is good as it focuses on what happens to the Bellas class we’re familiar with once they’ve graduated. The work force is a whole other animal and the girls are not assimilating well. There’s a chance to sing together again for another competition at The USO open which is what gets the group back together. However, The Bellas will be out of their element this time around.

There aren’t other a capella groups The Bellas will be competing against full blown bands with original songs, followings, and fandoms. I think it’s safe to say, they’ll need more than a song about a flashlight to pull this win off. …Yeah, it’s years later and I’m still saying Das Sound Machine washed the Bellas in Pitch Perfect 2. I’m climbing that hill and dying on it. Their competition this year looks to not be about any parts of the fuck shit either.

Anyway, there looks to be a plot focusing on way more than just the singing this time around as we got Michael Bay level explosions, fight scenes, and action clips happening. I’m hoping this isn’t going to get too far fetched as we see Fat Amy fighting using sausage links as nunchuks. Didn’t think I’d be saying that sentence in my lifetime ever. I’m hoping this time around the racial stereotype jokes are put on ease cause they were full blown in the sequel. I’ll be there for this cause your boy is a completionist.

It’s the last time around for our girls (A reboot is going to happen in 6-10 years I can feel it) and although it’s the final movie for the series, we’ll get to see how it’ll all play out for The Bellas in their grand finale.