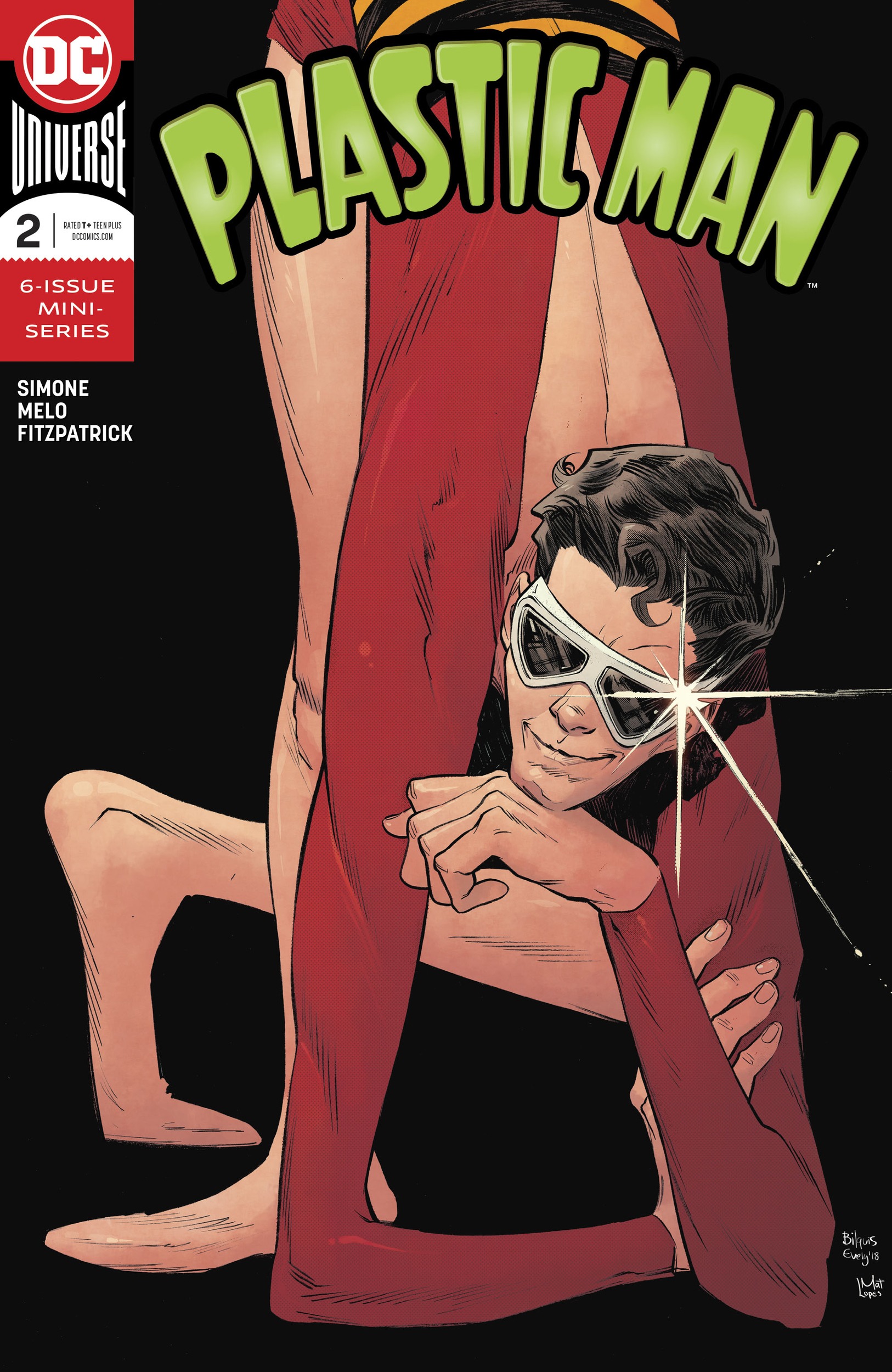 I love this comic so much. It is insane and ridiculous, yet one of the most touching redemption stories I’ve gotten a chance to read in a while. If you’ll pardon the pun, Plastic Man stretches the imagination to do so many clever things you’d have to shapeshift some additional hands in order to keep track of it all.

Eel O’Brian is having a difficult day. He’s trying to find Pado Swakatoon, and as utterly bizzare as the sentence continues to look like to me, it sets up an unexpectedly strong emotional throughline with this issue. Plastic Man is a former criminal, kind of a loser, and is exceedingly cognizant of that. While he has very little understanding of the limits of his powers, he wants to go down the proverbial straight and narrow. He’s trying to be a good guy, struggling to do right by his fallen friend and the people he encounters. Despite this, he’s also a child at heart — who uses his ability of shapeshifting in increasingly implausible ways that will put a smile on your face. 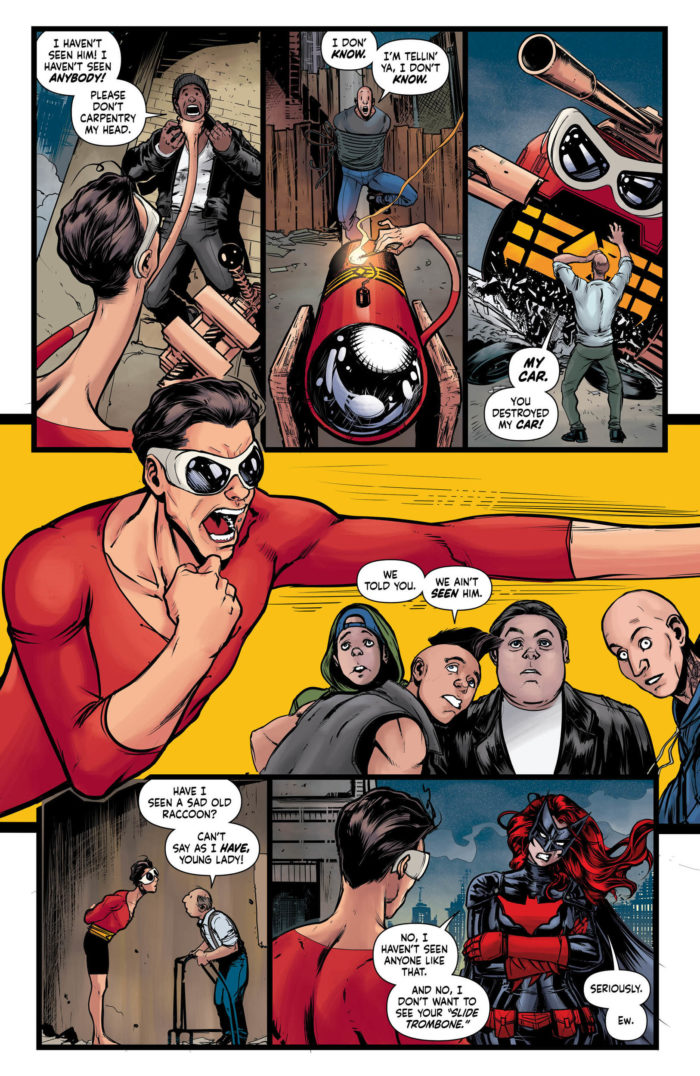 Simone nails the happy-go-lucky dialog you’d expect from a street-smart ex-gangster. Meanwhile, Melo makes every single one of Plastic Man’s variations an absolute joy to inspect. Together, the two have created a list of fun things to see Plastic Man turn into, and reasons to put him in increasingly absurd situations. But the comic as a whole works because of its emotional resonance. Eel O’Brian is very much driven by the knowledge that he was a deeply flawed individual. The ghosts of his past influence the decisions he makes in the present. There’s a very clear cause-and-effect, with just enough pressure from outside forces that make for a particularly explosive narrative.

There are so many twists and turns, ‘a-ha’ moments, and winks at the reader in this issue. Here is a wonderful, colorful world of sex, crime, and conspiracy; with a quirky charm to it. Simone and Melo are an immaculate duo, and will make you a fan of Plastic Man in short order.

9.5 “Fun Items In the Painful, Dehumanizing Morass of Immorality and Poverty” out of 10