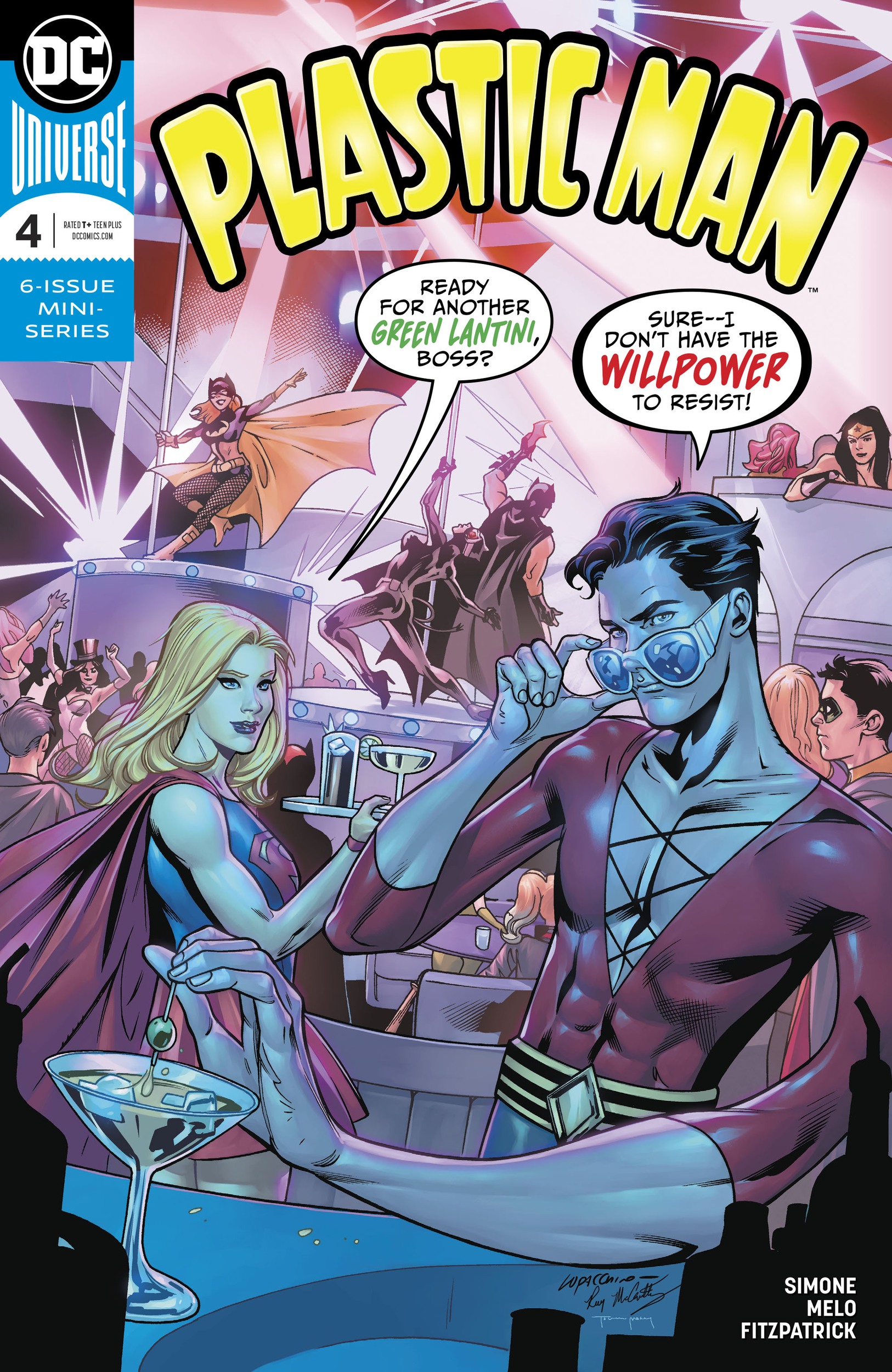 REVENGE of the CURSE of the HORROR of the CREATURE

Y’know, it’s goddamn shameful that I have not spent more time talking about Eel O’Brian’s child companion, Pado, much more, because honestly they give the entire story a much needed element of emotional dimension that runs perfectly perpendicular to the antics and quirks of Plastic Man. As much as this is a story about a horrible murder in a seedy city that may or may not have been perpetrated by an evil Cabal menacing in the background, it is a story of transition. It is a story rooted in this idea that we are allowed to change ourselves and help each other accept those changes. Plastic Man’s elasticity combined with his sleezy nature make for some childish and outdated moments, but by that same virtue having Eel O’Brian help mentor Pado shows a consistent growth, shows an attempt to be better.

I could sing praises forever about how Simone has handled the character. He has an incredibly unique swagger about him as he casually stops muggers, pickpockets, and dirty pockets with the span on a single page. Melo’s artwork continues to be the perfect blend of old school mafia movies with just enough of a modern superhero sheen to keep things fresh. 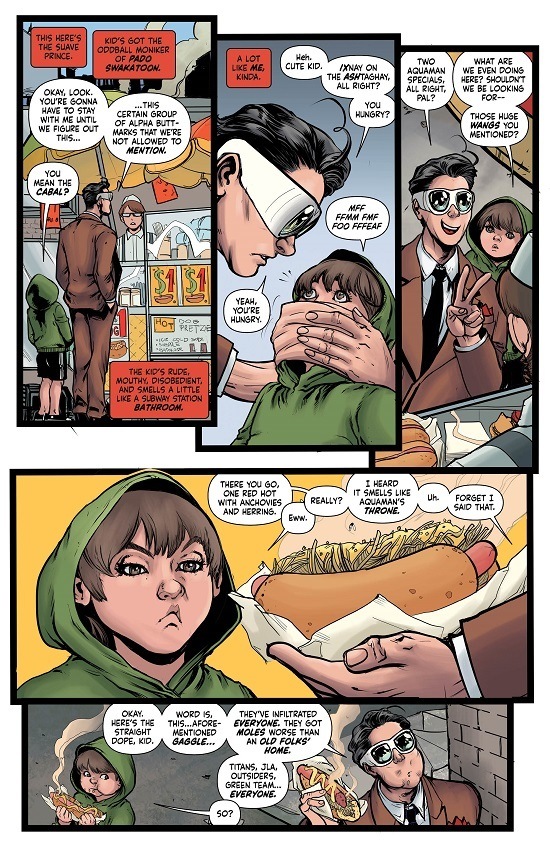 The range that these two creative forces have is incredible, and there is just as much emotional resonance during a back-to-school shopping session for Pado as there is during the investigations of murder. It also helps that Obscura/Munira is a wonderful straight woman to the bendy O’Brian. Plus, there’s a little callback that dedicated Simone fans will be delighted to see in the back half of the book that I won’t spoil here.

The joy of Plastic Man is the joy of the absurd. If you will pardon every single one of the puns I’m about to make, it’s a title that stretches the imagination of what you think superhero stories can do. It’s a story that you can chew on like taffy. It bends all of the classic genre tropes and transforms them into something wonderful to behold. Plastic Man is just fun, unashamedly so, but also has one hell of a heart of gold at its crux.